ABDILLA. On September 19, at Sir Anthony Mamo Oncology Centre, VICTOR, of Sliema and residing in San ġwann, aged 70, passed away peacefully comforted by the rites of the Holy Church. He leaves to mourn his loss his wife Miriam, his son James and his wife Janice, his daughter Arielle and her husband Clint, his grandchildren Leah, Nicole and Dean, his mother Helen, his brothers and sister Frank, Anthony, Isabelle and David and their respective spouses and families, his parents-in-law Catherine and Grazio Ebejer, in-laws Fr Richard SDB, and Brian and John and their respective spouses, Jacqueline widow of Edwin, aunts, uncles, cousins, nephews and nieces and other relatives and friends.
The funeral leaves Mater Dei Hospital on Wednesday, September 23, at 8am for Our Lady of Lourdes parish church, San ġwann, where Mass praesente cadavere will be said at 8.30am followed by interment  at Santa Maria Addolorata Cemetery.
Lord, grant him eternal rest.

BONNICI. On September 18, at Mater Dei Hospital, GEORGE, aged 85, passed away peacefully, comforted by the rites of Holy church. He leaves to mourn his loss his wife Maria Dolores née Inglott, his children, Brian and his wife Marthese, Steve and his partner Angela, John and his wife Michelle, Alan and his partner Verjinia, his grandchildren Jade and Michael, Zac and Yoanna, Stephanie, Andrew, Luke and George, his great-grandchildren Mia, Freya and Joe, his brothers Alfred, Charles and Victor, in-laws, nephews and nieces, other relatives and friends.
The funeral cortege leaves Mater Dei Hospital tomorrow, Tuesday, September 22, at 8.30am, for the church of St Mary of the Angels, Baħar iċ-ċagħaq where Mass praesente cadavere will be held at 9am followed by interment in the family grave at Santa Maria Addolorata Cemetery.
Lord, grant him eternal rest. 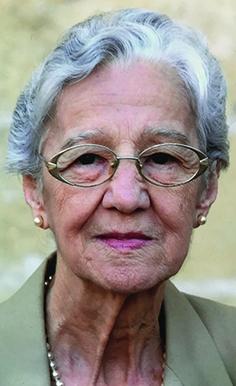 FABRI. On September 19, at St Joseph Residence, Fgura, EMMANUELA (Lily) widow of Lawrence, aged 94, passed peacefully away comforted by the rites of the Holy Church. Loved and remembered by her sons Brian and his wife Norma, Ray and his wife Anna and Simon and his wife Miriam, her grand-children Gabrielle, Karla, Aimeè, Genima, Noah and Jean-Marc, her great-grand-children, Sofia, Francesca, Henry, Robin and Evie. Her brothers Carlo and George and his wife Imelda and her sister Anna and her husband Frans, her in-law Louis and their families, other relatives and friends.
The funeral cortege leaves Mater Dei Hospital tomorrow, Tuesday, September 22, at 2pm, for St Cajetan parish church, Ħamrun, where Mass praesente cadavere will be said at 2.30pm followed by interment in the family grave at the Vittoriosa Cemetery.
Lord, grant her eternal rest.

A thanksgiving Mass will be celebrated today, September 21, at 7pm at Il-Kunċizzjoni, Rabat, Malta. It will be to give thanks to God for the services rendered by the Youth Football Association. Secretary, members and ex-members of the Y.F.A. are kindly invited to attend. Mass will be live streamed on il-Kunċizzjoni ta’ Vera, ir-Rabat, Malta. Route: Roman House, Bużugrilla, Wied il-Fiddien, Bieb ir-Ruwa and il-Kunċizzjoni.

CORDINA. In loving memory of JOSEPH on the first anniversary of his passing. Fondly remembered by his wife May, children Ralph and his wife Elaine, Lynda and her husband Bjorn, Eric and his wife Claire, his grandchildren, brothers and sisters, in-laws, family and friends. A Mass for the repose of his soul will be said today, Monday, September 21, at 6.30pm at Tal-Ibraġ parish church.

GRECH. In everlasting memory of our dear DAVID, a loving son and brother, today being the 29th anniversary of his tragic death. Always loved and never forgotten. Lord, grant him eternal rest. Mama and Chris.

GRECH. Treasured memories of our dearest DAVID on the 29th anniversary of his meeting with the Lord. Joan and the cousins.

NAUDI – ALFRED and EVELYN. On the anniversary of my father. Always in our thoughts and prayers. His daughter Tania, Peter Paul Portelli, his nephews and niece, Fr Claude, Pierre, Andre and Clarissa.

PARNIS – TONY. In loving memory of a beloved father and grandfather on the first anniversary of his demise. Sadly missed by his children, son-in-law and his only grandchild. Lord, grant him eternal rest.

SCICLUNA. Loving and treasured memories of JOSEPH P., today the 18th anniversary of his demise. Greatly missed by his wife Sylvia, his sons Christopher and Mariella and Patrick and Monica and grandchildren Simon, Daniel, Brian, Andrew and Naomi. Lord, grant him eternal rest.