According to the health authorities’ daily update, six cases are part of the Mount Carmel Hospital cluster, four cases are connected to the Jurassic World crew cluster and three cases are from a Balzan football club group.

It is not known how many of the remaining cases are sporadic, since the health authorities said contact tracing is still ongoing for the rest of the cases. 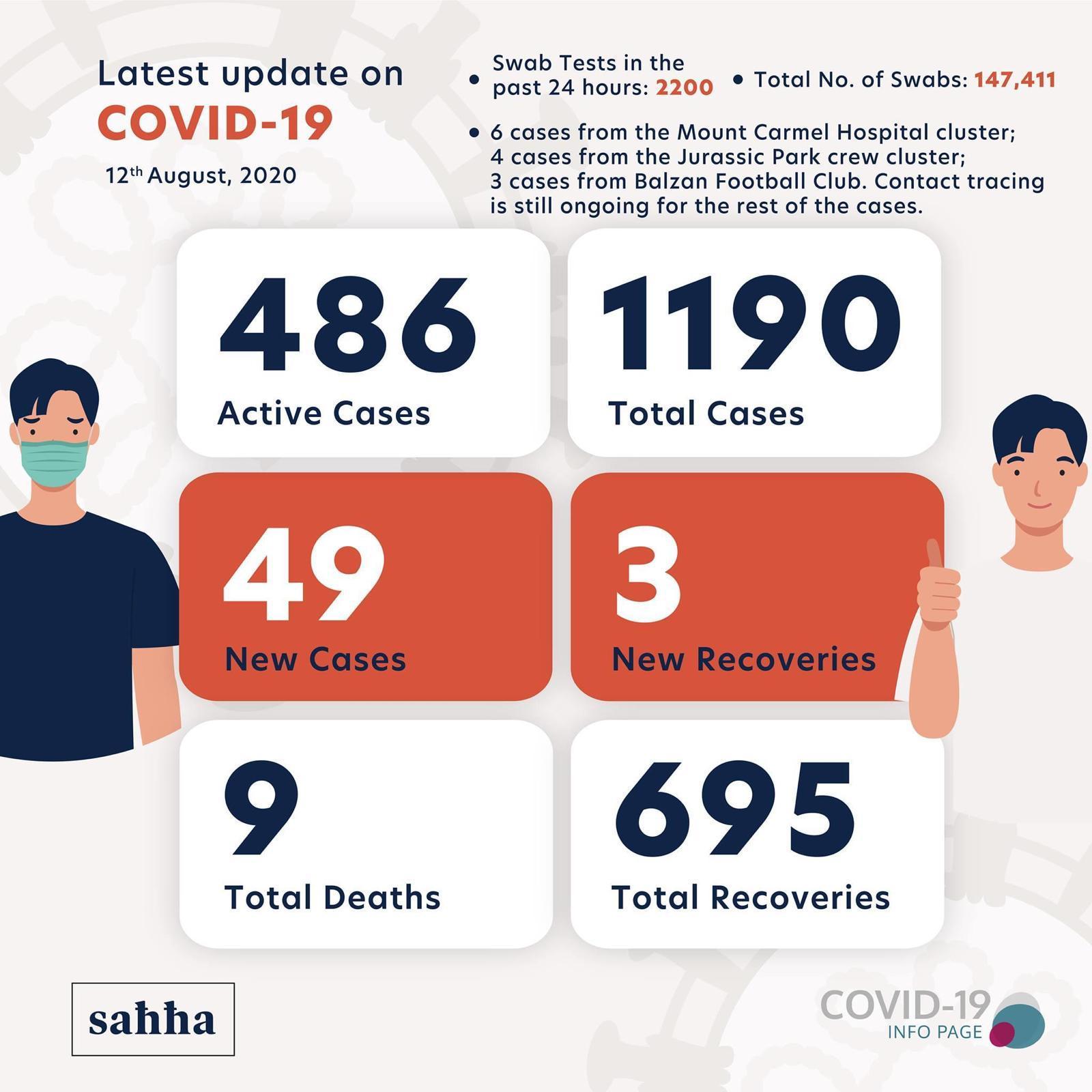 The positive cases were detected from a record 2,200 swab tests. This was the first time that more than 2,000 tests were carried out overnight.

In a statement, the Health Ministry appealed for responsibility and a stop to speculation in numbers and the spread of fake news, alarming people unnecessarily. A similar appeal was made separately by the Institute of Journalists.

There are currently no patients in intensive care and everyone should be cautious in their comments on patients in a critical condition, the ministry said.

The ministry thanked health workers for doing everything possible to fight the pandemic.

It explained that swabbing is one of the most effective measures against the spread of COVID-19 because positive cases will be isolated and people who would have been in contact with them placed in quarantine, reducing the spread.

Times of Malta is informed there are seven patients at Mater Dei though their condition is good. No information on the remaining cases has been provided, though the health authorities had previously said the majority of patients are doing well and were being monitored at home.

On reports that the number of new cases could be higher than officially reported, the health ministry confirmed to Times of Malta there were 22 positive tests that were so-called repeat tests. The 22 patients had tested positive two weeks ago and were being re-tested to check whether they have recovered.

The latest figures were announced just hours after the doctors’ association said they would extend industrial action planned until today to Friday, giving the government an ultimatum to act.

The government has yet to react, though Prime Minister Robert Abela was adamant on Tuesday that the COVID-19 situation in Malta is under control, with most patients having only “mild” symptoms.

Despite the Prime Minister’s assertion, Malta continued to be booted off several countries’ safe travel lists.

As of Wednesday morning, those travelling back from the island to the Netherlands, Italy's Puglia region, Greece, Slovenia, Ireland, Latvia, Lithuania and Estonia must self-quarantine upon their return.