Malta hit a record of 112 new COVID-19 cases on Thursday, up by one from the record reached on Wednesday.

The number of active cases also surpassed 1,000 for the first time.

The grim announcement was made by the health authorities, hours after a  spokesman for the Office of the Prime Minister told Times of Mata that government updates on the stepping up of enforcement to help control the growing spread would be given "shortly". 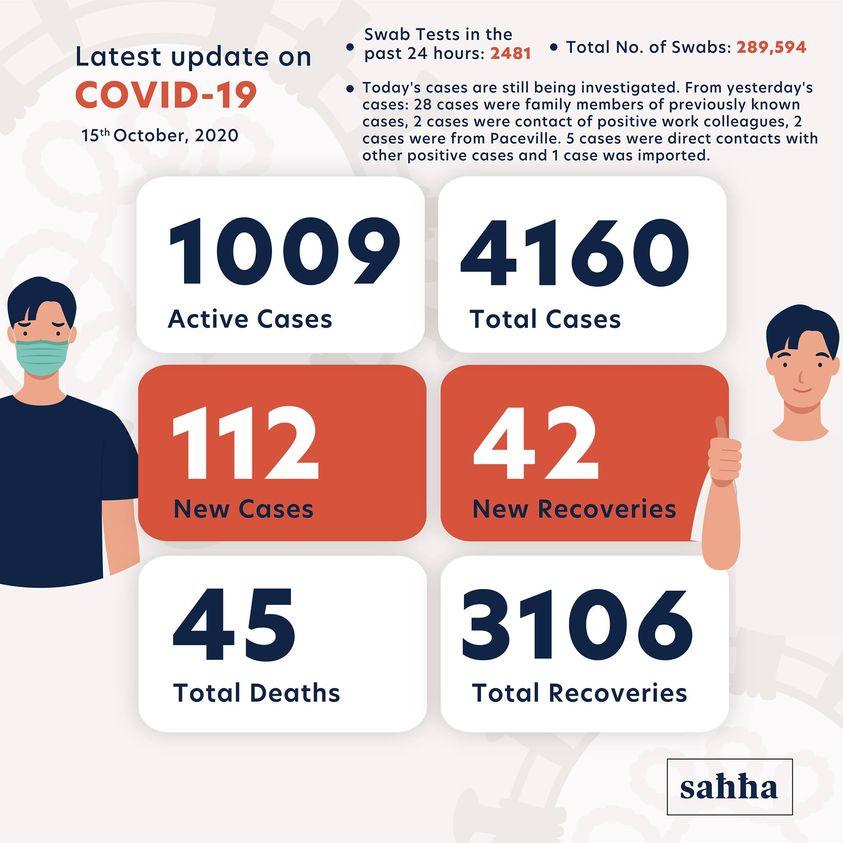 While the new cases are being investigated, the authorities said 28 of Wednesday's cases were linked to family members who tested positive, two were contacts with work colleagues, two were from Paceville, five were direct contacts with positive cases and one case was imported.