Two rival protesting groups went face-to-face outside parliament on Monday night, as anti-immigration protesters showed up at a demonstration in solidarity with the Black Lives Matter movement.

Most of the 300 or so demonstrators were there to voice support for racial equality, show solidarity with anti-racism protests in the US and call for justice for Lassana Cisse, a black man who was killed in 2019 in what police say was a racially-motivated murder. 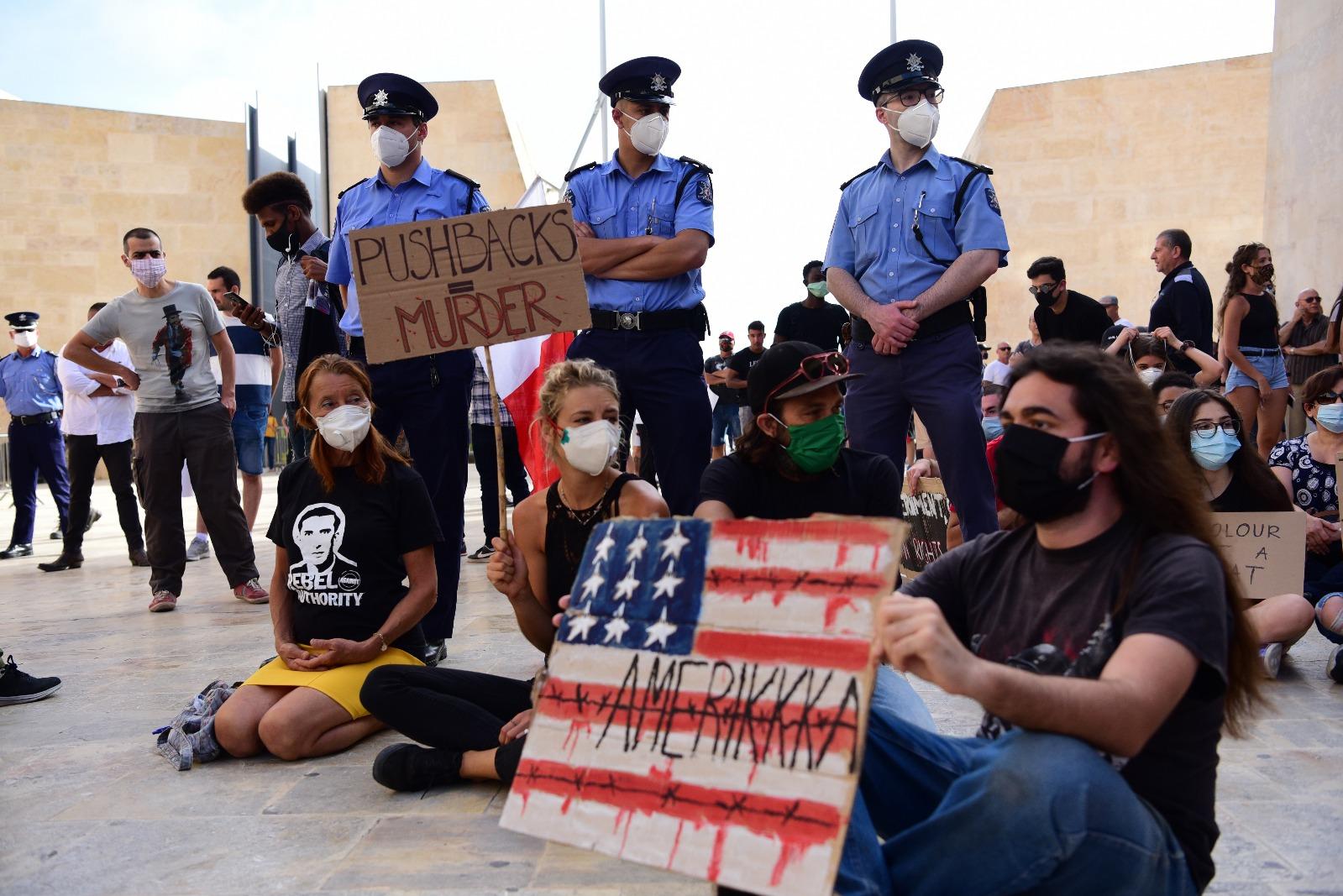 But another, smaller group of anti-immigration protestors held a counter-protest in the same spot, calling out chants including “this is my country not yours.”

One held a sign saying “we are not racists, we are patriots.”

Anti-immigration protesters showed up at the rally. Video: Vanessa Conneely

Police separated the two crowds as demonstrators from the anti-racism group spoke about issues surrounding discrimination, in both Malta and abroad.

The self-styled "patriots" eventually ended their demonstration and left the area peacefully.

Meanwhile, activists from the Black Lives Matter side danced to drum beats, with some holding signs which said “proud to be black” and “we are all migrants”. 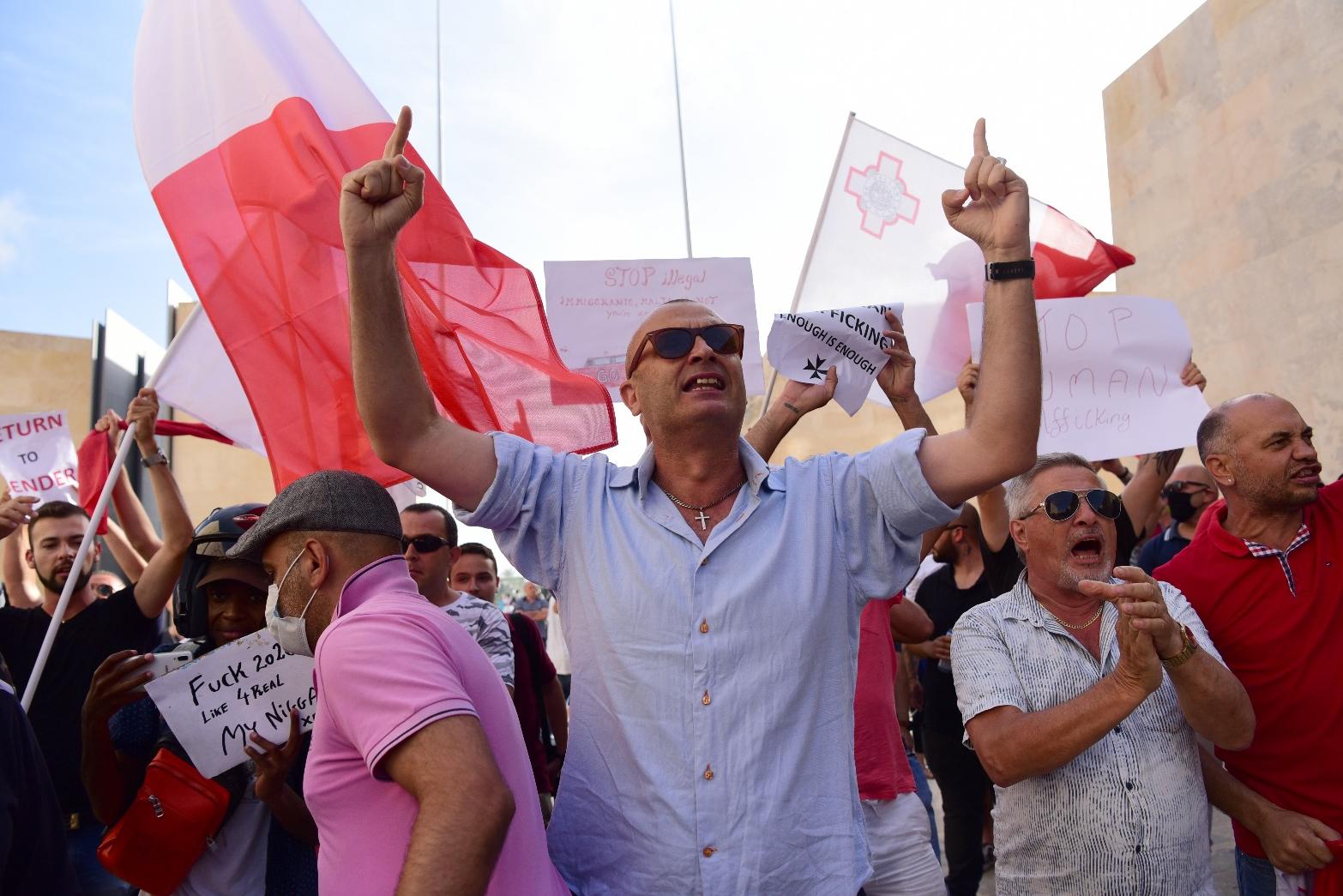 Some of the BLM supporters wore T-shirts with Cisse's face on them.

Others held signs saying “I can’t breathe” in support of George Floyd, the African American man who was killed by a police officer on May 25 in Minneapolis.

Among the crowd was Ousmane Dicko from the Ivory Coast. He has been living in Malta since 2005 and knew Cisse personally.

“I was the first person who was told when he was shot. We were so shocked to think that something like this could happen.” 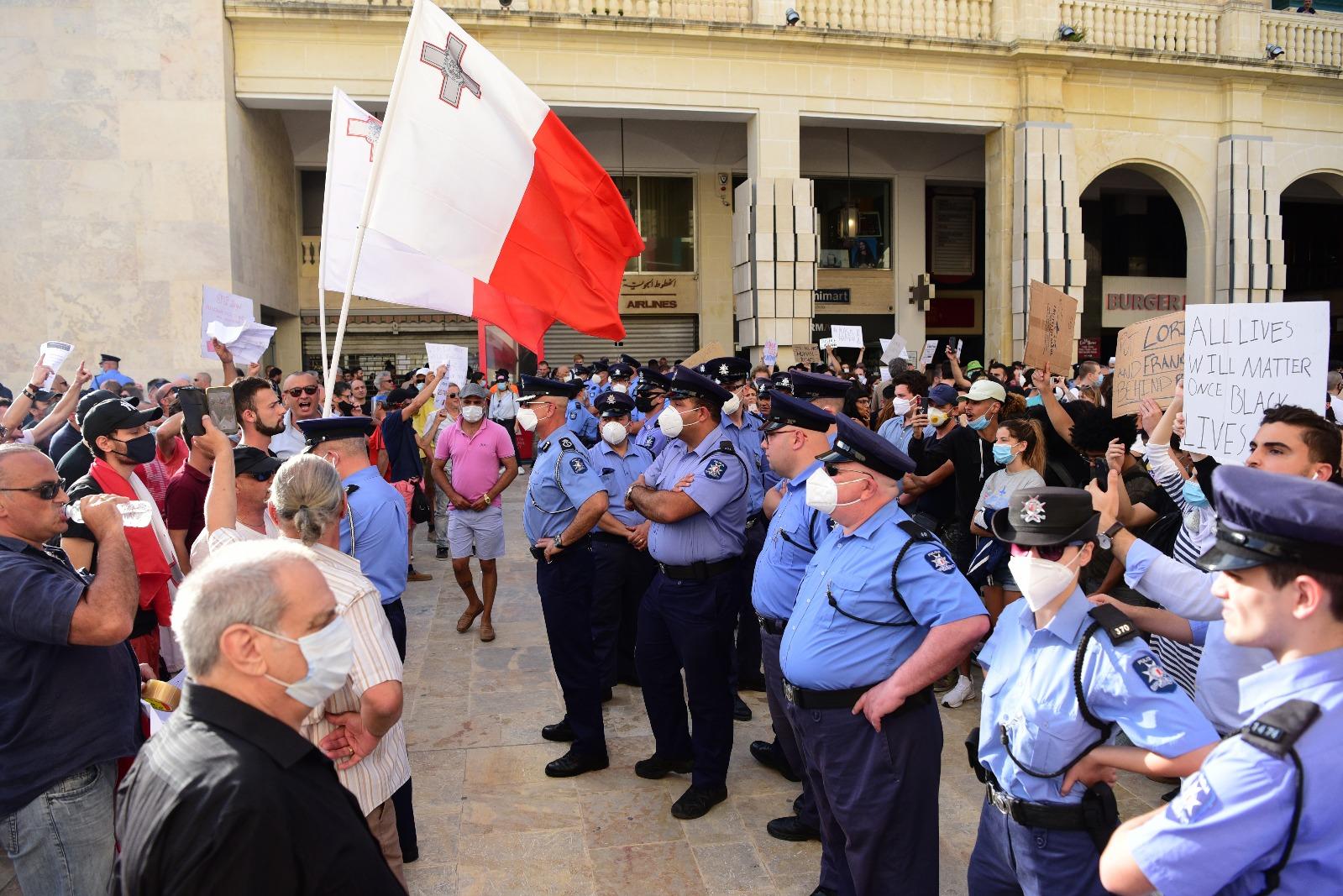 Dicko has been working with Maltese authorities to try and return Lassana’s body to his family in the Ivory Coast, but the process has been delayed because of the COVID-19 pandemic.

Rob Golfeo, a 22-year-old from the Philippines, said he was disappointed to see anti-migration protesters try to derail the event.

"It’s so senseless. They had their time to protest on Sunday, but they chose to hold a counter-protest on Monday.”

Activists eventually walked down Republic Street before looping back towards the Office of the Prime Minister and then heading down towards Floriana.

Golfeo said he had experienced racism in Malta.

“When news of the COVID-19 virus began spreading, Asians here could feel a shift in how people treated us. We were stopped going into shops and told to wear a mask. This was long before people started wearing masks here.” 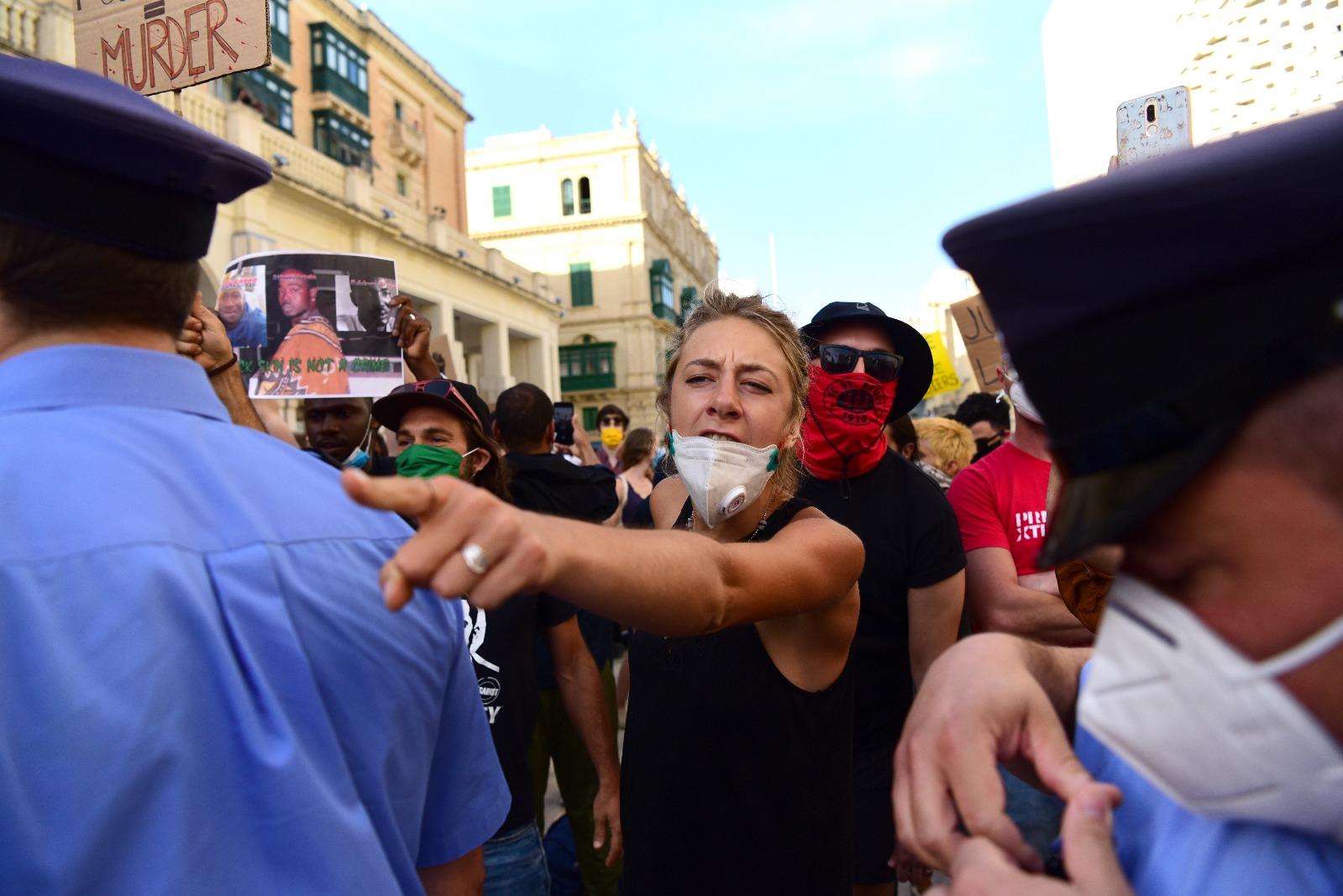 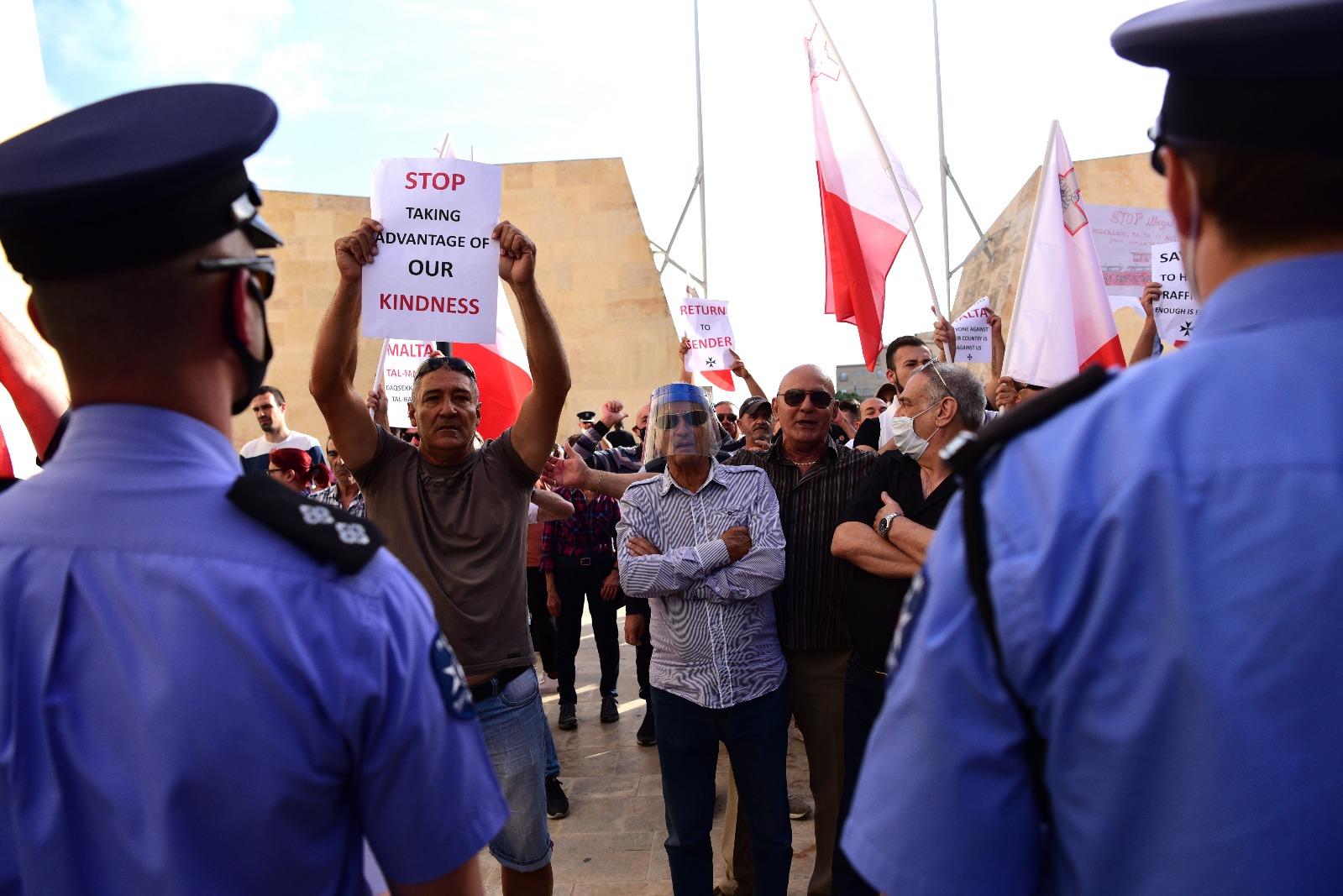 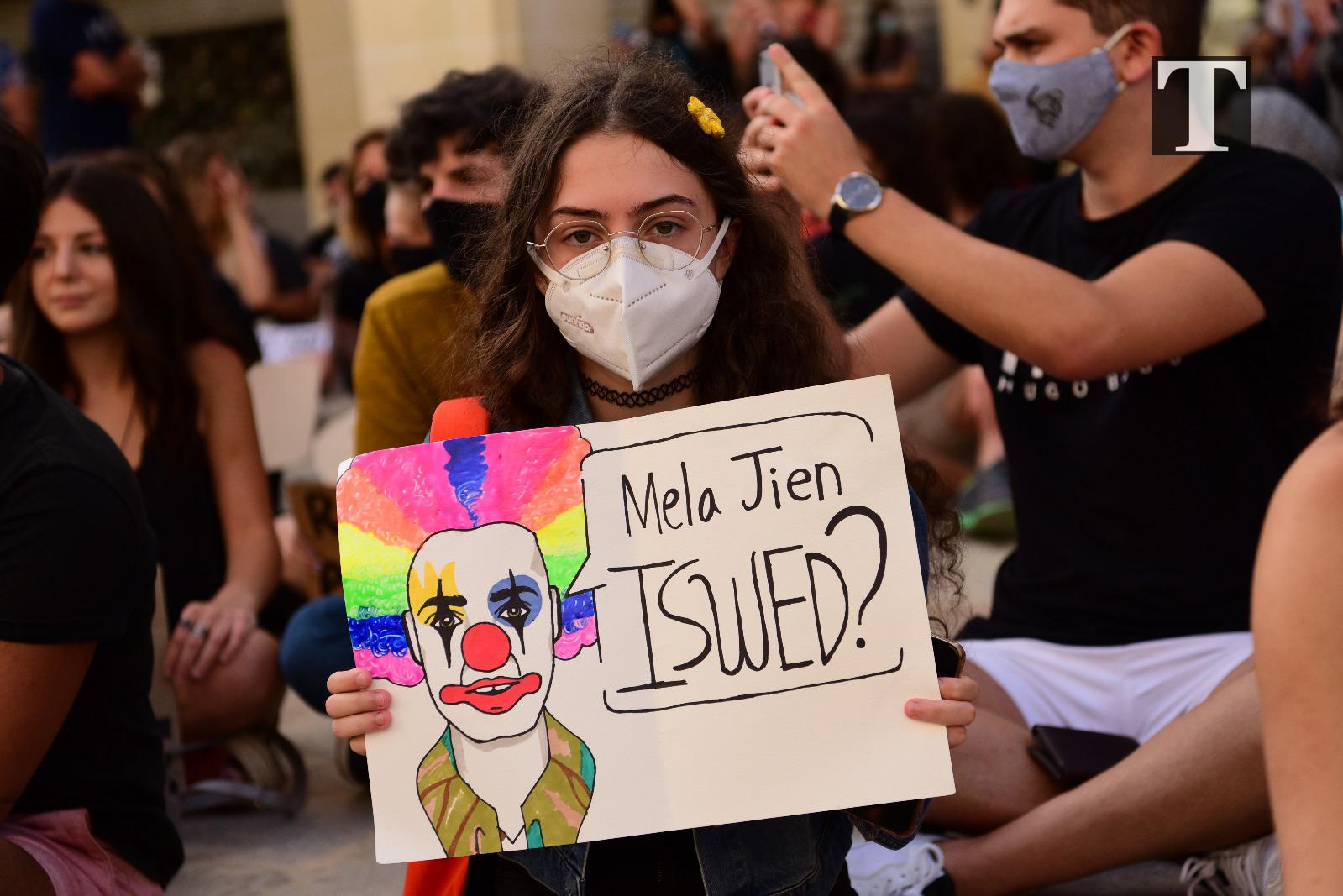 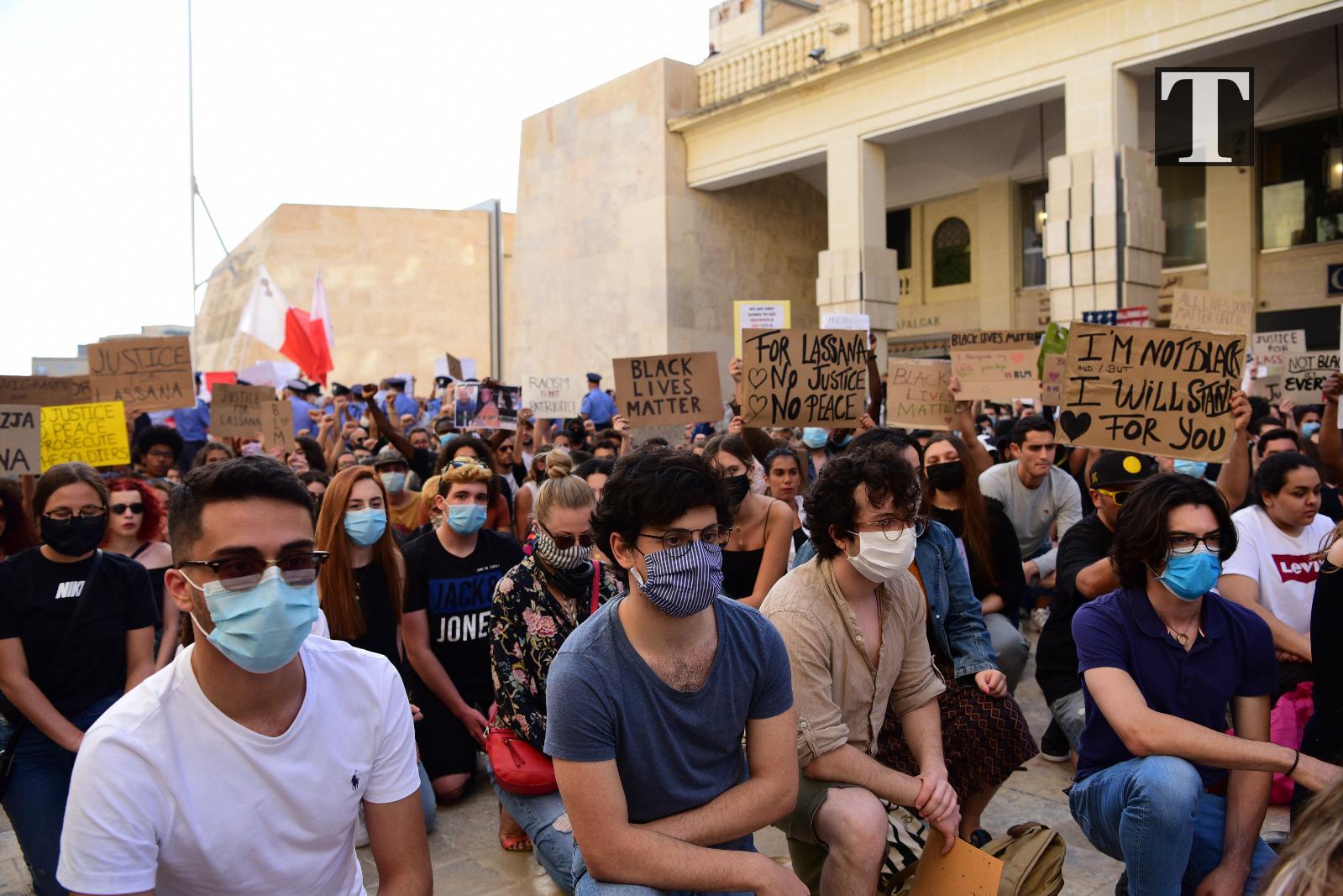