Friends and colleagues of Antoine Degabriele, who died in a suspected hit-and-run incident, gathered on the fatal spot in Żejtun on Saturday afternoon to pay tribute to a "man of many talents".

Around 20 people laid flowers and candles on the spot where the victim was found shortly after he was run over on Friday. A 21-year-old is in custody suspected of causing the death.

Struggling to hold back the tears, his friends stood in the heat as the traffic on the busy thoroughfare zoomed by.

They laid a framed picture of Antoine on the pavement showing him pour a coffee from behind the cafe bar where he worked.

Lynette Zerafa, the owner of the Southeast cafe where he worked, said that while he was much older than most of the other cafe employees, he was often the one organising impromptu nights out or gatherings for the group.

“Everywhere we went he came with us. While he was single, he was never lacking company.

Described as a man of many talents, Zerafa said Degabriele was a kind and creative person who always had a kind word waiting. 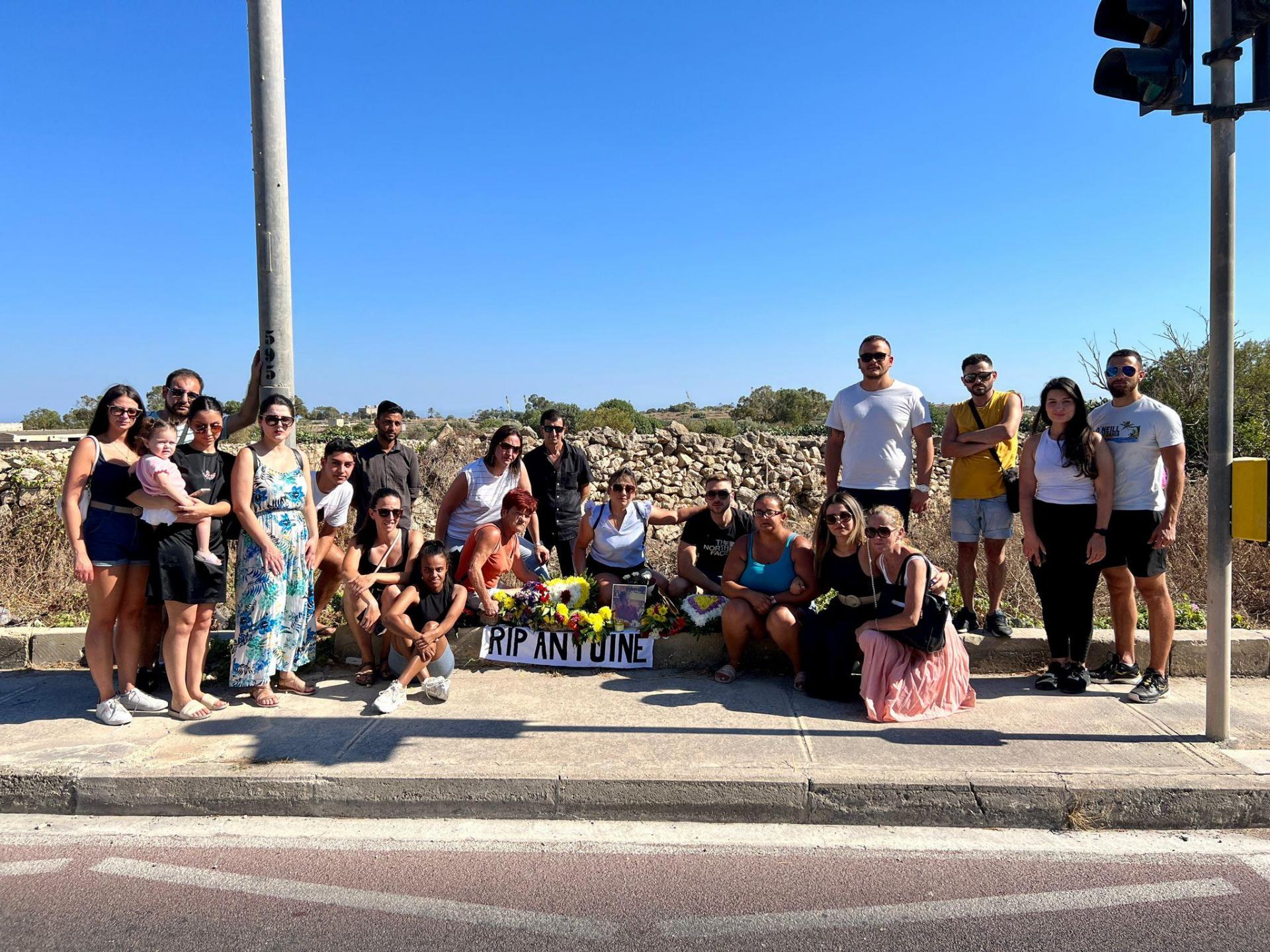 Friends and colleagues gathered on site on Saturday afternoon.

“He always knew the right thing to say if you were having a bad day and he was quick with a joke, but never at your expense,” she said.

“He was also a very talented artist and he often used to draw. He loved to cook and behind the bar he created one-of-a-kind cocktails at the drop of a hat. He even loved to decorate. In fact, Christmas used to drive him wild.”

Another colleague, Trisha, said Antoine had been excited about moving into a new home.

“He was conflicted about leaving his parents’ house as he loved them very much. In fact, he called his mother every day. But he was looking forward to having a new apartment and getting to decorate it. He even jokingly told me he was going to pick up more shifts as he had expensive tastes.”

The group said they would be commemorating Degabriele the way he would have liked, by having a drink together and remembering all the memories that they had shared together over the years.

Meanwhile, the victim's nephew revealed that he had a driver’s license but never drove out of fear.

In a Facebook post paying tribute to his late uncle, Samuel Farrugia highlighted the irony of his uncle’s unexpected death, describing Degabriele as an “incredible person who loved life”.

“You had a driver’s license but never drove because you were afraid, go figure that you would end up leaving us this way,” he said.

“You were one of the wisest people I ever had the pleasure of knowing. Thank you uncle for everything you gave us throughout your life.”

Degabriele, 51, was found on the pavement on Triq President Anton Buttigieg and certified dead on the spot.

Meanwhile, tributes from family and friends who knew Degabriele flooded social media in the wake of his death, including from colleagues who had expected him to turn up at the Marsaxlokk cafe that he worked at on the day.

“Today was too brutal, Toninu, how I waited for you to come for a coffee,” his colleague Chyrel said.

“Every morning it was our ritual, I would offer you a coffee or I would walk in and find an espresso waiting for me.”