Politicians, activists and columnists are from Mars but presidents, as we know, are from Venus. By their verbs and predicates shall ye know them.

Politicians attack, argue and propose; activists criticise, protest and oppose; columnists opine and speculate. But, in our system, presidents aver, declare and proclaim; they may do little else.

Politicians, activists and columnists query, interrogate and scoff. They suggest, champion and lobby. But presidents – even when they personally are certain, enthusiastic or sceptical – may only wonder aloud (as, say, George Vella did at Friday’s State of the Nation conference, when he wondered if the environment could be given legal standing). Otherwise, they risk trespassing into the controversialist world of Mars.

Politicians aspire to be thought of as having personality and sometimes succeed; columnists live in eternal hope, slipping in casual hints about their savoir-vivre the way starlets show some leg. But presidents are not personalities; they are personages.

It does not matter how colourful they really are behind closed doors. They may plant hot kisses on their spouse’s lips, sing in the shower and teach their grandchildren the Twist. Once outside the door, they are their role: warm but grave, human but stately.

As figures, they are both present and historic; they represent political history and, by virtue of their role, have already entered it. Unlike us, they are both real and a fiction, the personification of the impersonality of the state.

It is, therefore, unreasonable to criticise presidents for not criticising politicians or taking sides on matters of partisan controversy. A president can only do that if he resigns immediately after (which may be a dramatic statement worth making only in highly exceptional circumstances, seeing that it would open a path for a more pliant candidate to take office).

It’s also unreasonable to expect a president not to be platitudinous. He cannot depart too far from the broad social consensus. Should he have non-platitudinous thoughts to offer, he needs to disguise his daring – much as a lawyer needs to hide the innovative grounds he’s arguing for in the language of precedent and custom.

There is one partial exception. A president may go against current received opinion (“Bring back hanging!”) if he can invoke constitutional values. The constitution represents a deeper, older and more valuable consensus, an established understanding not only of what is good but of what guarantees the survival of our rights-based democracy.

Which brings us to the present moment. There is no doubt that the country is at multiple crossroads (‘crises’ by another name). It is handling the choices we need to make badly. There are the multiple cases of corruption, alleged with disturbing evidence by various authorities or documents leaked to the media.

Alleged corruption, on this industrial scale, in itself is a problem for the government, which has a duty to clear doubts. But in those cases where investigative authorities, like the National Audit Office or the ombudsman, have bluntly stated that key processes were illegal, there is the additional problem of how the illegalities are to be unravelled.

How do you rewind illegal promotions in the army while avoiding serious disorder in an institution that is key to national security? What are the ramifications of cancelling a power station project or the mega-contract at a state-run home?

The government has chosen to trivialise the findings and undermine the state’s institutions. But a government that took state institutions seriously would face a different set of critical problems.

Hence why we also have a crisis of trust, which goes beyond trusting this or that politician and is now breeding cynicism about institutions themselves.

This predicament needs to be publicly debated. But by the president? Given his institutional constraints? Far from lending his authority, he would more likely add the presidency to the number of institutions that are in critical condition.

Our mishandling of the current issues are leaving us ill-prepared to face real challenges, ostensibly of the future but, in fact, already taking root among us.

Our concept of citizenship is being shaken not only by a manifestly dodgy passport scheme. The digital revolution is reshaping our concept of belonging and identity. It doesn’t cancel geography and borders but it certainly obliges us to rethink them.

Our job market hasn’t just been rattled by a global pandemic. Automation challenges the very terms – a republic based on work – in which we define one of the pillars of civic dignity and creativity.

And it’s not just governments, the market and society that are making creative use of the possibilities opened up by the digital revolution. It’s also terrorists, organised criminals and malicious states and political actors that use fake news not merely to spread propaganda but also to undermine trust in democracy itself.

The only way we can address all these choices – from the present crises to those on the horizon – is to be vividly aware of a charter of values and parameters according to which we can debate. We cannot wish our differences away. But we can agree on the values which will be the lenses through which we assess our options.

These values are enshrined in the constitution. They define us as a community of destiny. Indeed, they define the sense in which we are a community and articulate just what kind of destiny we should count as a good one.

While the president cannot enter into controversy, he can promote the constitution as a set of values we should treasure. Here his role permits him to go beyond platitudes, to show what is living and vital about the document and how it’s the key to engendering the collective trust we need to face the future confidently.

The constitution doesn’t just need a guardian. It needs an apostle. And here, indeed, we can call on President Vella to serve that role with passion. 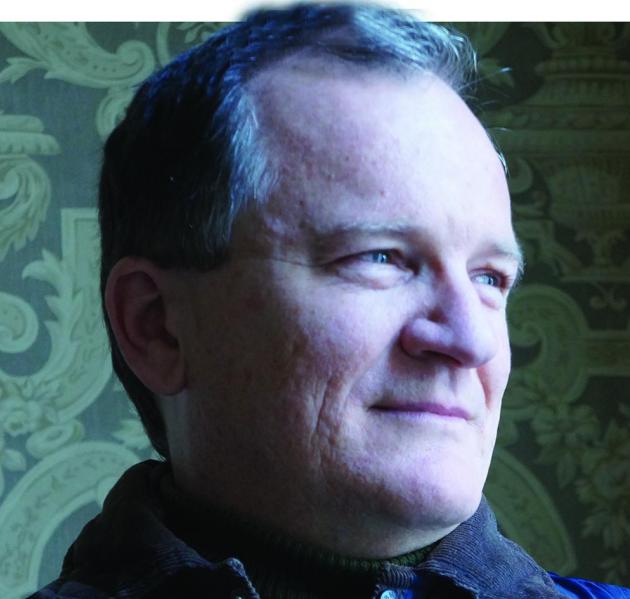