From being childhood summer friends where his reputation as Turu Rizzu was coined for saving several boats from running aground, in one of those Xemxija grigalati (strong north-east winds), to forging a lifelong friendship as members of the Exiles community – Christian Life Community (CLC Malta) we journeyed through life together.

A man of few words, Turu preferred taking action and lived greatness, integrity and values not for people to see but because he believed in what was right. His gentle and humble demeanour marked his leadership style wherever he volunteered but nothing ever stopped him from being committed. 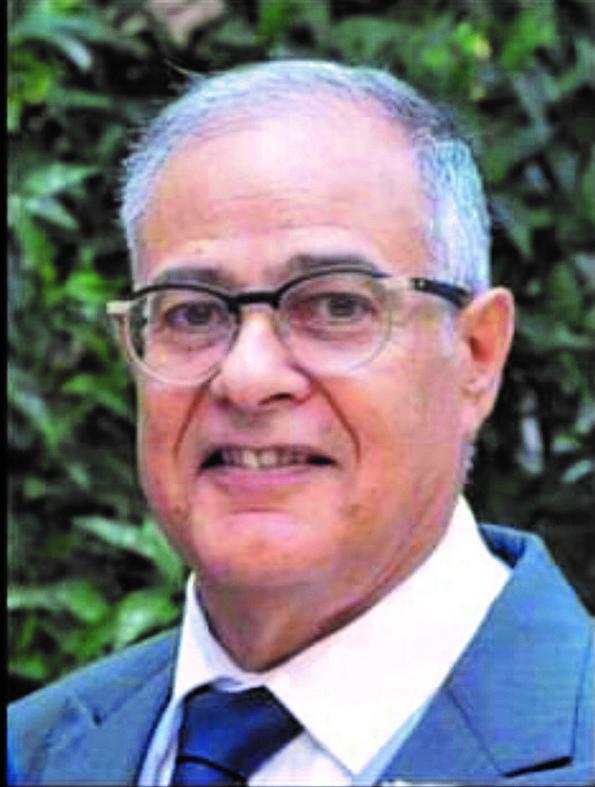 During the church schools saga of the early 1980s, he was dragged to the police depot after a students protest. And when St Aloysius College was a likely target, he mobilised a cohort of students to camp the night and defend the Jesuits. At St Aloysius College, he was also known for his skills at backstage.

An engineer by profession, Turu worked at Air Malta where he suffered political injustice, with a young family to care for, yet he remained resilient. In the private sector, he sustained severe burns because of an unwarranted accident at work that also hampered him for life.

While serving as CEO of Water Services Corporation and Enemalta, he also encountered backlash when his front door was torched while his family slept inside. And while serving as CEO of the Malta Resources Authority and of the Circular Economy Malta, Turu was a capable and determined professional with a principled heart.

At San Anton School, he was the Group Scout Leader who started the first school group with both boy and girl scouts. Turu was a hands-on sort of person, ready to lend a helping hand. The Exiles community owes him so much for those summer camps which consolidated our lifelong friendships. He was always our reference point for all things mechanical − a man of many hobbies, including a meticulous crib maker, a cyclist and a garden lover who also enjoyed fishing.

Turu was looking forward to enjoy being a nannu on the boat he recently bought but sadly it was too short-lived. Yet his wife Heidi, son Luke and daughter Clarissa can be proud of him forever and tell those darling grandchildren that they will always have their nannu watch over and protect them.

He was never afraid of stormy waters. From the grigalata at Xemxija where he heroically jumped in to save boats, to the last tempest he faced against a fast degenerative ALS, he still swam against the current with earnestness, to ensure he leaves his family safe and well looked after.

This is the mark of a resilient and very humble Christian − a man at the service of others till his very last breath. I look back with deep gratitude, for having been gifted with such a unique friend as Turu.

May all the choirs of angels come and carry his soul up to heaven where he belongs.

His farewell will take place tomorrow, Monday, May 16 at 2pm, at the Church of the Divine Mercy, Naxxar.

Also on behalf of CLC Exiles