Men, women and plenty of children disembarked in Malta from the migrant rescue ship Aquarius on Wednesday afternoon, and the government announced a few hours later that Italy had agreed to join five other EU countries which have agreed to share them.

The ship's arrival in Malta marked the end of a five-day saga which saw it denied entry by several Mediterranean states.

Loud cheers from people aboard could be heard as the vessel made its way down the Grand Harbour to Senglea's Boilers Wharf, where it berthed across the creek from a luxury cruise ship. 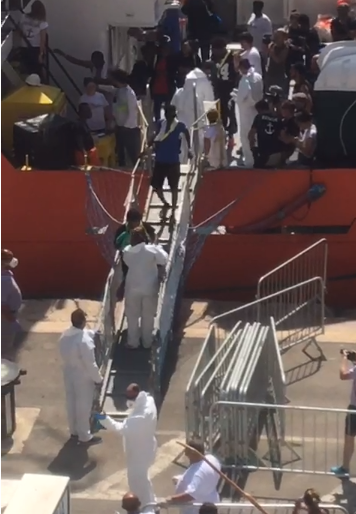 Police and Armed Forces of Malta personnel were on hand to oversee the disembarkation process and take the 141 migrants rescued by the Aquarius to be registered and medically screened.

Members of the right-wing group Moviment Patrijotti Maltin unfurled a banner reading "Stop Human Trafficking" as rescued people prepared to disembark. Right next to them, crew members of another rescue vessel, the MV Lifeline, held up a banner of their own.

“Everyone has a right to life,” the banner said.

According to Doctors without Borders (MSF), more than half the people on board, 73, are minors, with the vast majority unaccompanied by a parent or guardian. Most are “chronically undernourished”, MSF said in a tweet. Some of the rescued children told crew members they had been kidnapped in Libya.

Some of the migrants waved as they were taken off the ship, one by one. And one of them got a special send-off, with members of the crew singing Happy Birthday to him.

The rescued migrants will be taken to a reception centre in Marsa. From there, they will be relocated to France, Germany, Luxembourg, Spain or Portugal, with those five EU member states having agreed to share responsibility for the rescued people.

The Maltese government later announced that Italy had also asked to participate in the initiative.

Aid NGOs including MSF welcomed the deal, though they warned that the ad hoc solution was no panacea. 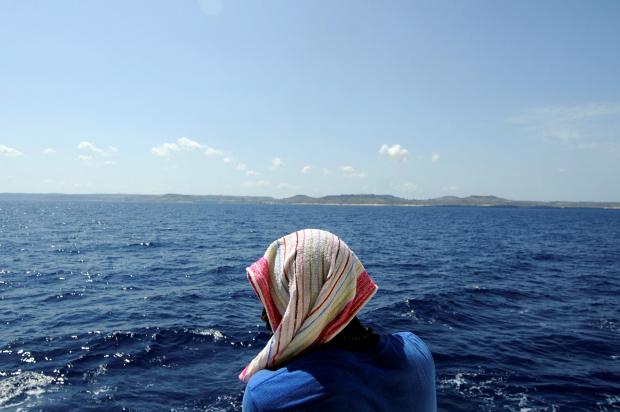 A woman aboard the Aquarius looks out as the ship approaches Malta. Photo: Reuters

The 141 people aboard the Aquarius were rescued in two separate missions carried out last Friday. Crew had subsequently contacted authorities in Italy, Malta, Libya and Tunisia.

Italy’s hard-line government was the most vocally opposed to allowing the ship to enter, with Home Affairs Minister Matteo Salvini saying ““It can go where it wants, not in Italy!” 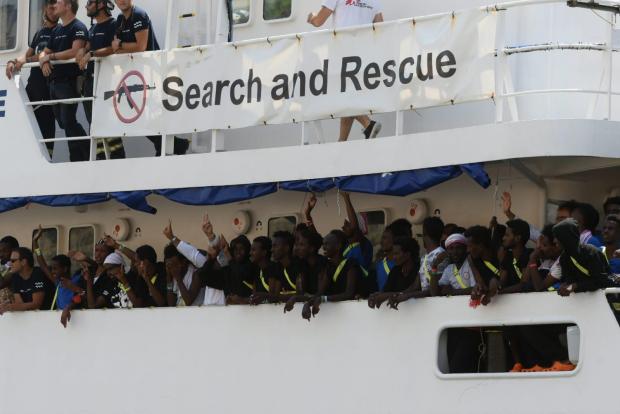 The Aquarius is one of the last remaining vessels conducting search and rescue missions in the central Mediterranean, with Italy having shut its ports to NGO ships in June and Malta having denied such vessels permission to leave its ports, citing concerns about ship registration anomalies.

The MV Lifeline, whose crew was on hand to welcome the Aquarius as it reached Malta, is among the vessels which has been blocked.

With the 141 people aboard the ship brought to safety, attention will now shift to the Aquarius’ fate. International media has reported that the vessel’s flag state, Gibraltar, has moved to strip it of its registration, on similar grounds to those Maltese authorities cited when blocking the Lifeline, another NGO-led rescue vessel. 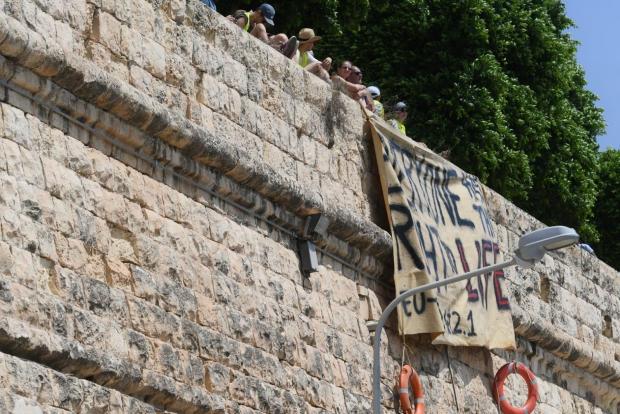 According to the Gibraltar Maritime Administration, the Aquarius was registered as a “survey vessel” and was not authorised to conduct search and rescue operations. It will now revert to its “underlying owner”, Germany, the GMA said.

Sources within the Maltese government declined to enter into details when asked about their plans for the ship and simply said that the vessel's future was uncertain.