Archbishop Charles Scicluna is to be Times of Malta’s first-ever guest editor this week, starting just days after the newspaper published a commemorative book to mark his appointment.

Mgr Scicluna will assume full control of the editorial agenda for Friday’s issue, chairing the key meetings and choosing what stories journalists work on, as well as deciding on the prominence they are given. He will also write the day’s editorial.

When he was approached to take part in the initiative by Times of Malta’s editor-in-chief Steve Mallia, the Archbishop immediately mentioned that he would like the newspaper to have an environmental and human theme – particularly with Mothering Sunday approaching. 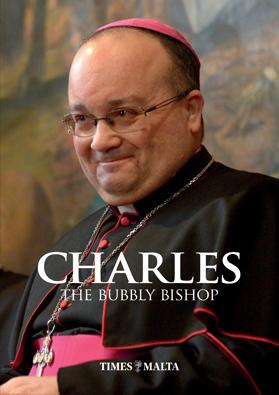 Mr Mallia said other guest editors were expected to follow in Mgr Scicluna’s footsteps as the newspaper seeks to embrace the concept.

“I’m delighted that Mgr Scicluna has agreed to be our first guest editor. It’s new for him and new for us, but it should be a fun and informative day for all of us and it will be interesting to see what perspective he comes up with,” Mr Mallia said.

Times of Malta has just published a 144-page commemorative book on the Archbishop, containing a number of articles as well as a large collection of photos stretching from his birth to his installation ceremony on March 21. The book also features insightful pieces from people who have known him since his early days in the priesthood and as a student at the university.

Labour deputy leader Toni Abela describes how his perception quickly changed after meeting Mgr Scicluna as a student: “I found it challenging to be on the same course as someone on the other side of the fence whom I viewed as conservative.

“Yet the more that I got to know him, the more I realised he was no Don Camillo. His mild and serene manner of dealing with the Peppone in each of us was his way of reaching out…

“As time went by, not only did we not become ideological foes but we became friends. I started to confide in him my life problems. Every time I had a row with my girlfriend, who was unfortunate enough to marry me and even more unfortunate to remain with me to this day, he was among the first to know about it.”

Another contemporary, Mr Justice R. Micallef, tells of the moment he learnt Mgr Scicluna was going to become a priest.

“We had each just returned from a brief venture in voluntary work abroad… and were recalling our experiences over coffee at the University canteen.

“He dropped the bombshell that he had come to the decision to suspend his legal studies. All the while he was apparently so serene that I had immediately formed this indelible impression that his choice was both asnatural and inspired as it was irreversible. Our loss was the Church’s gain.”

Fr Joe Borg discusses the issues facing the new Archbishop, while Fr Gordon Refalo recounts his adventures on a motorcycle with Mgr Scicluna:

“I still remember the two of us having to stop halfway up Sa Maison Hill because the motorbike could not cope with our weight. We must have been quite a sight, with Charles driving the bike and me running alongside him.”

The book, priced at €30, is available from Word for Word bookshop in Castille Place, Valletta.