Destroying precious agricultural land should be “avoided altogether” and the Archbishop is resolute the Church should also apply this maxim for its projects.

Mgr Charles Scicluna, who has attacked the government’s decision to allocate pristine land in the south for the new American university, stuck to his environmental stand when confronted with plans – submitted before he was appointed Archbishop – for two Church schools to be built on 80,000 square metres of arable land in Għaxaq.

“I may be a leader without a following on this one, but we cannot preach respect for God’s creations and then change our vision when it suits us – the Church should lead by example,” he told The Sunday Times of Malta. 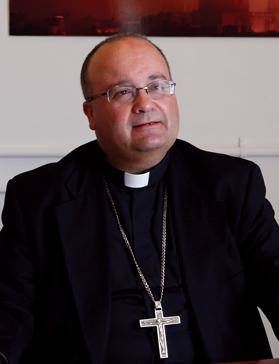 Mgr Scicluna was contacted after the Prime Minister yesterday referred to this Church school application in an interview with this newspaper.

Dr Muscat said: “What’s good for the goose is good for the gander. So what are people opposing the university project saying? No more building on ODZ (land), even when we need development related to education and healthcare? I will not take double standards.”

Asked if the Church should reconsider the application – filed nine years ago by Fr Paul Gatt, the provincial of St Albert the Great College – Mgr Scicluna said if there was another alternative for the school, then precious land “should not be sacrificed”.

“It is indeed a pity to lose prime agricultural land and if we could find land that isn’t pristine we should go for it,” he said.

However, the Archbishop stressed that there were differences between the two projects. The land in Għaxaq was owned by the Church and had been exclusively earmarked for educational purposes in the South Malta Local Plan in 2006, unlike the virgin public land being given to Jordanian investors to run a private enterprise.

“This is not really comparing like with like, but I still believe the destruction of precious agricultural land should happen in extremes and be avoided altogether. It’s how I feel.

I may be a leader without a following on this one, but we cannot preach respect for God’s creations and then change our vision when it suits us

“Land is a precious commodity on such a small island. This has to be a new culture which may require difficult decisions. We should do whatever it takes to save what’s left of virgin land,” Mgr Scicluna said.

The site, measuring 78,100 square metres in an outside development zone bordering Dawret Ħal-Għaxaq, is earmarked for two schools: St Albert the Great College, which will move from its premises in Valletta, and the School of the Daughters of the Sacred Heart. The original application in 2011 proposed the construction of St Albert the Great College, a provinciate and convent, retreat centre, daycare centre and community church in an ODZ area of approximately 36,000 square metres.

However, the planning authority recommended refusal as the proposed development did not qualify for environmental impact assessment procedures, and the local plan specified two schools.

In 2012 the outline development application was revised to include two schools over a footprint that would obliterate more than 77,000 square metres of agricultural land, including rubble walls and mature trees.

However, the Agriculture Department had not objected to the proposed development because of the project’s social public good.

When contacted, college principal Mario Mallia said that as part of the school’s relocation plans, the college, in tandem with the planning authority, had scouted more than 20 potential sites to ensure the project left the least possible impact on the environment. The site in Għaxaq was eventually settled upon.

Asked how ODZ development could be justified, Mr Mallia said that while it was not a desirable situation, there were stark differences between this school project and the proposed American university.

While the school was a non-profit development for students aged three to 16, on Church-owned land specifically reserved for educational purposes; the 90,000 square metres in Żonqor earmarked for the university was public land for a private enterprise.

Mr Mallia said at the moment the school project was undergoing a traffic impact assessment and he hoped that within a year the outline development application would be presented to the Mepa board.