Painters, cartoonists, poets and other artists will come together next week to put on a mixed media art installation to mark three years since the assassination of journalist Daphne Caruana Galizia.

The art installation, titled 'Justice for Daphne is Justice for Your Right to Know'”, will be launched on Thursday.

A digital projection of the art will be held on an all-purpose LED screen near the Great Siege Monument in Great Siege Square, Valletta from that day until October 18. The projection will run between 9am and 10pm during those days.

It is being organised by activist groups Repubblika and #occupyjustice in collaboration with blogger Manuel Delia. 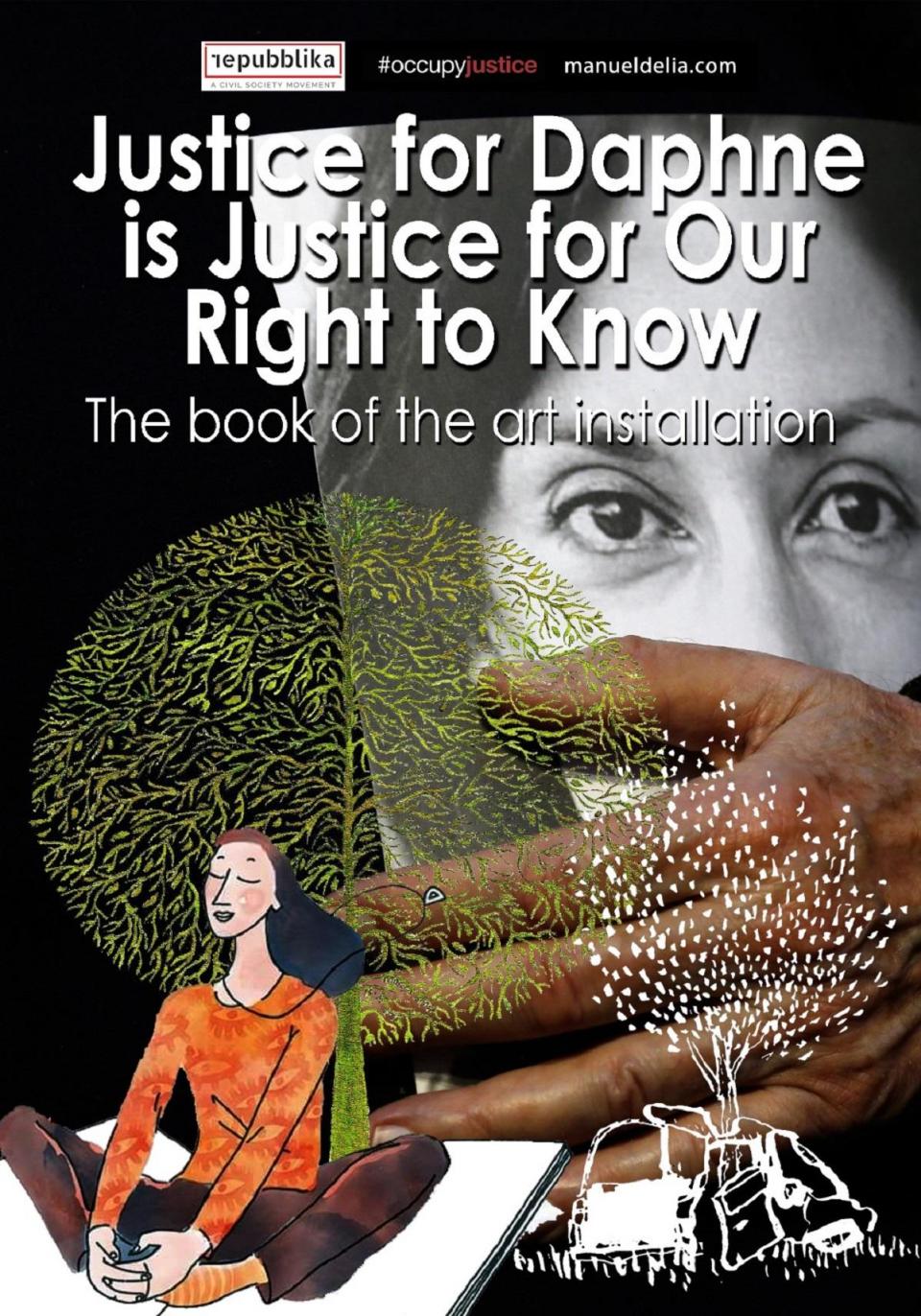 Caruana Galizia was killed when a bomb in her car exploded as she was driving away from her Bidnija home on October 16, 2017.  Three men stand accused of carrying out the assassination while another, businessman Yorgen Fenech, is accused of complity in her murder. All four deny charges against them.

The art installation to be put on next week is a visual presentation of some of the art created in the aftermath of Caruana Galizia’s murder.

Organisers said they had chosen to host the installation in Great Siege Square as the site has been used as a makeshift memorial to Caruana Galizia in the years following her death.

“The monument has been transformed into a memorial, an expression of our collective outrage for this most heinous of crimes in the heart of Europe, and an ongoing reminder to the government and the world that justice has yet to be served,” organisers said.

Artists will speak about their artworks during the exhibition launch, which will be broadcast at 5pm on Thursday on the Repubblika Facebook page.