What do people reflect on when they cannot take in new people and new experiences? 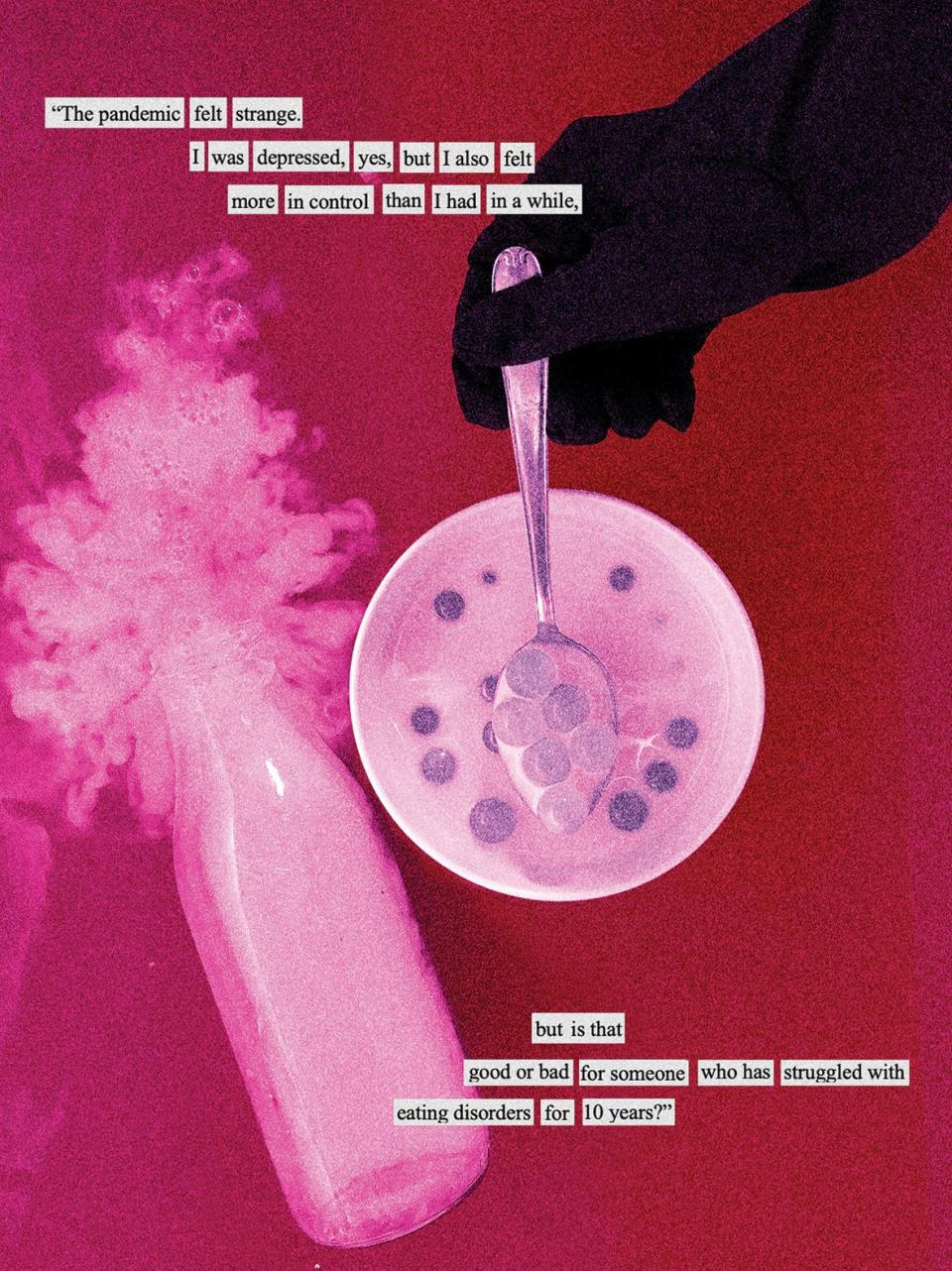 For 23-year-old artist Victoria Gatt, the many different answers that the question generated from her audience inspired a series of artworks exploring the theme of identity and isolation during the pandemic.

Currently finishing up her degree in illustration at the University of Arts, in London, Gatt found herself unexpectedly having to pack up and return to Malta in March but ended up caught in another restrictive lockdown in the UK after she returned to continue her studies over the summer.

Opening up to her Instagram followers, Gatt encouraged them to share their lockdown experiences anonymously, as she began to explore her visual identity and creating artwork based on the profound and deeply personal accounts.

The result is Gatt’s work titled ID Project, a series of 11 images produced through a mixture of photography and digital photocollage, which she is currently sharing on her Instagram page. 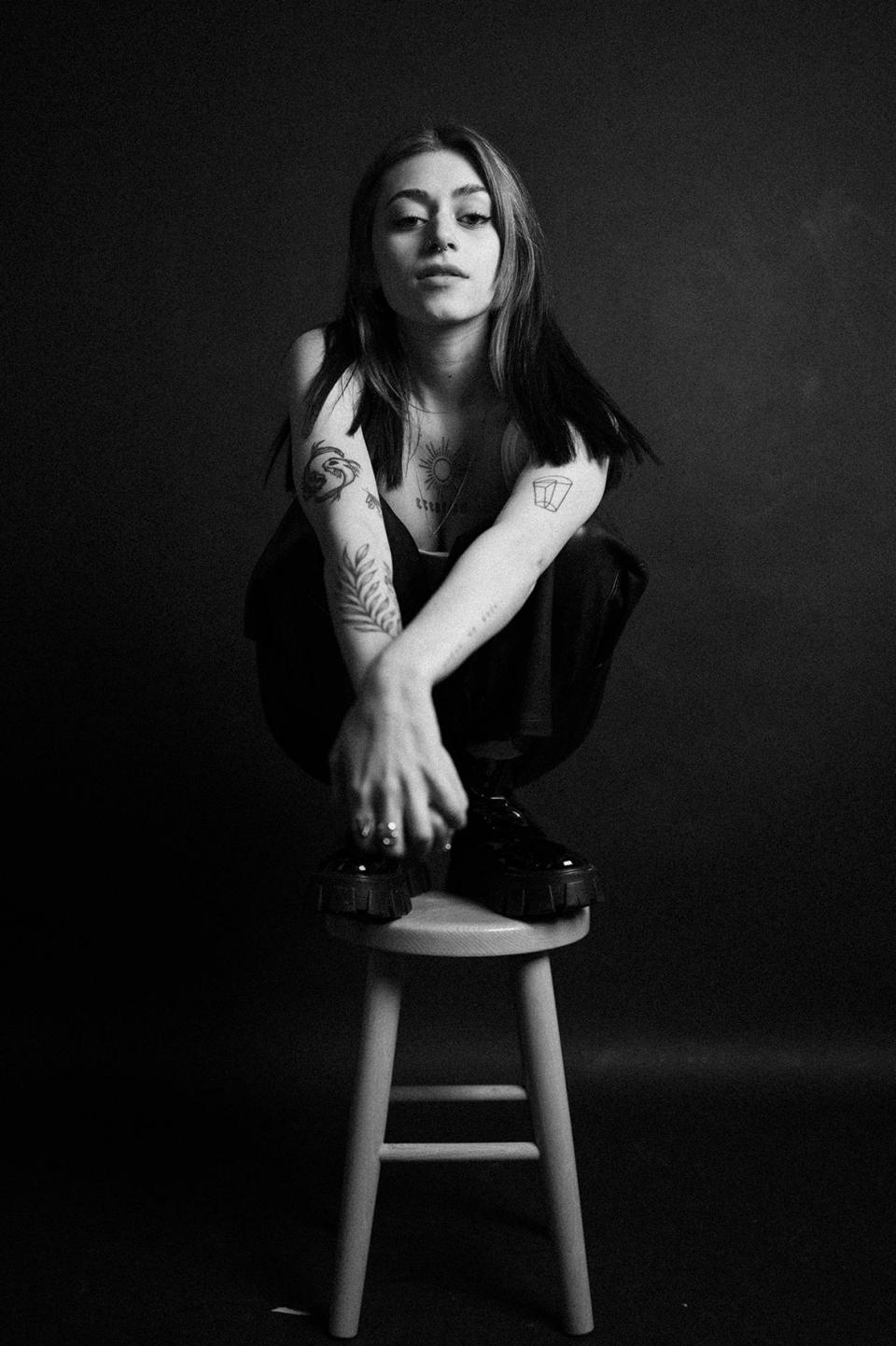 “I became very obsessed with my sense of identity. We are a product of our experiences, so what becomes of us when we have nothing new to experience except long periods of isolation? I became interested in our increased reliance on social media to stay in contact with friends and, although it might satisfy the psychological need for contact, it does not satisfy our need for physical proximity,” Gatt told Times of Malta.

“I was forced to spend an uncomfortable amount of time with myself throughout this pandemic. I started to develop an obsession with my appearance, picking at every aspect of my face and body and almost seeing it change before my eyes. I wanted to explore the things which make up my social and cultural identity.

“Finally, I opened up the floor to the audience. I wanted to take the focus off myself and see the way that this pandemic has affected everyone else. After an overwhelming response, it became very clear to me that I was not alone in what I was going through. These collections of images are a response to a handful of those stories. 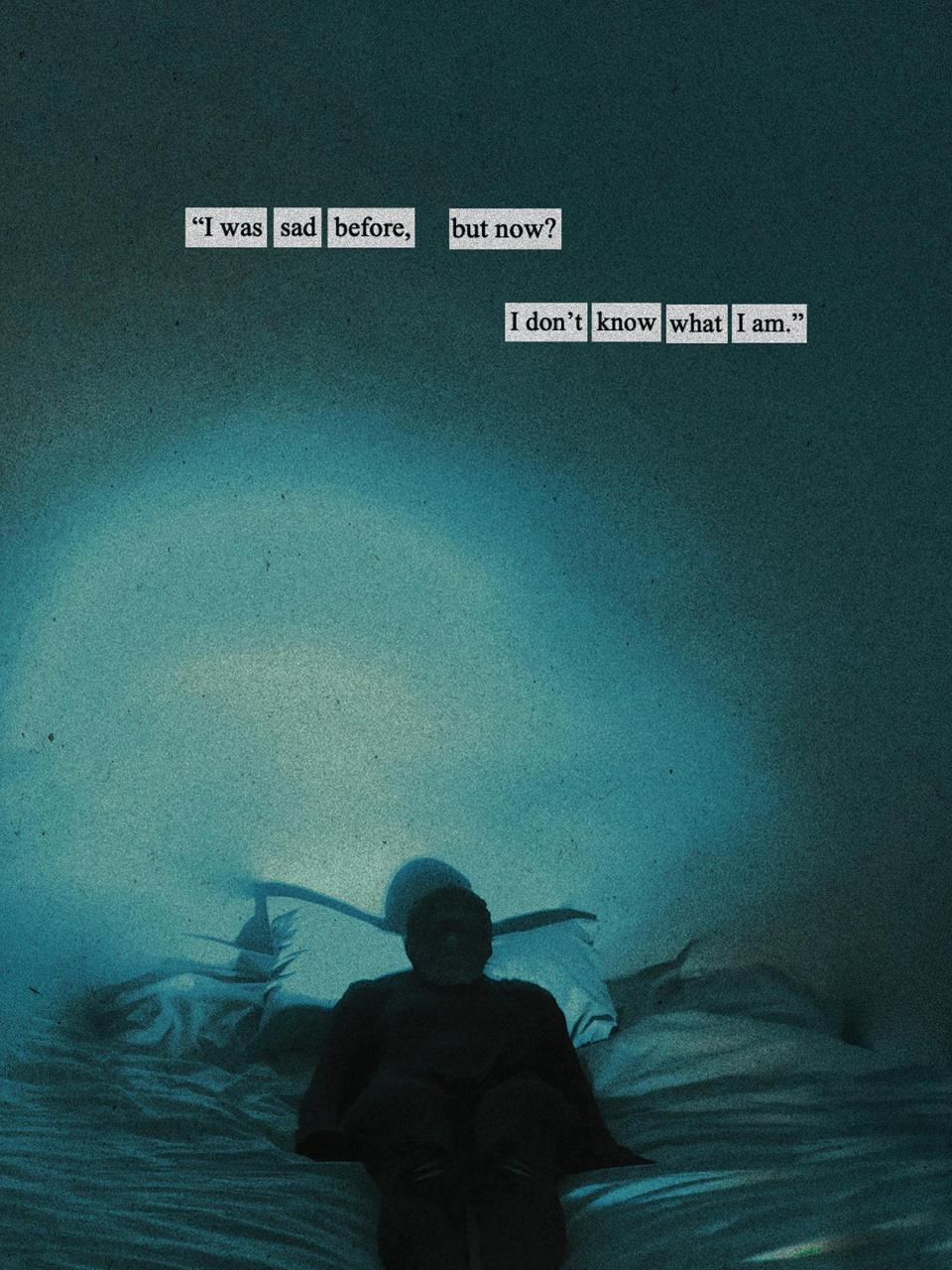 “While in my previous work for this project my identity was the focus, now, in these final images, the identity of the figure has been negated from the equation completely, leaving the viewers free to imagine themselves in its place.”

Having originally intended to shoot the images in a studio and make sets with the help of her friends, the project ended up becoming more of a DIY when lockdown hit London and Gatt was unable to return to her home, equipment and collaborators.

“I decided to set myself a challenge and do it all myself, using what I had. These images are the result of a lot of self-timers and a lot of getting it wrong but I’m pleased with the way it’s turned out. I think the DIY element adds to the feel of the project.”

Gatt says she was deeply moved by how vulnerable the stories shared with her ended up being and found herself feeling kinship with strangers. 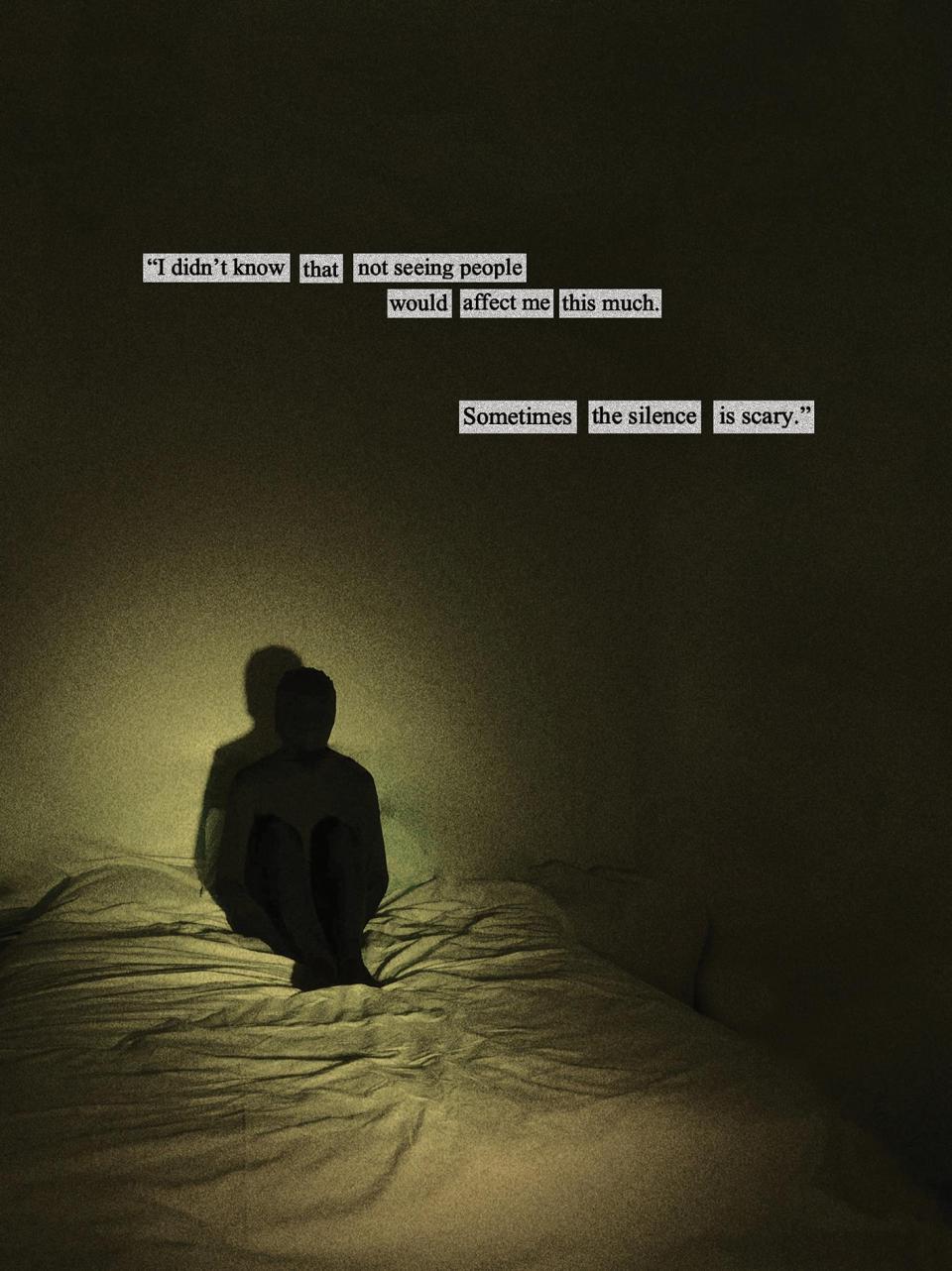 “I think what struck me the most was that people chose to be honest and be open with me and recounted their stories. It was a meaningful thing that these people trusted me enough to share their deepest introspections without knowing what I was going to do with them,” she said.

“Some people even decided to leave their names and, had it not been for this project, I would have never known what certain people in my life were going through, so I think it serves as a stark reminder of just how tough this whole situation has been on everyone, even those who you’d least expect. I felt honoured that people felt like it was a safe space to place their stories and, even though it was anonymous, I felt connected to the audience in a new way.

“I’ve always been very vocal about my mental health and a lot of my work incorporates that sentiment in some way as it’s a form of catharsis for me, a way to express myself,” Gatt continued. 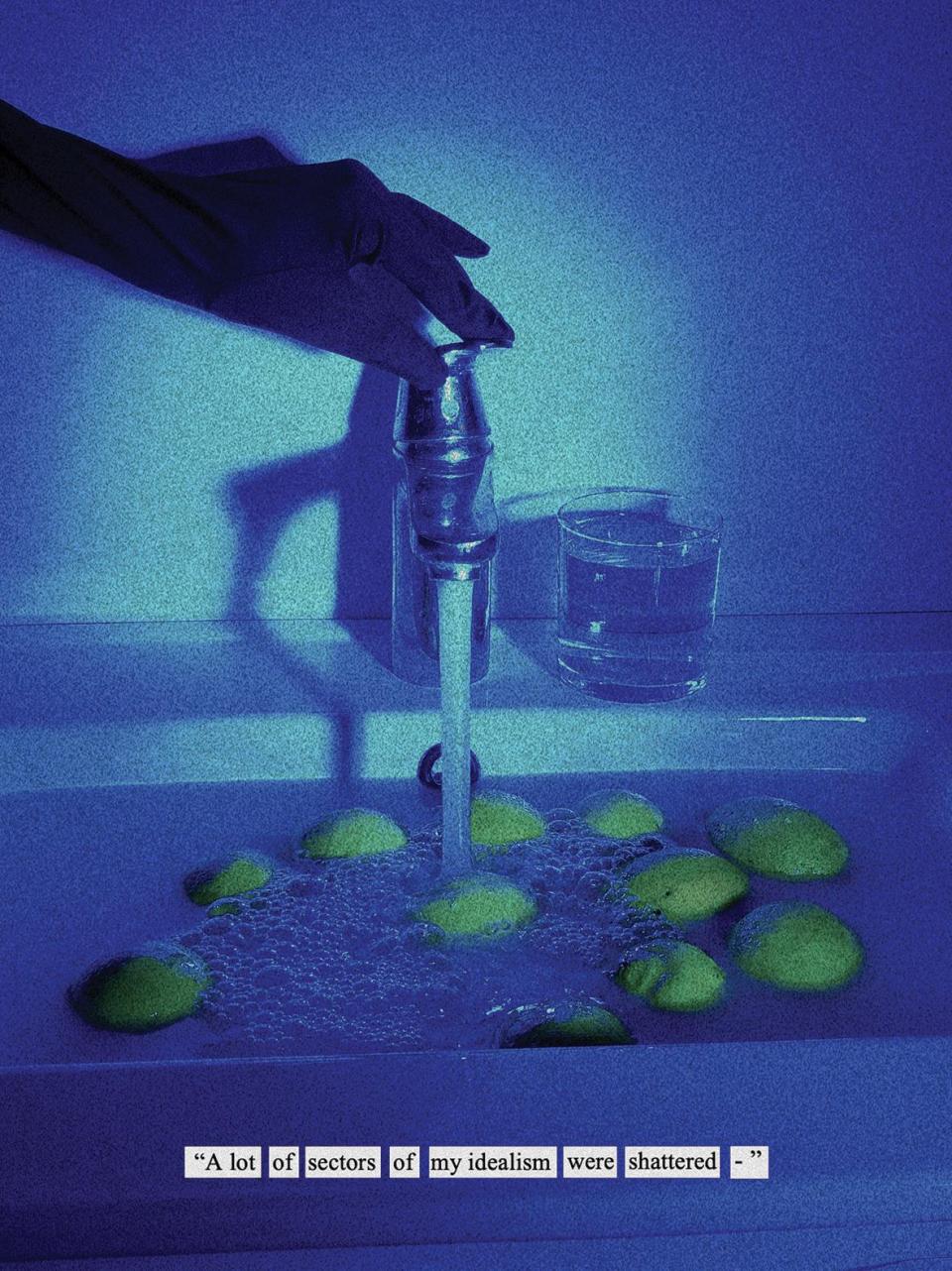 “I think that cultivating and supporting people who need help with their mental health is going to be the make or break for us as a population coming out of the pandemic.

“In a way, that is the point of most of my work. I think there is great power in vulnerability and, more than anything, I want this project to provide a source of comfort to those who view it.”

Victoria Gatt’s ID Project can be viewed on her website victoriagatt.com or on her Instagram page @victoriagattstudio.