As Malta kicked off its second week of the electoral campaign, the local political scene was overshadowed by developments of the Russian invasion of Ukraine.

9pm Live blog ends. That's all from us today. We'll be back tomorrow to give you more 2022 election updates, as they happen. Thank you for having joined us.

Do you want the original or the copy? Bernard Grech asks Paola people

8.20pm The Opposition Leader harped on about how the PL had blown the whistle on the general election without having an electoral programme ready in hand.

As a result, Labour was copying PN's proposals.

One case in point, he said, was PL's promise of a €300 yearly tax credit for families who send their children to extracurricular activities. The PN had promised this same incentive last week, he said.

Grech, who was born in Paola and spent the first 11 years of his life there, also went a bit personal this evening.

“In 2004 I had a car accident and almost killed a person. I spent months unable to work and this left an impact on my mental wellbeing. I understand and know what it means to not have a job to go to,” Grech said, reiterating PN's promise to unemployed people that they would receive the equivalent of a minimum wage in benefits for the first 12 months of a PN government.

The electorate's 'simple choice' according to Abela

The Prime Minister said this month’s general election boils down to a simple choice: the politics of austerity espoused by the Nationalist Party or a Labour government that is intent on improving people’s lives and has the credibility to deliver on its promises.

6.40pm The Prime Minister has meanwhile headed to Birkirkara, where he will address the PL's last mass event for the day. You can watch him here:

6.30pm The PN leader is addressing party supporters in Paola. You can watch live here:

PN in Paola, Labour in Birkirkara

5.14pm It's been another day in which the local electoral campaign has been completely dominated by news from Europe's northern border.

But the campaign trail, as they say, must go on.

And so Bernard Grech will be in Paola this evening while Robert Abela heads to Birkirkara, for their parties' respective events. The PN event will begin at 6.15pm while Labour's is slated for 6.30pm. We will bring you videos and updates as they happen.

3.15pm ADPD – The Green Party is promising an electoral programme that will not focus solely on the environment.

The manifesto is not out yet, but the party's chair Carmel Cacopardo told a TVAM interview it will be published in the coming days.

Among others, it would address ensuring a decent minimum wage through appropriate social support rather than some 'charitable' state intervention. The current minimum wage falls 40% short of the expenses faced by a family of two adults and two children.

2.50pm Finance Minister and Labour candidate Clyde Caruana (district 2 and 8) has put out a brief video offering his take on the impact the Russian invasion will have on Malta.

Prices of oil, wheat and corn are all rising, he notes, because both Russia and Ukraine are major suppliers of those commodities. But, Caruana says, Malta’s sound finances mean locals will be insulated from those price shocks.

The minister has come prepared for the camera, with some strategically placed banknotes hidden out of view.

Without government intervention, he says as he pulls out those notes, €20 worth of petrol would cost €25.

Those PN proposals in more detail

2pm Earlier, we promised you more detail about that Bernard Grech press conference.

The PN came out with a proposal to slash corporate taxes more aggressively than Labour is promising to do, and to significantly increase unemployment benefits, making them equivalent to the minimum wage and applicable for one year.

There was also a nod to the environment: the party would categorise 50,000 square metres of public land as ODZ each year, he said.

Read more about the PN plans in our full report.

12.27pm The ADPD says it wants to “reclaim our streets” and has excoriated the PN pledge to give people who break traffic laws a second chance before they have to pay a fine.

“What we need on our roads is to increase discipline to ensure the safety of road users,” said green party candidate Ralph Cassar (districts 7 and 11). “We do not need proposals which continue to encourage an already dire situation. People’s lives cannot be endangered on the altar of convenience and populism.”

The party says pedestrians have been marginalised on local streets, with pavements that are either hogged by commercial interests or left to ruin.

Something that’s missing from the ADPD statement – what the party would do to fix the situation. The party is expected to publish its electoral manifesto at some point this week.

12.19pm Grech made a number of pledges on Monday morning. We will have a full report on that soon.

Here's Grech's press conference in full, in case you missed it.

Three polls, and Grech prefers the favourable one

11.59am Voters had their pick of political polls to browse through on Sunday, with three different ones released that day.

Two - one by the Sunday Times of Malta and another published by it-Torċa - suggested the PN is on track for a record drubbing at the polls. A third, by Malta Today, predicted a loss by a more respectable 23,000 votes.

Grech spoke briefly about those polls on Sunday and was asked about them again during a press conference this morning.

He said while he respected everyone's work, he found the Malta Today poll one to be the "most credible" one, because it reflected what he was hearing from voters.

11.50am Bernard Grech has said he was disappointed to see a PN mayor resign after meeting his political rival Robert Abela.

Times of Malta reported on Sunday that Għasri mayor Daniel Attard had publicly resigned from the PN, a day after sharing an image of himself meeting Abela during a visit to the Gozo village.

Grech said he had no problem with Attard’s decision and did not know what Attard and Abela spoke about.

“Of course, it is disappointing to see people leave, but that is politics, I respect those who wish to leave, but I am positive that more people will come forward to this party.”

“What is important is that they have good values and wish to work to improve this country,” he said.

10.46am New political party Volt Malta will be running a second candidate in the general election, it said on Monday. 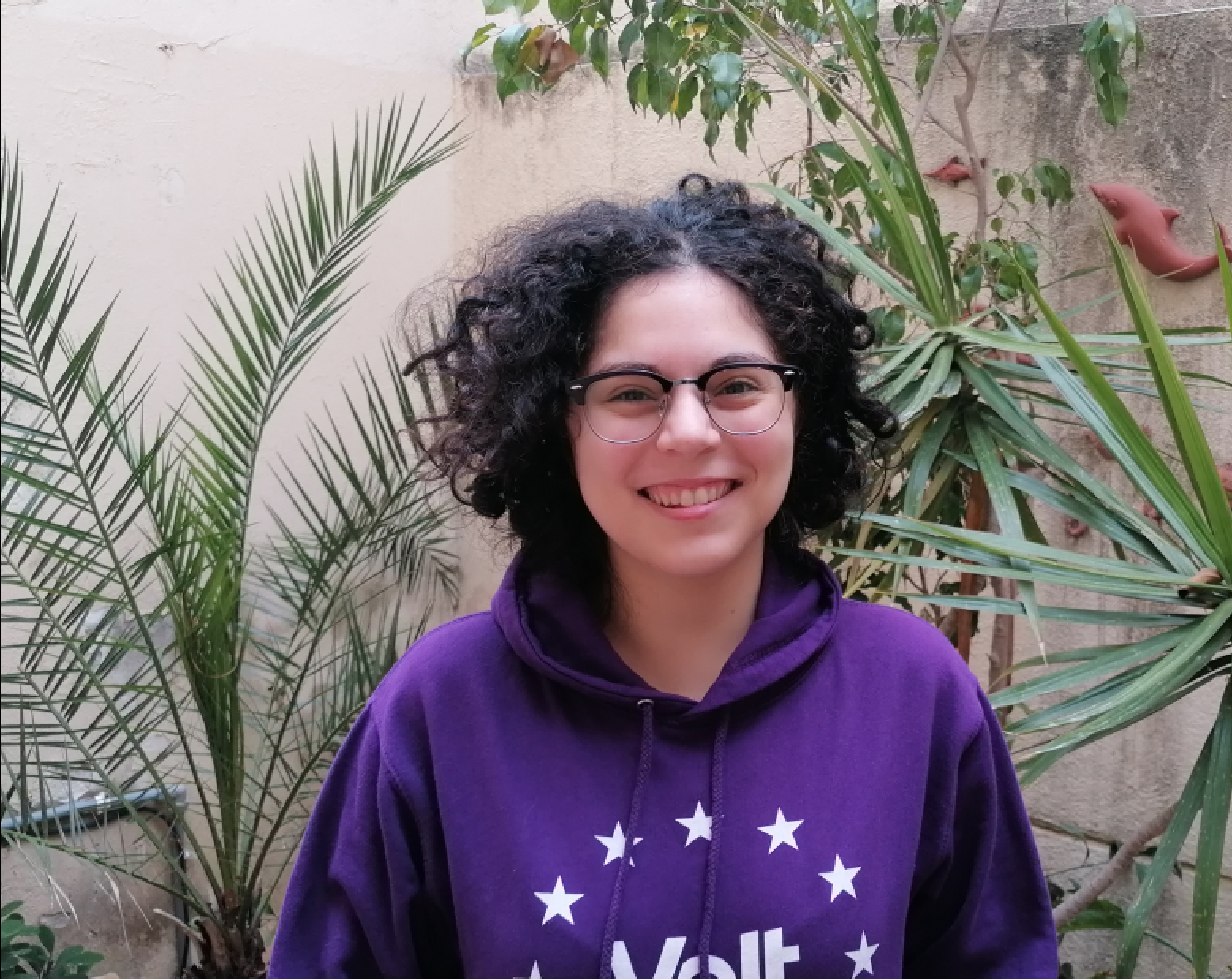 Alexia DeBono, 24, will be running on the eighth and ninth districts.

Alexia DeBono, 24, will be running on the eighth and ninth districts.

DeBono is the party co-president and will be running along with party vice-president Thomas ‘Kass’ Mallia.

10.28am Labour leader Robert Abela outright refused to comment on a Times of Malta report on how he was involved in a property deal with a man at the centre of an organised crime probe.

Abela was repeatedly asked to explain how he ended up pocketing €45,000 from the deal with alleged kidnapper Christian Borg on Monday morning.

However, he instead described the report as "spin" and said he had nothing to add.

10.20am Independent Candidate Arnold Cassola has been meeting with students this morning. He made a number of public transport pledges. He wants to double the number of buses on the road and explore the possibility of another fast ferry service Gozo to Xemxija - Sliema - Valletta, with connections to Smart City - Xgħajra-Marsascala - Marsaxlokk.

10.20am Labour leader Robert Abela is announcing a raft of social pledges at a press conference.

We have a detailed report on this here.

The emphasis of today’s electoral pledges, he said, will be on the family, particularly children.

IVF services will continue and be extended.

The PL will introduce new services to help more couples struggling to conceive. The service will also be extended so that those who already benefitted from IVF will be able to go through the process again for another child.

The PL is also pledging to extend free childcare services for all irrespective of whether their parents work or not.

Currently, the service is available for employed parents only.

10.05am Voting documents will start being delivered to voters’ registered addresses today.

Documents will be delivered by the police between 8am and 1pm and 3pm and 9pm, through to Friday, March 11. 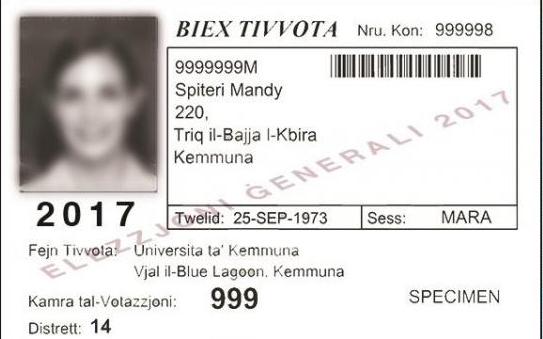 Police will only deliver documents to the address where voters are registered and an adult who lives or works at that address will have to sign to accept delivery.

You cannot vote in the election without the documents.

9.45am The PN has launched what it is calling a mini-documentary series about its electoral candidates.

The first episode of Ħerġin dropped on social media on Sunday night and features PN candidate Beppe Fenech Adami detailing the day a group of violent rioters burst through the doors of his family home.

The infamous incident dates back to 1979, a troubled time in Maltese politics, when Beppe’s father, former president Eddie Fenech Adami, was Opposition leader.

The first campaign episode also focuses on Leone Sciberras a candidate who went blind at the age of 12. He tells viewers how he lost the use of his eyes as the result of a fight with another boy, but says the two are now close friends.

No election for Franco Debono

9.35am Lawyer and former PN MP Franco Debono has announced he will not be contesting the general election.

In a post on Facebook, Debono said that while he does not exclude playing a more active role in politics, he would not be throwing his hat in the ring.

Last week, PN leader Bernard Grech had told reporters he would not exclude seeing Debono on the party ticket.

On Monday morning, Debono said that after reflecting on the possibility of contesting the election, he had decided to sit this one out.

“I don’t feel like this is the right time,” Debono wrote.

Debono had served as a Nationalist MP during the 2008 to 2013 legislature but ended that term after a series of clashes with then-party leader Lawrence Gonzi and former home affairs minister Carmelo Mifsud Bonnici over constitutional and judicial reforms he was proposing.

A day after the surveys

8.40am Monday's events take place a day after three political surveys, which confirmed one thing - Labour is set to win by a landslide, but what will be the gap between the two main parties? 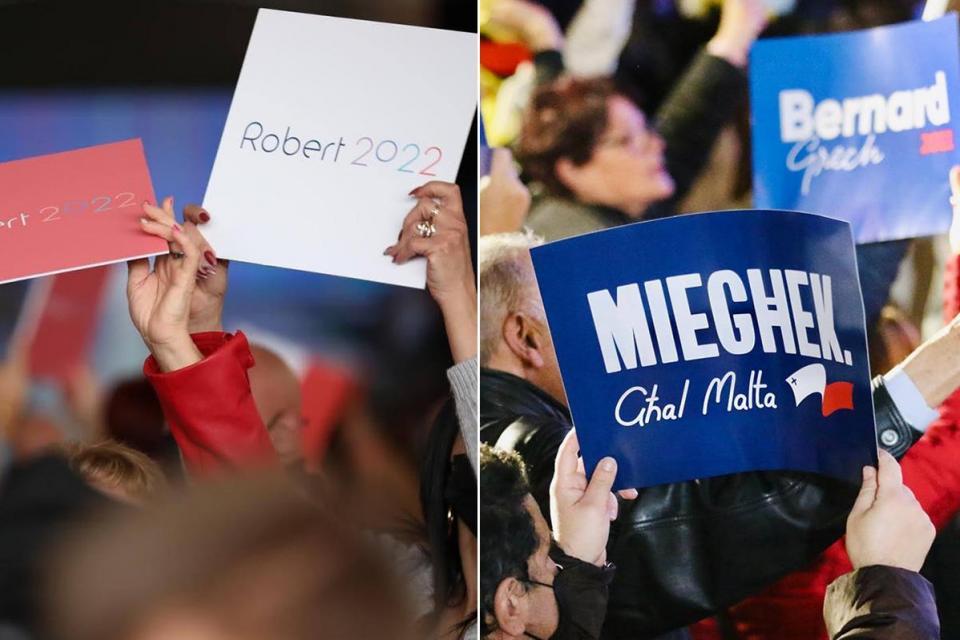 8.30am On Sunday, both Labour leader Robert Abela and Nationalist leader Bernard Grech capped off the first week of the campaign, addressing separate rallies.

The PN is set to hold a press conference at 11 am and will be closing off the day with a gathering in Paola.

Meanwhile, the PL will hold a press conference addressed by Abela in Cospicua at 10 am. Labour's headline event of the day is an interview with Abela in Birkirkara this evening.

The local political scene is overshadowed, however, by the developments in the Russian invasion of Ukraine.

Leaders from the two countries are set to have talks on the border of neighbouring Belarus.