Hazardous asbestos pipes lying in a derelict field in Naxxar have been removed, 10 years after an enforcement notice was imposed but just days after the situation was reported in Times of Malta.

The field was being used to dump scrap.

Residents were concerned about the danger to health that might be posed by the asbestos which was still there several months after they had flagged it to the authorities. 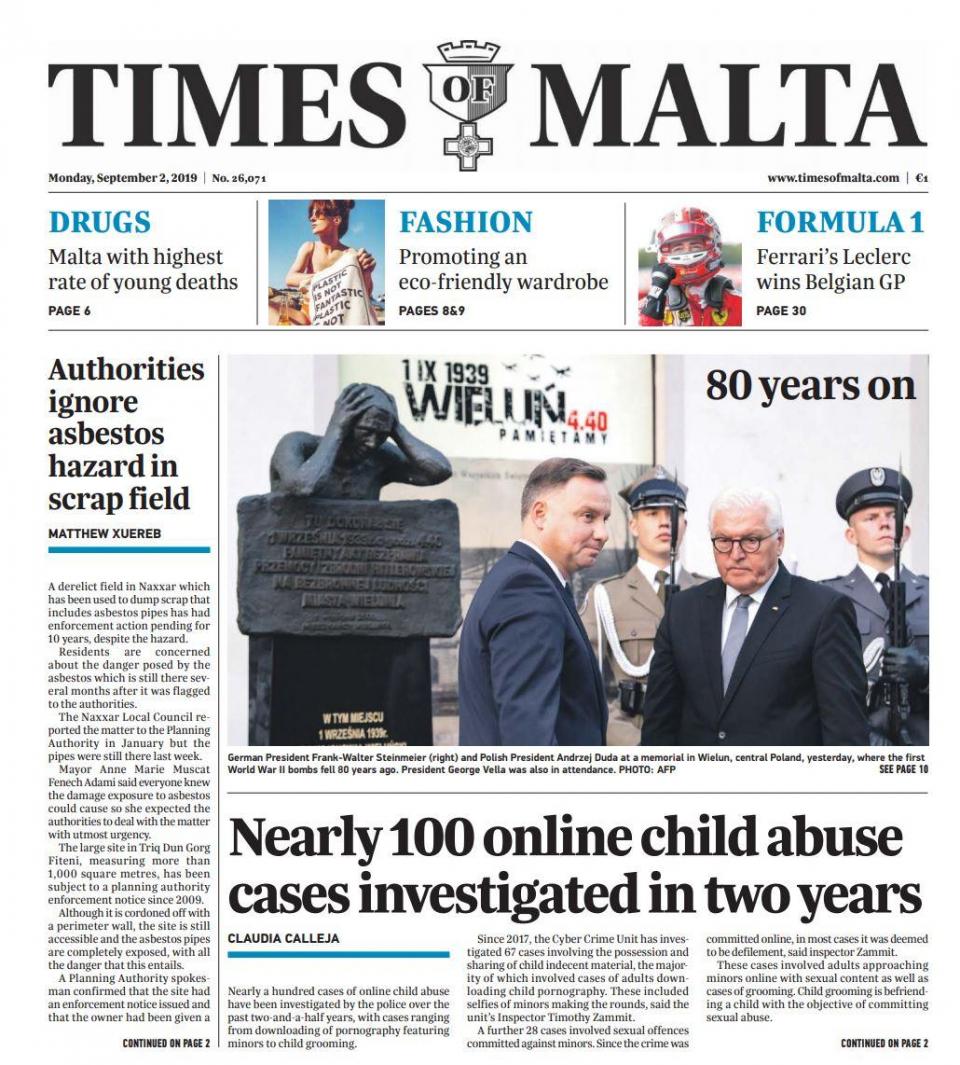 The Naxxar local council had reported the matter to the Planning Authority at the beginning of this year but even its request for removal of the asbestos appeared to have fallen on deaf ears… until the story appeared as a top story on Times of Malta and on the front page of the newspaper.

She had expected the matter to be dealt with urgently, given the health hazard

Mayor Anne Marie Muscat Fenech Adami thanked Times of Malta for tackling the issue, saying it got the authorities to take immediate action.

She said she had expected the matter to be dealt with urgently, given the health hazard.

The large site in Triq Dun Ġorġ Fiteni, measuring more than 1,000 square metres, has been subject to a planning authority enforcement notice since 2009.

The owner had been given a deadline to clear the material, which includes vehicles and tower crane equipment, concrete blocks, pipes, scrap metal and other materials.

Although it is cordoned off by a perimeter wall, the site is still accessible and the asbestos pipes were completely exposed.

Residents who had been pestering the authorities and their MPs for several months expressed satisfaction that the hazard had finally been removed and they were now able to open their windows without worrying about asbestos particles flying in through their windows.