An eyewitness in Xemxija told Times of Malta that at about 6am, the sea level began to rise and fall by around 60 centimetres in regular cycles every few minutes. The phenomenon lasted roughly an hour, leaving several small boats stranded on the shore.

Aldo Drago, head of the University of Malta’s oceanography research group, said the phenomenon was known as a coastal seiche, or milgħuba, caused by atmospheric changes.

“In the early hours of the day a train of atmospheric gravity waves hit the Maltese islands from the east; their impact on the sea is like a big sea hammer repeatedly hitting the sea surface and producing long period waves in the open sea areas,” Prof. Drago said.

The phenomenon was captured by monitoring stations forming part of a national observing system run by the oceanography research group, positioned near Portomaso.

These stations picked up intense atmospheric waves starting at around 2.30am and continuing for around three hours.

Prof. Drago said that while sea level changes near Portomaso were quite limited, the effect would have been amplified within bays.

Moreover, he said, the same phenomenon would have also occurred at Mellieħa Bay, which was known to oscillate in direct opposition to St Paul’s Bay as two connected water bodies, and where sea level changes of more than one metre had been observed in the past.

Prof. Drago also had some words of warning for the owners of vehicles parked on a quay close to where the phenomenon was observed: “Just a few centimetres higher and these sea level oscillations could well have well drifted the vehicles away!” 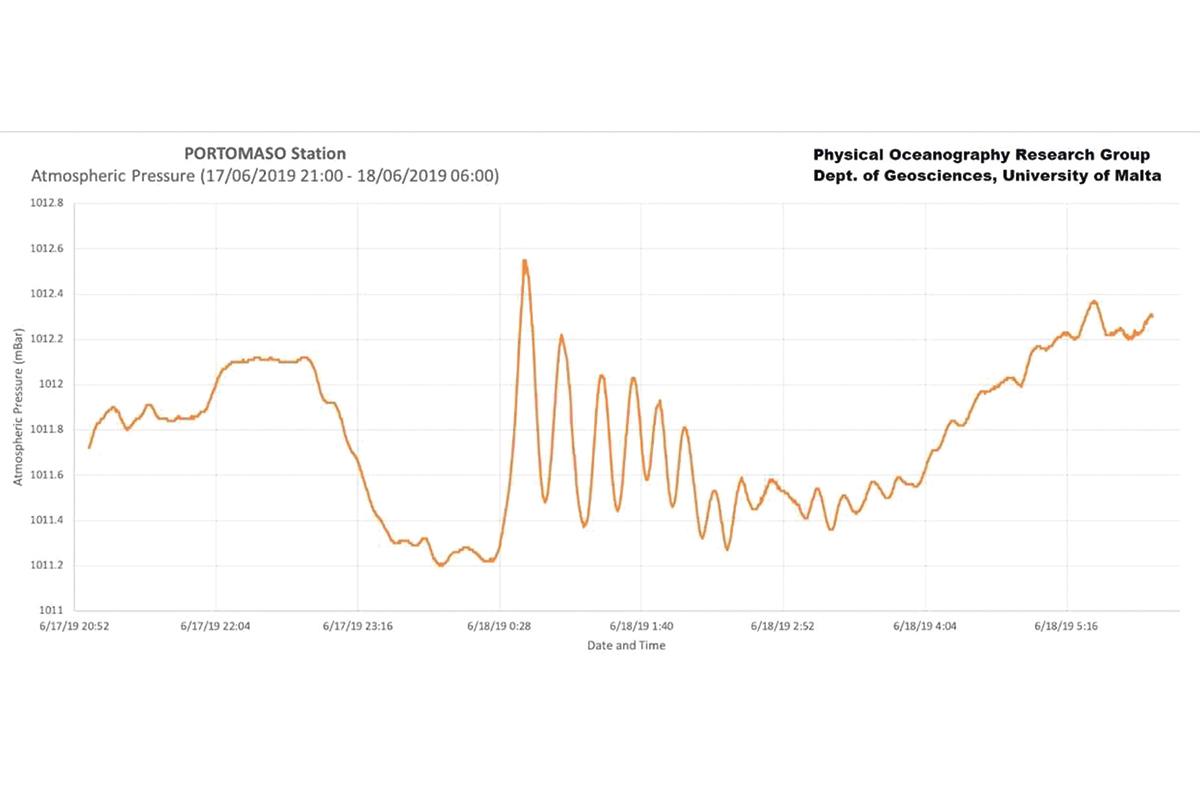 The phenomenon was captured by real-time monitoring stations forming part of a national observing system run by the oceanography research group, positioned near Portomaso.