A motorist's attack against police officer Simon Schembri which shocked the country should serve as a “wake-up call” about the dwindling respect for public officers, Prime Minister Joseph Muscat said on Friday.

“We must reflect on the respect for those offering a service in today’s society. This respect must be constant and not when it suits only,” Dr Muscat said.

“We should be grateful to all those serving without fear or favour,” he added.

The Prime Minister made the appeal when addressing a conference marking the 2018 public service week.

In his address, he also referred to the controversy over the utility billing mechanism in use by State company ARMS. While noting that the government has been advised that the system in use was in line with the law, he noted that government had nonetheless commissioned a review. If it transpires that there was room for improvement, measures would be implemented, he said.

If it transpires that there was room for improvement, measures would be implemented

Commenting on the performance of the public sector he expressed himself satisfied for the increasing sense of “entrepreneurship” which he said was was being developed.

“Each month I am being given a report highlighting those areas in which ministers are performing or not,” he remarked. 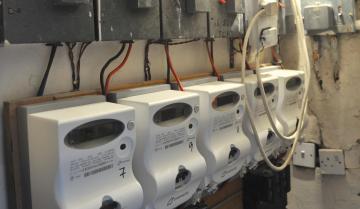 The seminar was also addressed by principal permanent secretary Mario Cutajar who is also the head of the public service. In his hour-long speech he gave a review of the measures introduced since 2013 when Labour was elected to government.

“From a government sponsoring precarious employment we became one which is eradicating such abuse in the private sector,” he said.

He noted that in 2013 the public service left much to be desired. He claimed that these shortcomings had been flagged in a review carried out in 2012 but for some reason no action had been taken.

“In little more than four years government is winning or being shortlisted for awards,” he said.

Mr Cutajar remarked that under his watch public service had developed its own sense of leadership and red tape been reduced. “Entities have also been given a more free hand in terms of recruitment,” he added.

The principal permanent secretary lauded the public sector for adopting a business as usual attitude even during the election campaign, rather than stalling operations as used to happen before.

In his address he reiterated that government had no plans to ditch half days in summer. He noted that with efforts to move towards 24x7 services, such debate would be come “irrelevant”.

The public service chief also remarked that three fourths of the recommendations being made by the National Audit Office are being implemented, whereas before these were being ignored.