Attard residents who live adjacent to ongoing Central Link roadworks spent nine hours without electricity on Wednesday, as contractors carried out "urgent works" in the area.

Power on Triq Peter Paul Rubens went out at around 9am, and was only restored at 6pm.

One resident was told by an Enemalta customer care representative that the power cut was the result of damage to supply cables caused by a Central Link contractor.

However, Enemalta sources told Times of Malta that power had to be switched off at 9am as a Central Link contractor needed to carry out "urgent works" in the area. As a result, the power company could not inform the residents beforehand.

Another resident told Times of Malta she had called the company several times throughout the day, asking when the power would be restored.

"They kept telling me 'soon, soon', but we kept waiting until 6pm."

For a third resident, the powercut meant she was unable to work from home.

"My husband called Enemalta to inquire about the power cut, and he was told that the supply will be back shortly. They initially said it will be restored at 3pm, but when 3pm came and the power was not restored they told us 4pm... 4pm turned to 5pm and 5pm to 6pm". 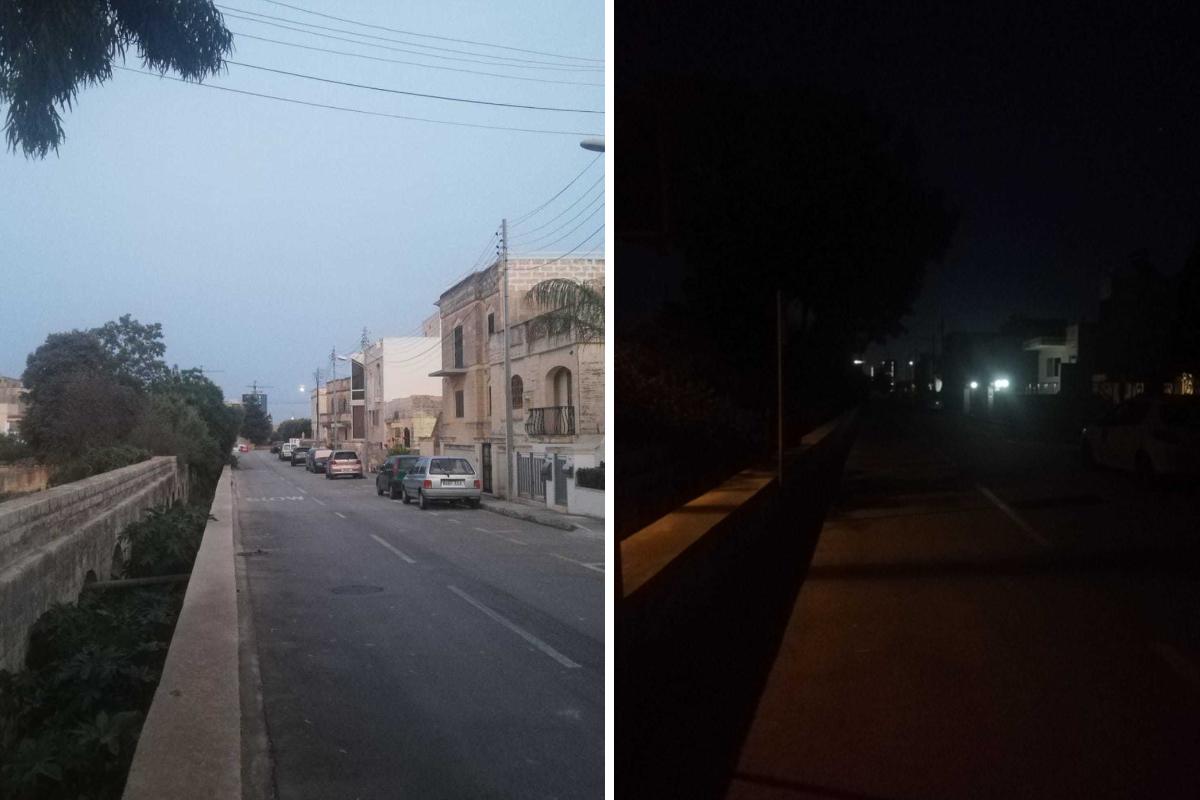 Streetlights have been off for three months. Photos: Giulia Magri

But while the light came back indoors, street lighting remained off, as it has been for three months, according to the residents.

Several reports over the matter have been filed with Enemalta over the past weeks, they added.

"At night the road is like a cemetery - pitch black," one resident said.

Questions have been sent to Enemalta.