Protection granted to the Tarxien home of late prime minister Dom Mintoff will be the subject of an appeal before a tribunal on Thursday.

The appeal, before the Environment and Planning Review Tribunal, will hear arguments in favour and against downgrading the special protection granted to the imposing villa as a neighbouring development seeks to build higher up.

The villa, known as The Olives, was in 2018 granted Grade 1 scheduling – the highest possible level of protection and one usually reserved for national monuments – for its architectural value as well as “its historical, political and social significance”.

This level of scheduling is also meant to cover the building’s setting on Triq ix-Xintill, protecting against development in the immediate vicinity. 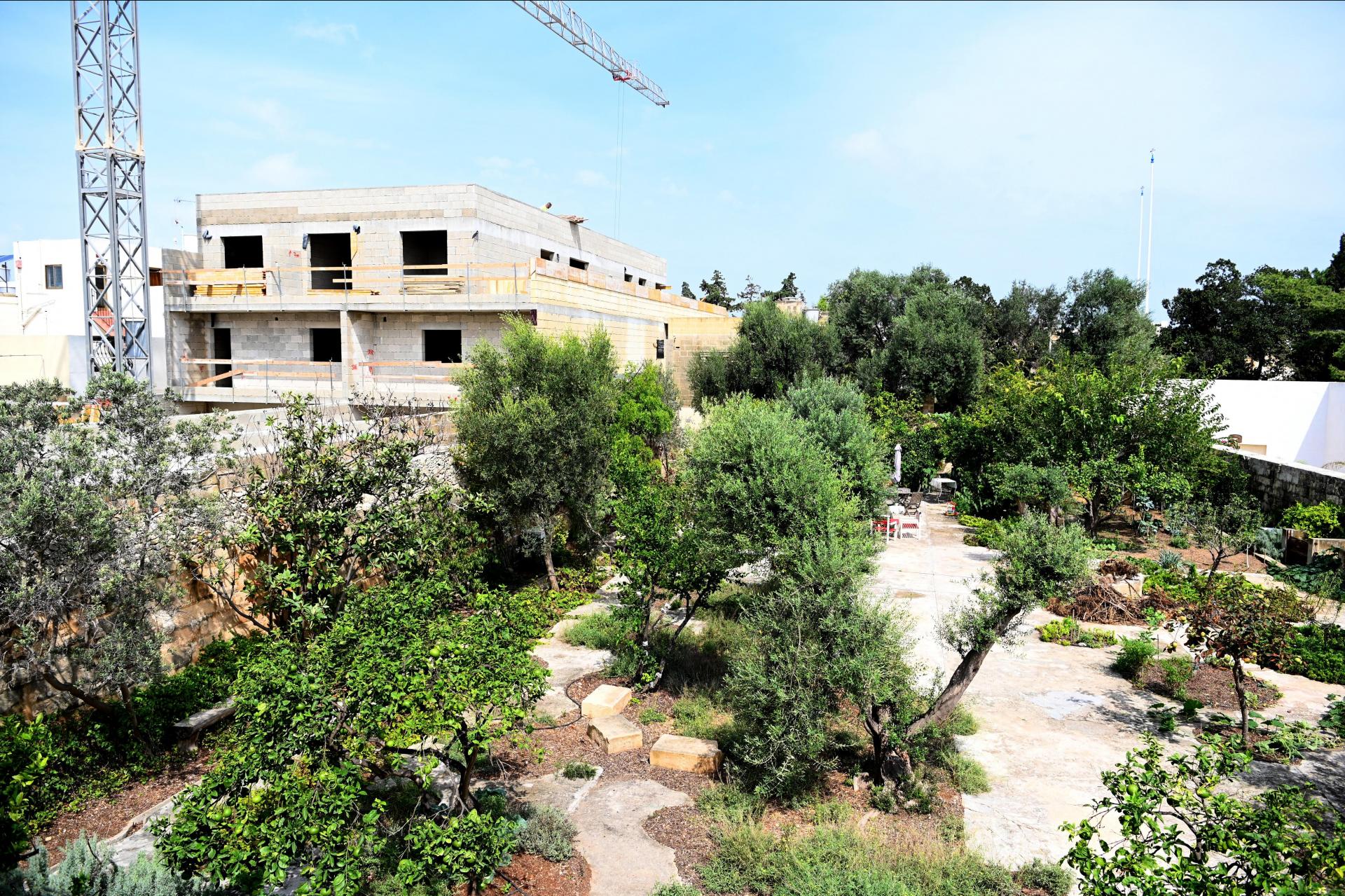 The four-storey development, as viewed from the grounds of the villa in Tarxien. Photo: Mark Zammit Cordina

An application to demolish an adjacent terraced house to build a block of apartments and maisonettes had been set for rejection even before the scheduling decision.

At the time, the application, put in by North Delux Developments, was described by the Superintendence of Cultural Heritage as creating “an additional extensive blank party wall overlooking a site of historic and architectural importance”. The case officer recommended turning down the application.

However, last year the works to build the four-storey block of apartments next to the villa was given the go-ahead.

A court ruled that the protected villa was at greater risk if the partially completed works were to be halted at this stage than if the construction was to continue. 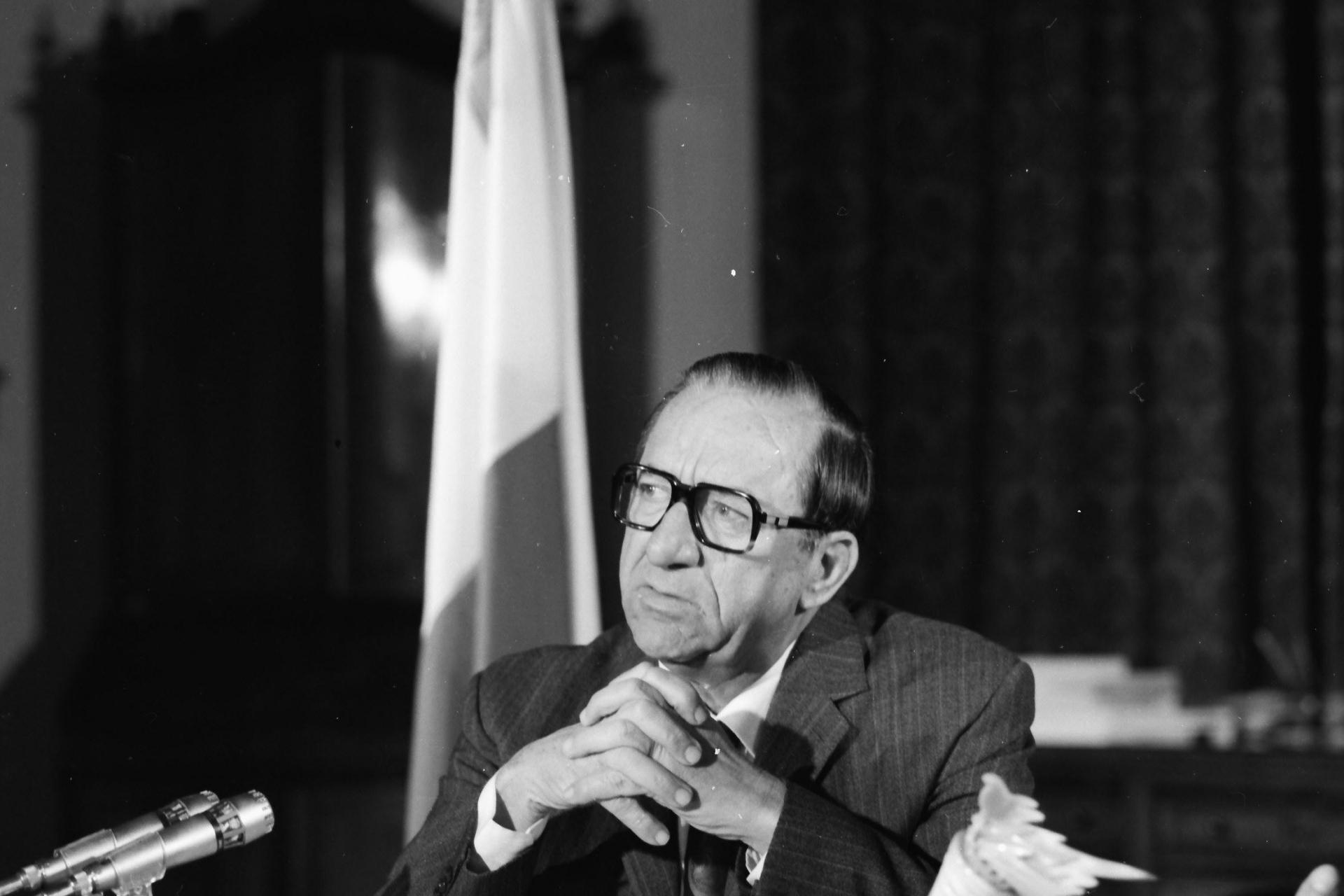 Dom Mintoff, an architect, designed the villa himself. Photo: DOI

Yana Mintoff, the late prime minister’s daughter who today calls the villa home, told Times of Malta that she feared the tribunal would move to remove the villa’s protection and allow for works which could impact the setting.

Construction works around the property had already caused significant inconvenience and minor damage, she said, adding that further construction would certainly ruin the context of the villa entirely.

The Mintoff family, she said, had also put a lot of money and effort into maintaining the scheduling of the property.

“My dad, as an architect always made sure things were done properly. I don’t know what is happening these days, it seems there is very little regulation,” she said.

Grade 1 scheduling is the sort of protection normally afforded to national monuments, including churches, cathedrals and fortifications.

There are some 700 buildings with this level of protection, including the Auberge de Castille in Valletta, the Archbishop’s Palace in Floriana, and the President’s San Anton Palace in Attard.

Had the property been granted Grade 2 scheduling which is normally granted to modernist architecture such as the Mintoff family home, it may not have stopped the planned adjacent development.

Schedule 2 buildings are those that enhance the architectural fabric of a village core.The Rialto Cinema in Bormla, PBS’s Television house in Pieta, and the Farsons Brewery in Birkirkara all have Schedule 2 protection.

Contacted on Wednesday a representative of the developers confirmed they were aiming to downgrade the scheduling of the property but declined to comment further.