A bust of Grandmaster Gregorio Carafa is back at its original location over the main entrance of the Auberge d’Italie, following restoration works on the bust and auberge façade.

Works on the bust were carried out by Heritage Malta’s conservation staff, while the façade was restored by AX Construction under the supervision of DTR Architects and the agency. 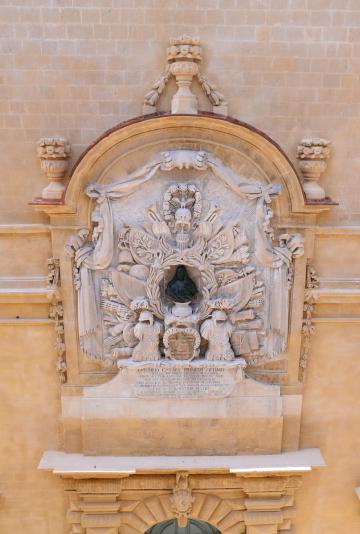 The bust and auberge have now been restored to their original glory.

The Auberge D'Italia is expected to host a new National Museum of Arts, MUZA, by 2018 - the year Valletta is due to be European Capital of Culture.

Marble work was cleaned by applying paper pulp and appropriate solutions compatible with the marble, to help remove the black crust. In particular areas, this process had to be repeated several times due to the thick layers of black crust accumulated over the decades, Ms Bonello said. 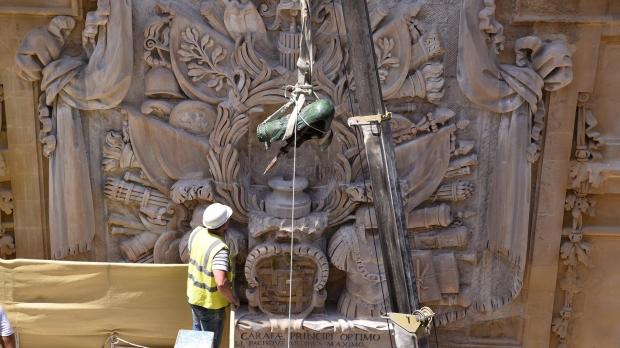 The bust is back where it belongs.

Other restoration works undertaken included replacement of some stones at the façade, replacement of the three finials in the form of vases over the arched cornice crowning the marble works over the main door and the choice of new colour of the apertures. All work was documented for future reference.

Senior curator Alexander Debono said the MUZA project is on schedule. He said the museum, once completed,would be three times bigger than the existing National Museum of Fine Arts in South Street, Valletta.