The struggling American University of Malta has embarked on an intense marketing campaign in China aimed at luring a substantial number of wealthy Chinese students to fill some of the hundreds of still-empty desks at the Cospicua campus.

AUM sources said that as part of this “blitz campaign”, spearheaded by the AUM’s owners, Jordanian construction magnates the Sadeen Group, a permanent office was opened in Shanghai last month. The hope is to attract, in particular, prospective Chinese students aspiring to gain a foothold in Europe.

Similar campaigns are being conducted in India and Ghana.

“The AUM owners are trying to give their project a last shot and have instructed university officials to fill the university with Chinese students,” a faculty member told The Sunday Times of Malta.

“Apart from opening a permanent office in Shanghai, with ‘diplomatic’ help from the Maltese government, AUM officials flew to China several times in order to sign ‘collaboration’ agreements with Chinese universities on sending students to Malta at least for part of their degrees.”

Massive discounts on tuition fees are being offered, according to another official: “The priority now seems to be to show that the Maltese campus is alive and kicking.”

The AUM has entered into ‘collaboration’ agreements with Chinese universities including the East China Normal University and Shanghai ECHO Education Group, both promising to start sending hundreds of students to Malta as part of a Chinese language and culture programme. 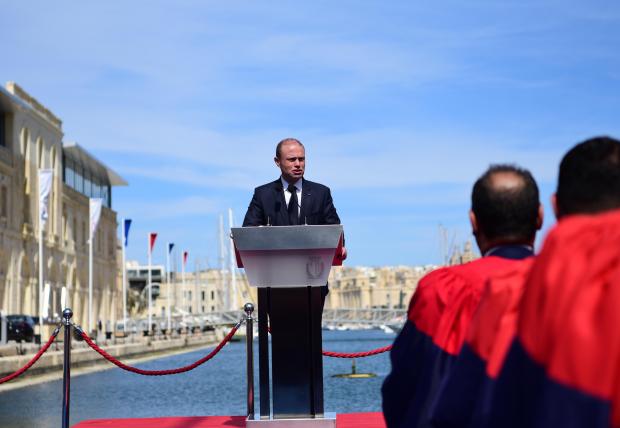 AUM insiders said that although the collaboration with the Chinese could well be the university’s “turning point”, language is a problem. “Unfortunately, most Chinese students have such a low standard of English that they don’t even qualify to start a degree course in Malta. Still, the university is trying to satisfy their requirements as their presence on campus is crucial,” one source said.

During last Friday’s official inauguration of the AUM campus, the university’s president Lewis Walker put the number of students on campus at about 100.

Although no details were given about how many students are enrolled in  each course, this newspaper is informed many of the students are not actually following a degree yet but are still learning English. The AUM introduced a one-year ‘English for Academic Purposes’ course aimed at instructing students in basic English, to enable them to eventually proceed to a degree course. The students are being ‘guaranteed’ an automatic admission to a degree course once they complete the English course successfully.

“Of the 50 additional students recruited recently, almost none meet the English language requirements for acceptance at the AUM’s accredited academic programmes. They need to learn basic English first,” a source said.

The Sunday Times of Malta is informed several owners of local English language schools have complained of “competition” from the AUM. They claim the government-appointed National Commission For Higher Education is not showing any “keen interest” in checking operations at the Cospicua campus.

Controversy from the start

The AUM project was shrouded in controversy from its inception in 2015. Some smelled a rat when the Jordanian construction company was given red carpet treatment by the Office of the Prime Minister. Despite the company having no experience whatsoever in education, the government agreed to grant it a large tract of ODZ land in Marsacala, known as Żonqor, to build a huge campus where hundreds of dormitories would have unspoilt sea views.

Politically, the project was spearheaded by Prime Minster Joseph Muscat, who defended his decision tooth and nail promising that the AUM would “transform the economy of the South”.

Opening its doors in 2017 – a year later than planned – the AUM has so far struggled to recruit many students.

It is also embroiled in controversies and court actions filed following the laying off of most of its original faculty and administration staff only a few days before their six-month probationary period was set to expire.

During Friday’s inauguration ceremony, attended by more guests than students, Dr Muscat again defended the project saying he was sure the AUM would fill its campuses with students in the near future.