"The Australian people have voted for change" said the 59-year-old Labor leader, promising a less pugilistic form of leadership and a raft of reforms to make the country fairer and greener.

With almost two-thirds of the votes counted, Albanese was set to lead the largest party in parliament, but had yet to secure an outright majority.

The election was a stinging rebuke for Prime Minister Scott Morrison, who admitted it was a "difficult" and "humbling" night for his conservative coalition.

His Liberals lost seats to Labor across the country, but they suffered the most painful defeat at the hands of climate-focused independent candidates in a string of once ultra-safe conservative urban seats.

"What we have achieved here is extraordinary," said Zoe Daniels, an independent who claimed victory in a once safe Liberal seat in Melbourne.

The teals tapped into deep seated anger in wealthy suburbs of Sydney and Melbourne at Morrison's unbridled support for the coal industry, despite three years of climate-worsened bushfires, drought and floods that upended life for millions.

Treasurer Josh Frydenberg was in danger of becoming their biggest scalp -- all but conceding as his seat in Melbourne was projected to fall to teal independent Monique Ryan.

"People are saying the climate crisis is something they want action on," said an elated Australian Greens leader Adam Bandt.

"We have just had three years of drought, and then fires and now floods and then floods again. And people can see it, that this is happening and it's unfolding."

He vowed to transform the country a renewable energy "superpower".

But he has refused calls to phase out coal use, or to block the opening of new coal mines.

He may now have to cut deals with independents demanding deeper commitments that would risk the ire of the pro-coal and mining union factions of his party. 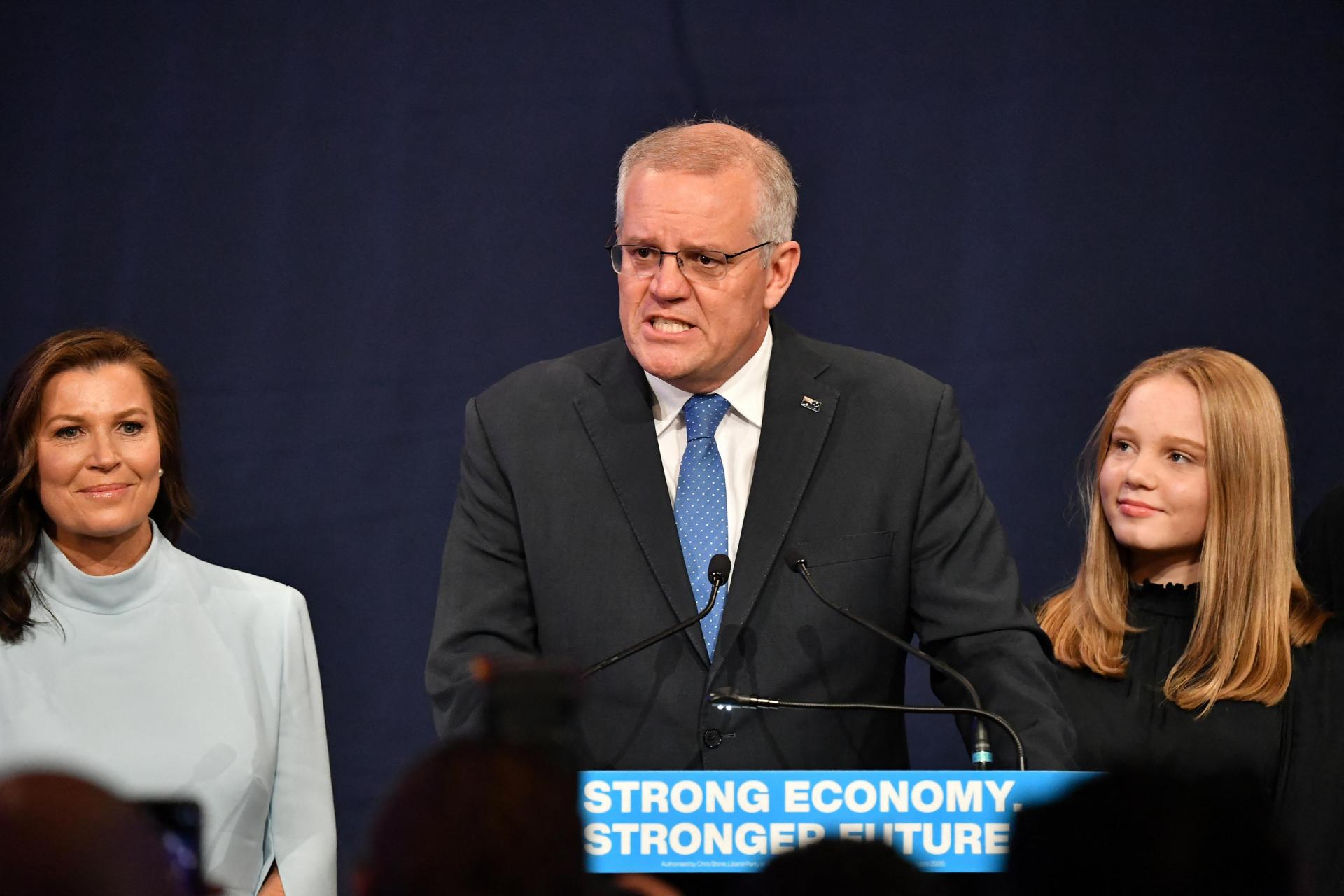 Albanese said he was "humbled" by victory.

Official projections indicated Labor had won 72 of the 76 seats it needs for a majority. With many votes still to be counted, it could yet secure a majority on its own.

"It says a lot about our great country that that a son of a single mum who was a disability pensioner, who grew up in public housing... can stand before you tonight as prime minister," Albanese said.

"My mother dreamt of a better life for me. And I hope that my journey in life inspires Australians to reach for the stars," Albanese said, before trying to calm some of his more exuberant fans.

"The right wing has had power for too long."

Earlier Saturday, Albanese asked voters to give his centre-left party a "crack" at running the country, and urged people to spurn a "divisive" prime minister.

Australians "want someone who is fair dinkum, someone who will 'fess up if they make a mistake," said the Labor leader.

Albanese often notes he would be the first Australian with a non-Anglo or Celtic surname to be prime minister.

Voting in Australia  is compulsory, enforced with a Aus$20 (US$14) fine but also rewarded at many booths that fired up barbecues to offer people a "democracy sausage".

The election decides who controls the House of Representatives, the Senate and who lives in the prime minister's "Lodge".