1,066 fines were handed out over the last seven days to people who breached COVID-19 rules, an increase from the previous week’s 948.

According to figures issued by the government on Monday, most of the fines issued, 799, were for people who did not wear their masks properly.

Another 160 people were fined for gathering in groups of more than four.

Over the weekend, some 150 people were fined by the police and the Malta Tourism Authority following reports of crowds in Pembroke and Mellieħa in breach of COVID-19 regulations. One police officer was assaulted and slightly injured in the process.

The authorities also fined seven people who broke quarantine - they were fined €10,000 each.

Fines are handed out by health, tourism, police, transport and LESA officials. 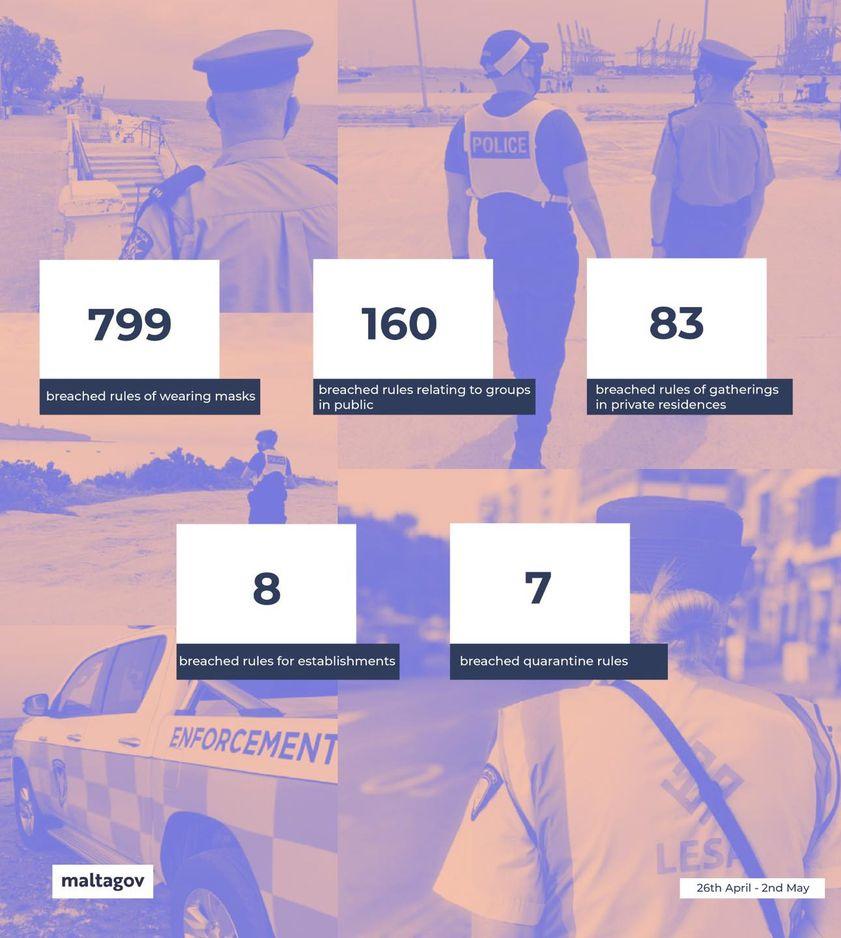