Several eulogies have been written for the Azure Window in Gozo, some taking comfort in what appears to be a face that formed on the cliff's edge, following the collapse of the arch.

But the face, which has been dubbed “the Azure ghost” - with some even comparing to the profile of former prime minister Dom Mintoff - had been etched on the cliff face all along. It was simply almost eclipsed by the stunning beauty of the rock formation alongside it.

Photos taken before last week's collapse show that the rock formation, which provides the illusion of a face when shot from an angle, has been there for a while.

This might come as a damper to social media users who, along with their selfies in front of the Azure Window, have shared photos of the 'face', which they compared to a relic of the window looking out at the open sea.

Another online discussion is on the actual age of the Azure Window, which some actually believe runs into thousands of years.

Earlier this week, photographer Daniel Cilia told Times of Malta that the window could be around 140 years old. He spoke of several land and seascape paintings, drawings and etchings of Malta, including a journal entry by Edward Lear, who in 1866 does not mention the Azure Window. 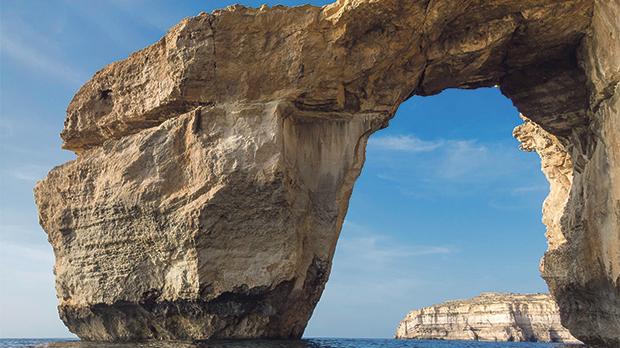 The face seen from below. Photo: Daniel Cilia

“Having drawn it [the Fungus Rock] I toiled up and up ­– but the coast scenery is not nearly as fine as that of Malta,” he says. 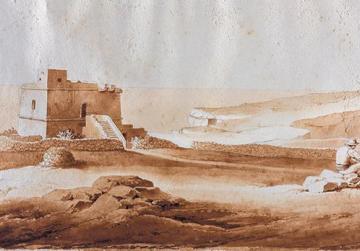 The 1824 aquarelle of Dwejra Tower.

This means the window probably formed between 1866 and 1879, Mr Cilia said.

Reacting, readers provided illustrations and text that could shed light on earlier origins; however, the earliest record seems to remain that of Ellis, dated 1879.

One of the works disputing the 140-year theory is an aquarelle from 1824 of Dwejra Tower, published in The Coastal Fortifications of Gozo and Comino by Alfred Sammut-Tagliaferro.

The window can be seen in the background of the black-and-white illustration. However, it is unclear whether it was already an archway or still a cave. Mr Cilia managed to track down the original, and it seems that the archway had not yet formed.

The photographer, meanwhile, found another illustration of Dwejra in a book dated 1854 by Thomas Spratt about the Geology of Malta and Gozo.

The detailed and labelled picture, depicting the coast, shows no hole in the cliffs that featured the Azure Window. 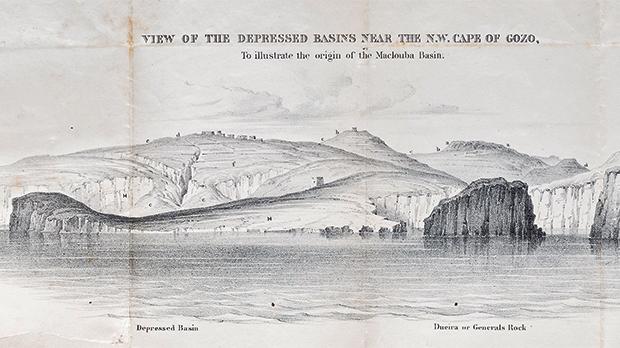 The illustration of Dwejra in a book dated 1854 by Thomas Spratt shows no Azure Window. 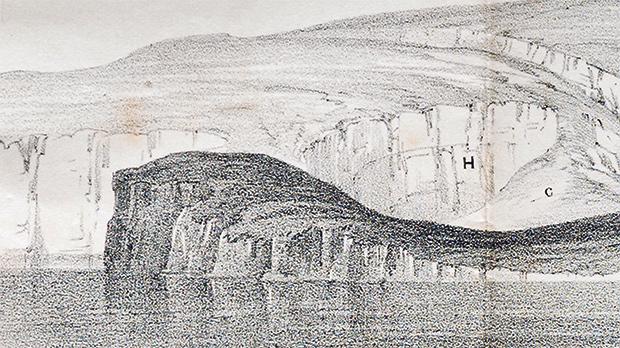 A detail from Spratt’s illustration.