The popular but derelict Joe Attard Kingswell stairs in Balluta will be getting a €450,000 facelift that includes a chairlift.

The project, financed through the Planning Authority’s Development Planning Fund, will replace the current steps with non-slip ones and includes the installation of wooden benches.

Used by pedestrians to cross from the upper end of the Balluta residential area to the bay, the stairs are sandwiched between scheduled buildings: a row of Grade 2 townhouses and the Balluta Church (Grade 1) on one side and the landmark Grade 1 Balluta Building, designed by the renowned Maltese architect Giuseppe Psaila, on the other.

The project - one of six across the island - was launched by Environment Minister Aaron Farrugia and PA’s executive chair Martin Saliba on Monday.

It is not yet clear when the refurbishment will be completed. 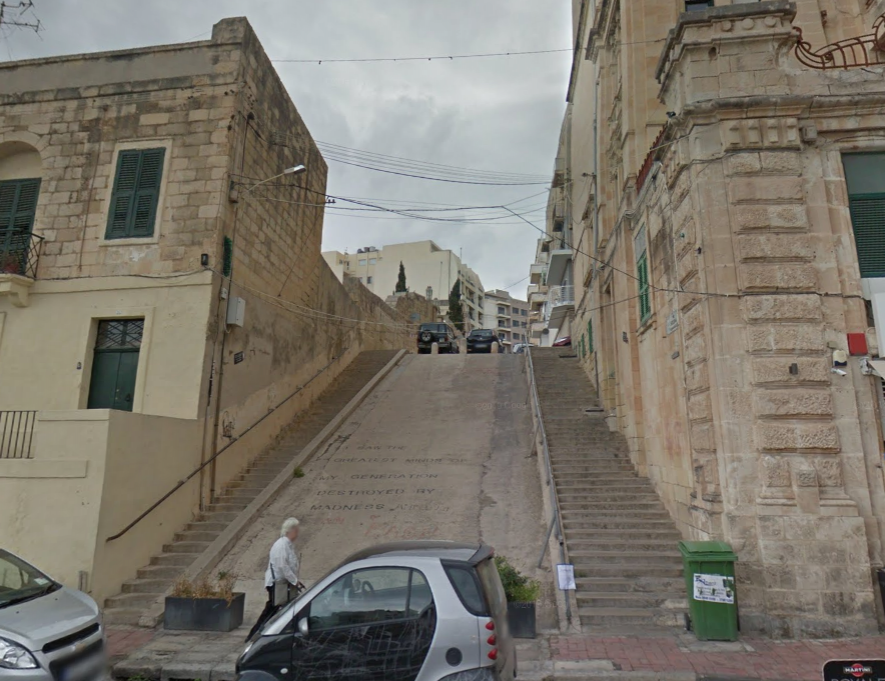 The PA is also funding another five projects in three localities to the tune of €433,000.

In Mosta, the authority will be financing the refurbishment of two public gardens: Grognet de Vasse Garden at Tal-Blata L-Għolja and 15th October Garden at Il-Ħobza ta’ Żokrija. It will also revamp a pedestrian alley close to the Mosta Football ground.

Some €288,000 will be spent on new playground equipment and rubber flooring among others.

The PA will also spend €95,000 on the reconstruction of a new footpath along Triq Il-Kappillan Mifsud in Ħamrun.

In Gozo, Qala, €40,000 will be invested in embellishment works in Triq il-Kuncizzjoni. 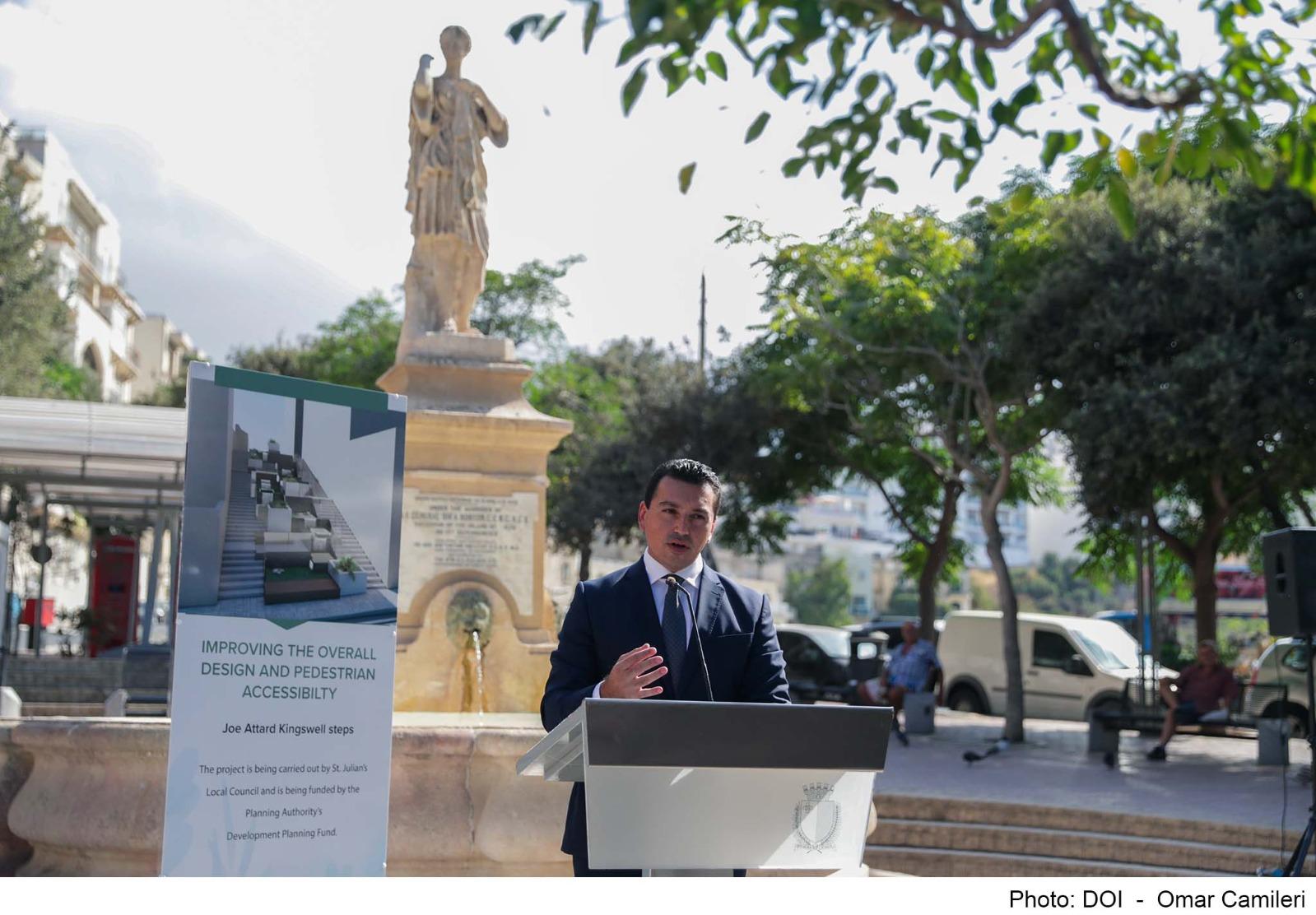 On Monday Minister Farrugia said that the PA's fund helped create "livable environments and happier communities" and through such initiatives, the government was encouraging "healthier urban environments".

According to Saliba, the fund supported community projects so that they were no longer delayed.