Gay men may soon be able to donate blood, as long as they have not been sexually active for one year, as the government considers relaxing the lifetime ban on blood donation.

Health Minister Chris Fearne told the Times of Malta that the technical committee set up last year to review the ban had recently completed its report and recommended scrapping the current indefinite deferral on donations.

The new policy, if implemented, would still exclude donations from men who have had sex with another man any time in the previous 12 months.

Speaking during a visit to the national blood bank yesterday, Mr Fearne said the government was now considering whether the proposal, similar to one adopted by the US last December, would be “viable” for Malta.

The National Blood Transfusion Service currently enforces a lifetime ban on men who have sex with men.

The ban is aimed at preventing the transmission of HIV, which is disproportionately prevalent among such individuals. 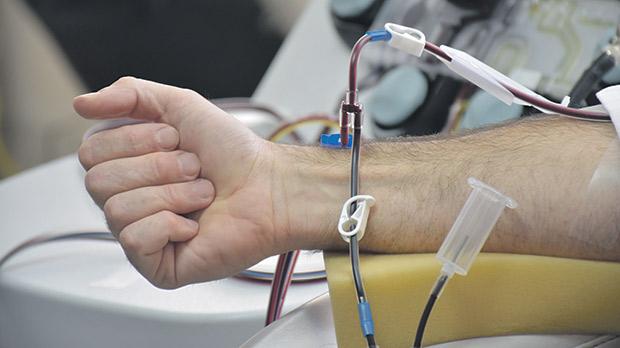 Medical professionals and gay activists, however, have said it can no longer be justified given the effectiveness of modern testing methods, with the LGBTIQ Consultative Council calling for the lifting of the ban last year.

In the US, where the 12-month deferral was introduced, the American Medical Association said the lifetime ban was “discriminatory and not based on sound science”.

It remains discriminatory in that, for example, gay men in monogamous relationships would still be banned

Studies in Australia, which ended its lifetime ban in 2000, also found no change in risk to the blood supply with the use of a 12-month deferral, according to the US Food and Drug Administration.

Malta Gay Rights Movement (MGRM) coordinator Gabi Calleja told this newspaper yesterday the new proposal was “an important step in the right direction” which followed the trend in other countries that had reviewed the ban.

“It remains somewhat discriminatory in that, for example, gay men in monogamous relationships would still be banned,” Ms Calleja said. “We would hope that the deferral period would be reviewed periodically in line with advances in science with respect to testing and risk and the deferral shortened further in the not too distant future.”

Meanwhile, the Health Minister also announced yesterday that the Blood Bank had acquired new equipment which would enable it to store rare blood types for up to 10 years – as compared to just 40 days at present – by freezing the blood to a temperature of minus 70 degrees.

Mr Fearne said some 5,600 people had donated blood in the first four months of this year, with more than 600 of them donating for the first time.

On average, the blood bank receives 18,000 donations every year, a figure that has remained stable for the last five years, with each donation capable of helping three patients. The minister said demand for blood had increased due to a greater number of surgeries, as well as aggressive cancer treatments carried out at the hospital.

Last week, a spokesman for the blood bank said that its re-serves could soon run dry unless more people show up to donate, with a steady decline in the number of bags available in the past three weeks.

Nurses said that the decline was caused by fewer people showing up to donate, as well as the increase in demand.