Banif Bank Portugal is to sell its 78.5 per cent stake in Banif Bank Malta to a private Qatari investment group in a deal welcomed by the prime minister.

The bank has been acquired by the investment arm of Al Faisal Holding for an undisclosed sum.

The Portuguese bank was forced to put all its foreign investments up for sale after it benefited from an EU bailout in 2013, and had set a 2017 deadline for selling its majority stake in its Maltese bank. 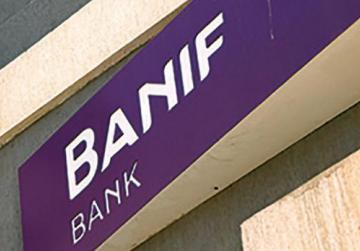 Maltese minority shareholders will be retaining their shares.

Al Faisal Holding is a multi-million international firm with an array of over 20 companies operating under its umbrella, including hotels, financial service firms, a private university and a transportation and logistics firm.  It was started by Sheikh Faisal Bin Qassim Al Thani, one of Qatar's richest men.

Sheikh Faisal this morning had talks with Prime Minister Joseph Muscat on the investment and other possible investments in Malta.

Dr Muscat said this was just the first investment by the Al Faisal Group in Malta.

The deal was of strategic importance as it involved the acquisition of the third-biggest player in the retail banking sector, he said.

The Prime Minister expressed his comfort that the new owner of Banif had a business outlook that was in synch with the government's.

He said this first deal would open up further avenues for investment from the Gulf region. 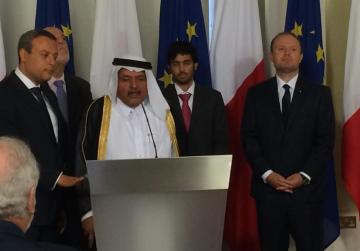 Dr Muscat thanked his chief of staff Keith Schembri for making sure things got done and once again delivering another investment for the country.

Sheikh Faisal noted that there was a lot of infrastructural development going on in Malta, which was the Group’s motivation for coming to invest here.

“I am sure we will be meeting frequently,” he said.

“This is a significant move for us. Banif Bank Malta will be Al Faisal’s first financial services investment in Europe and we expect it to be the first of more investments in Malta across a number of different sectors. I can assure all the bank’s stakeholders that as experienced, long term investors in high quality businesses, we will ensure that its management and staff have the necessary capital and resources to gradually expand the business and to provide new and existing customers with an enhanced and diverse range of market-leading financial services.

"We are confident that with Al Faisal as its majority shareholder, Banif Bank Malta will move into a new phase of growth and development.”

"While in the short term it will be business as usual for our customers as we consolidate and expedite our current growth strategy, with the backing of such a major, global investor we look forward to leveraging new resources and expertise to further develop and enhance the bank’s services and relationships with all our stakeholders,” he said.