Bank of Valletta on Friday said it would be slashing its credit interest rates on customer deposits.

The new interest rates will be applicable to fixed-term deposits opened or renewed as from June 17, 2020. Interest rates on other deposit accounts will change with effect from August 12, 2020.

See the new rates on term deposits in the table below. 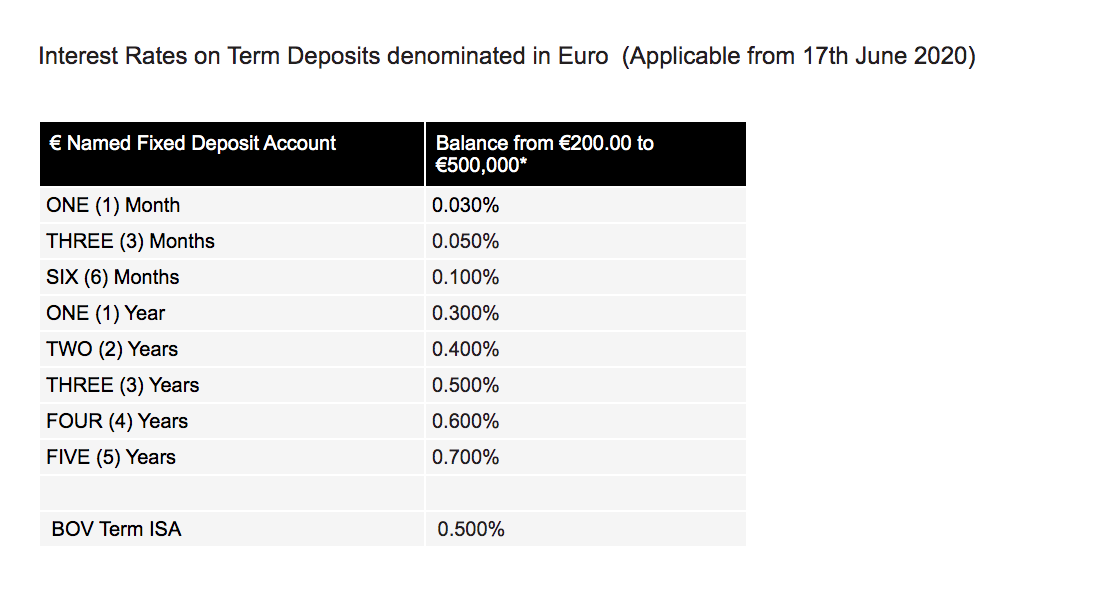 Reserve cheque accounts will remain unchanged at 0% interest while student accounts with deposits of over €2,500 will see interest drop from 0.7% to 0%.