If ever there was a phenomenon that inspired and influenced the Maltese people and helped them construct their identity this was indisputably the period during which they cohabited these islands with the Order of St John (1530-1798).

Art and architecture play an important role in the construction and representation of cultural identity. The Knights’ period did not only inspire the Maltese elite to take baroque imagination on board but also to embrace Baroque as a perennial component of the community’s identity.

It was indeed the quintessential depiction of the Great Siege that in time helped implant the eight-pointed cross of St John in the Maltese distinctiveness, now known worldwide as the Maltese Cross. Valletta’s ensuing baroque architecture and the interior beautification of St John’s, including the oeuvres of Caravaggio and Mattia Preti, appear to be the major benchmarks in what is justifiably perceived as the zenith of Baroque Malta. As Jean Carpentier and François Lebrun concluded: “in the 17th century, thanks to the prosperousness of the Order, Malta became a mostra, a permanent exhibition of baroque art apogee: architecture, sculpture, painting, ornamentation”.

Preti’s work of genius left its mark on many visitors, as witnessed by Dominique Vivant Denon, future director of the Louvre – in Malta in 1778 and again in 1798 – who remarked on the artist’s style “in the idiom of Paul Veronese in design and colour”. Caravaggio’s intense take on the martyrdom of the Baptist did not only mesmerise contemporary visitors but appeared to have matured into a form of local national icon. Up to some decades ago numerous Maltese households displayed the dramatic Beheading in their modest salotti as if to assert their ownership of Caravaggio’s national bequest. 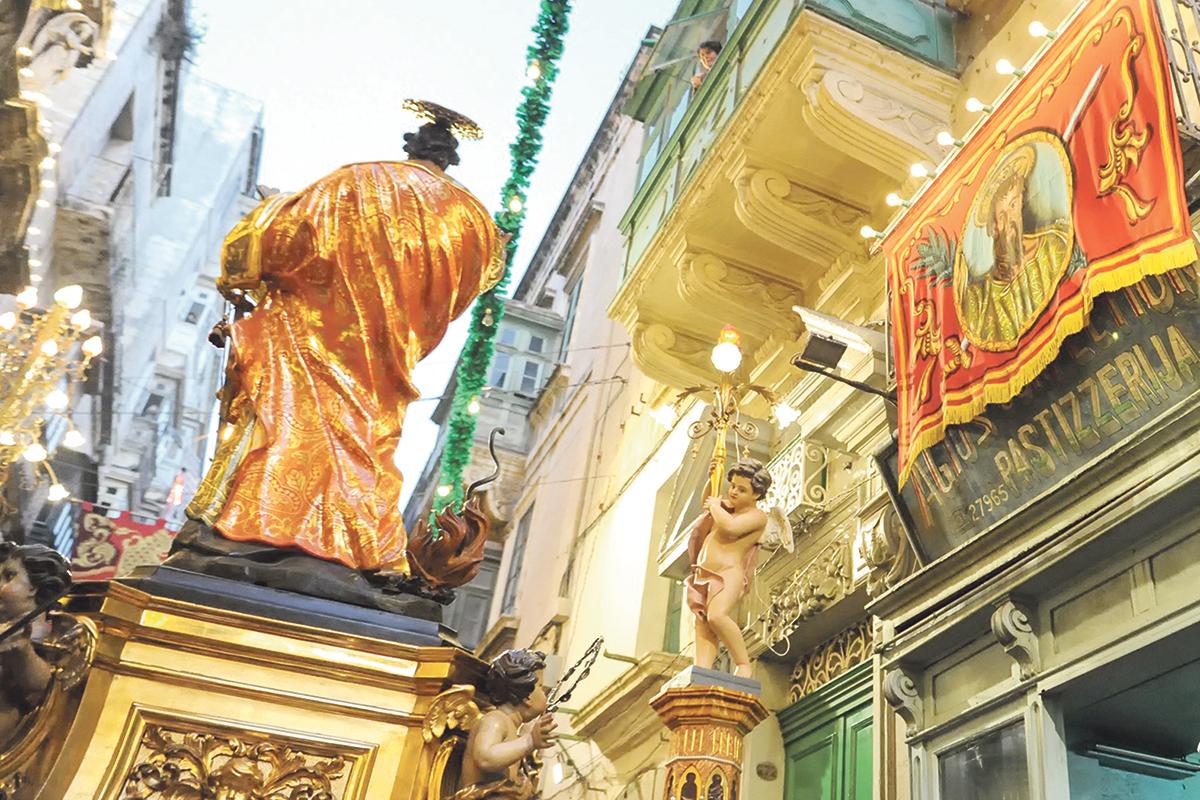 Valletta’s baroque exuberance however also seems to have permeated to a number of villages: evidence the construction of several baroque parish churches by Maltese architects such as Tommaso Dingli and Lorenzo Gafà, augmenting rural Baroque heritage in Attard, Naxxar, Żebbuġ, Żurrieq, Vittoriosa, Qormi, Rabat and the new Mdina cathedral enhancing what Girolomo Cassar himself had erected in Żejtun and Lija among others.

On their arrival the Knights were determined to impress esteemed monarchies; they embarked on a plan to establish a princely state with the result that Valletta, and subsequently Malta, found themselves strongly imbedded on the map of Europe. They did this by devising a sophisticated level of artistic criterions equating their maritime epic accomplishments. During the 16th, 17th and partly the 18th century it was mainly the baroque glory of the Order which fascinated travellers of the Grand Tour with public fountains, statues and edifices. Baroque was enhancing the perception of the island by foreign visitors and dignitaries.

Around 1675 during the traditional feast of Calendimaggio in Valletta, Giovanni Francesco Buonamico, local scientist, linguist and poet, read a short poem in honour of Grandmaster Nicolas Cotoner, since considered as “an exceptional case of baroque poetry in Maltese”. The poem was expressing a vibrant period of baroque influence in literature and drama authored by local writers such as Gian Francesco Abela, Domenico Magri and his brother Carlo, Carlo Michallef, Mario Pace, Marcello Attard de Vagnoli, Enrico Magi and Giacomo Farrugia.

Music was also playing up to Baroque: Maltese opera composers including Giuseppe Arena and Girolamo Abos and their students, amongst them maestri di capella Benigno Zerafa and Francesco Azopardi, must have contributed to the baroque milieu that eventually sustained Antonio Manoel de Vilhena’s intent in 1731 to build the Manoel Theatre in Valletta.

The Baroque trend however was also manifested in popular architecture. Baroque beauty of the urban armature was finding its way on a set of shapely balustrades on the facades of village houses supplemented by regal stairs inside.

A continuing custom of this Baroque expression is still present in several town houses, foremost among them numerous band club properties. The latter are also typically decorated by gilt-framed paintings hanging over period furniture. In town and village residences well-to-do families would also opt for other ornamental types of furniture often including the iconic Maltese eight-pointed cross, as found in the surviving popular Arloġġ tal-Lira.

The way contemporary Maltese were absorbing baroque features in their own decorative flairs could be construed as an exercise in “cosmopolitising one’s identity”. Walter Mignolo explains that cosmopolitanism – in other words Western culture – which for centuries has been globalised to fit other countries, the latter believing such a phenomenon marks them as acquiring the latest modes of society, has a habit of taking place in every era and in most countries, in particular where communities tend to perceive their own culture as inferior. This occurrence appears to be quite perpetual: the Maltese of the baroque era, in replicating its styles do not seem to have been behaving very differently from their current descendants, similarly the well-off and powerful, who are attempting to ‘cosmopolitise’ today’s Malta by promoting high rise buildings to emulate cities with skylines that appear to be the models of contemporaneousness and affluence most probably perceiving their own centuries-old skyscapes to be inferior or outmoded. Obviously some of the Island’s current heedless ‘cosmopolitising’ in construction is unfortunately risking the ruination of the traditional Maltese landscape which used to be so important in the identification of Malta with Mediterranean low-lying vistas dominated by steeples, domes and monumental structures, many of them part of our baroque heritage, so central to our patrimony and tourism. 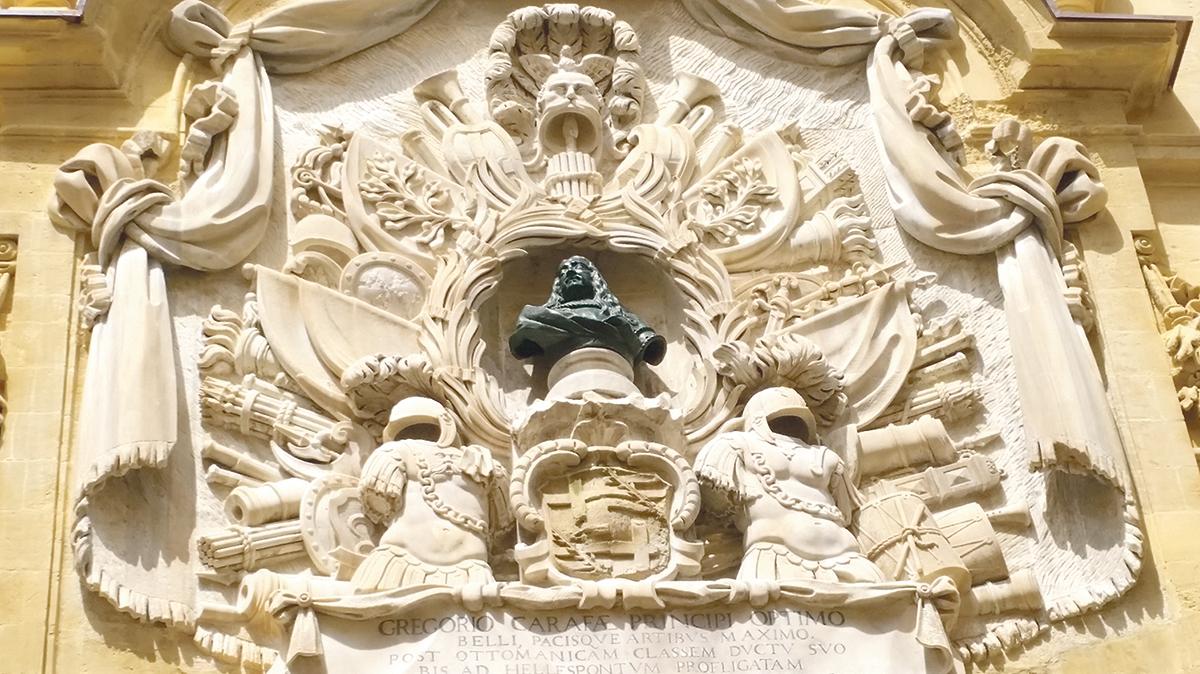 Carafa façade on the Auberge d’Italie in Valletta (above): thanks to the prosperousness of the Order, Malta became a mostra, a permanent exhibition of Baroque art apogée: architecture, sculpture, painting, ornamentation - Jean Carpentier and François Lebrun

Baroque pervaded all ways of Maltese life frequently with long-lasting effects on many outward expressions of the community such as the village festa, creating a typically baroque jovial environment. During the rule of Grand Master De Rohan (1775-1797), the people indulged more in annual festivities in honour of village saints. Originating in the 16th century, Maltese parishioners must have picked up such ritual revelries from Spain and Sicily during the time when Malta formed part of the Kingdom of the Two Sicilies and later under the Order.

By 1765 during a festa a handful of musicians would march through the streets to attract the attention of the faithful. Today the Maltese feast is not only an annual highlight of the community but indeed enables supporters of band clubs to distinguish themselves complete with their own colours, slogans, street decorations and boisterous band compositions, marking specific territorial spaces in manifestation of their declared identity within the traditional baroque-esque milieu.

At its height Baroque appears to have captivated the imagination of all prosperous powers; it served to create a distinguished artistic identity. Versailles, borrowing a lot from Italian Renaissance and baroque traditions, remains the recognised opulence of Louis XIV who made France in the eyes of all European sovereignties. Maltese nobility and wealthy families, after the Order’s arrival, found themselves faced with a celebrated international organisation which had the means to conduct their business in a courtly manner. Certainly the Maltese elite could not resist the challenge to upgrade their own modest abodes in the quest to try, with very modest success, to find parity with the new European noble community. Further to their loyalty and bravery during the Great Siege, the Maltese were thus asserting their credentials as truly Christian and European through the exploitation of Baroque.

This compulsive commitment – of fabricating a European identity – became more evident in the 19th century, when the Maltese decided to adopt the eight-pointed cross as their major symbol of international identification, representing the glorified legacy of the Knights, particularly their Baroque magnificence.  French philosopher Paul Ricoeur contends that collective memory is held to be a set of traces left by feasts, rites, and public celebrations. It is this memory and its environmental evidence – baroque buildings, symbols, styles, habits, rituals, customs and artefacts – that appear to have nourished the perpetuated identity of the Maltese, constructed on their long exposure to the artistic expressions of the Order.

The Baroque identity had burrowed deep: ceremonial artistry appears to have persisted in the ornate style also during most of British rule (1800-1964) and beyond.

In a colony, the native intellectual relies more on the cultural difference in his quest for identity. Conscious of baroque Valletta becoming the de facto capital city of the new military occupiers – now displaying parades, drills, naval manoeuvres and uniformed foreign sailors – the local elite community must have acknowledged the contrast between the past artistic, mostly baroque, ambiance as the expression of grandeur of a nation and the new outpost’s seafaring characteristics.

Later in the 19th century this challenge of convergence reached its culmination in the Language Question, a bitter battle for identity between the local literati defending their deep-rooted Italianate culture and the colonisers aggressively pushing for British hegemony. The British were hardly attracted to Baroque as they used to associate it with the Counter-Reformation of the Church. 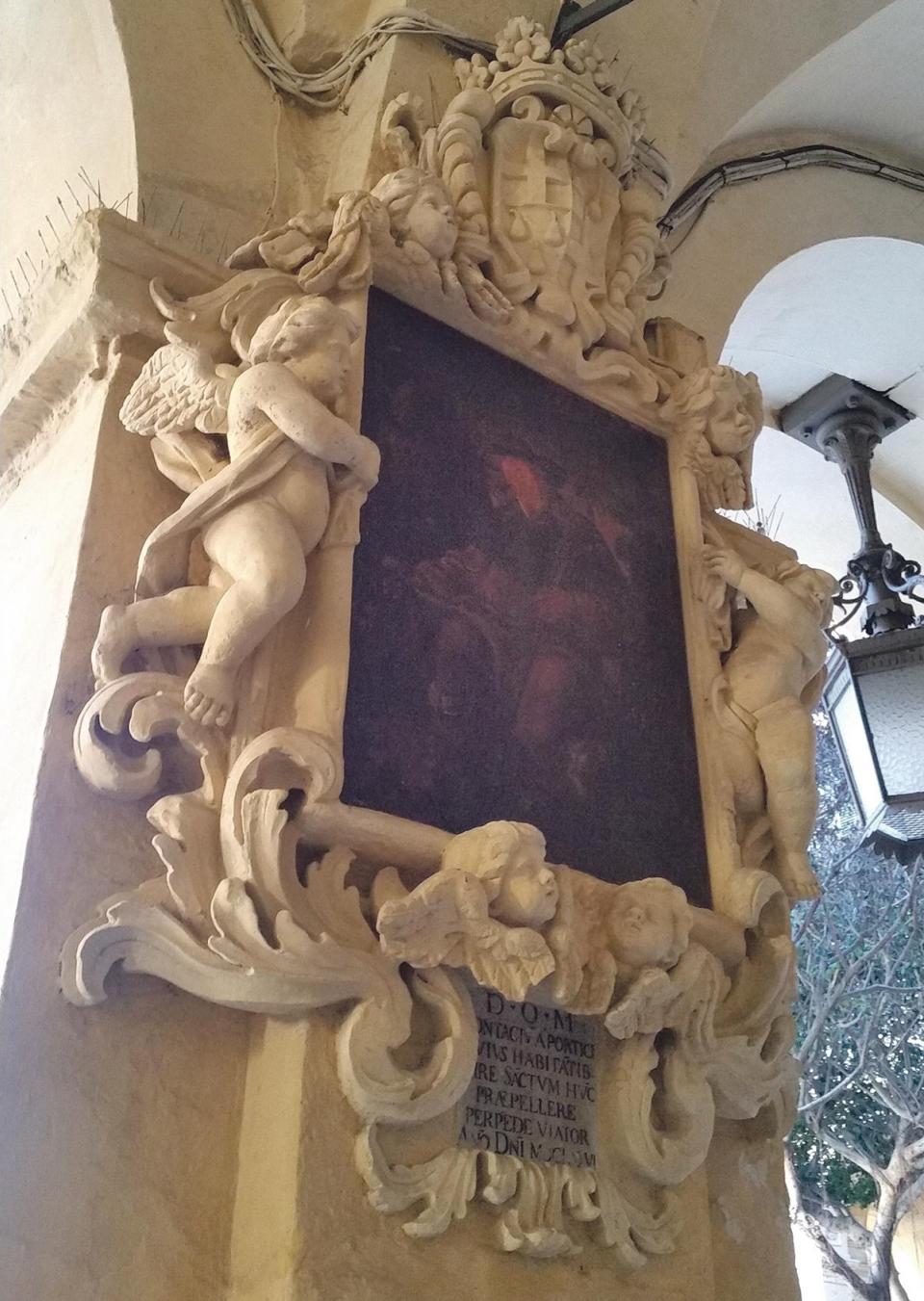 This Valletta exuberant shrine is a living exposition of the Island’s baroque mind acquired during the period of the Knights marked by architecture and artistic ornament.

Moreover, during the 19th century different British architecture in Valletta exhibited a status that diplomatically reminded visitors that the capital, albeit conceived as the City of the Order, was ultimately an integral part of the British colonial realm. This imperial supremacy climaxed, with limited funds, in 1844 with the erection of St Paul’s Cathedral, specifically with its tower rising above the bastions, which in British architectural historian Howard Colvin’s judgement “raises St Paul’s Cathedral to a high position among its ecclesiastical contemporaries, and make it so uniquely appropriate as the seat of an English bishopric in the Mediterranean seas”.

Since the new colonisers strongly encouraged 19th century currents against Baroque, the Maltese appear to have adopted a form of resistance to guard their previously acquired identity. Protestant, non-Latin, non-Mediterranean England presented quite a contrast with the ebullient Catholic Italianate culture the Island had shared since medieval times. In his appraisal of English architect William Scamp’s watercolour depicting the Valletta skyline, architect Conrad Thake believes that the sketch must have been intended to assess St Paul’s spire’s visual impact on the city’s vista. He states that “consciously or not it was conceived as an Anglican landmark foisted upon a fortified city that was imbued with the spirit of Baroque”.

Frivolous as it sounds, as if to ingenuously crown their baroque identity, the Valletta 1570 basilica of Mount Carmel appears to have responded to what the neo-classical 1844 steeple of the Anglican Cathedral represented. After WWII damage, in 1981, a domineering large baroque dome was completed ostensibly to permanently settle the artistic and religious supremacy of the Valletta skyline with the ultimate baroque timbre of identity.

This article is an abridged version of an academic paper by Dr Xuereb appearing in The Journal of Baroque Studies (Prof. Frans Ciappara, ed.), published by the International Institute for Baroque Studies, University of Malta.