European Commission President Jose’ Manuel Barroso told a court in Luxembourg today that former Health Commissioner John Dalli had accepted that it was imprudent of him to have had meetings with people from the tobacco lobby in Malta.

The Commission President also stressed that following an Olaf report which found circumstantial evidence that Mr Dalli must have known that an associate (Silvio Zammit) was allegedly trading in influence, he had lost confidence in Mr Dalli, and had he not resigned, he would have sacked him.

Testifying in a case for unfair dismissal filed by Mr Dalli, Mr Barroso said he could not understand how Mr Dalli could have had these bizarre meetings thousands of miles away from the commission without any officials being present. Furthermore, these meetings were being organised by a bar or restaurant owner (Silvio Zammit).

'HIS POSITION WAS UNTENABLE'

“It was clear to me that his position was untenable. I am a lawyer by training and to me the presumption of innocence is vital, but this is about political implications,” Mr Barroso said.

“I told Mr Dalli to resign voluntarily and added that if he would not, I would make him under the provisions of the treaty.”

“It was unthinkable for him to continue as commissioner. It was a matter of common sense that a prolonged investigation would cast a long shadow on the Commission. Especially as he was preparing to deal with such a complex legislation - Tobacco Directive.”

When replying to questions, Mr Barroso said that before his meeting with Mr Dalli in October 2010, he had not lost hope completely that Mr Dalli could give a convincing reply. But Mr Dalli said nothing that convinced him.

Asked how Mr Dalli could come up with a convincing reply once he had not been handed the Olaf report, Mr Barroso said this was not a legal process. This was a political meeting. His responsibility was to decide whether Mr Dalli should stay in the Commission or not. The fact that he had no access to the report could not be taken into account by him as a reason not to take action. 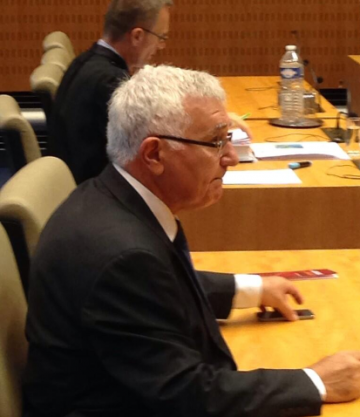 DALLI: MINE WAS NOT A VOLUNTARY RESIGNATION

Mr Dalli, who testified earlier, recalled his meeting on October 16, 2012 with Mr Barroso. He said Mr Barroso told him, on the basis of the Olaf report, that his position was untenable, but he refused to hand him the report.

Mr Dalli says he could not understand why he was told to go since Olaf had said there was no proof that he was in any way involved in this alleged request for money. The Tobacco Directive was not affected and no money changed hands. Yet Olaf concluded that there was unambiguous circumstantial evidence that he was aware that this bribe request was made.

When, eventually, he saw the details of the report he realised it was about two meetings. The first one was with Thomas Hammagren from Phillip Morris. It was true that he met him and Silvio Zammit was present. He met him at a hotel in Gozo, in his swimming trunks because he was on holiday.

Mr Dalli read from a report written by Mr Hammagren after the meeting in which he defined Mr Dalli's position as being firmly in favour of public health.
Then there was another meeting with a Maltese lawyer Gayle Kimberley. Mr Dalli wrote from an email about the meeting, in which she said that she was no representing Swedish Match. She was not a registered lobbyist, but Olaf hid this claim by Kimberley herself that she was not representing Swedish Match.

“This is an example of how the facts were manipulated to come to a pre-determined conclusion that I would have to go,” Mr Dalli said.

Mr Dalli said he had argued with Mr Barroso that his conclusions were wrong. But Mr Barroso insisted his time was running out and he had to go

Mr Dalli insisted that this was not a voluntary resignation. His ‘death sentence’ had been pronounced and executed.

The sitting is still in progress.