It means they won't be able to allow more than 100 people inside and 300 outside, based on social distancing rules that further restrict venues to one person per four square metres.

More than 40 cases have been linked to Malta's entertainment district, Paceville in the last fortnight and pictures have shown people thronging in the streets around nightclubs and bars.

In Sicily young tourists partying on the island have hit the headlines for returning with the virus. In Ragusa, ten 18-year-olds tested positive for the virus after arriving back from Malta, placing more than 150 of their friends and family in quarantine, according to Italian media. 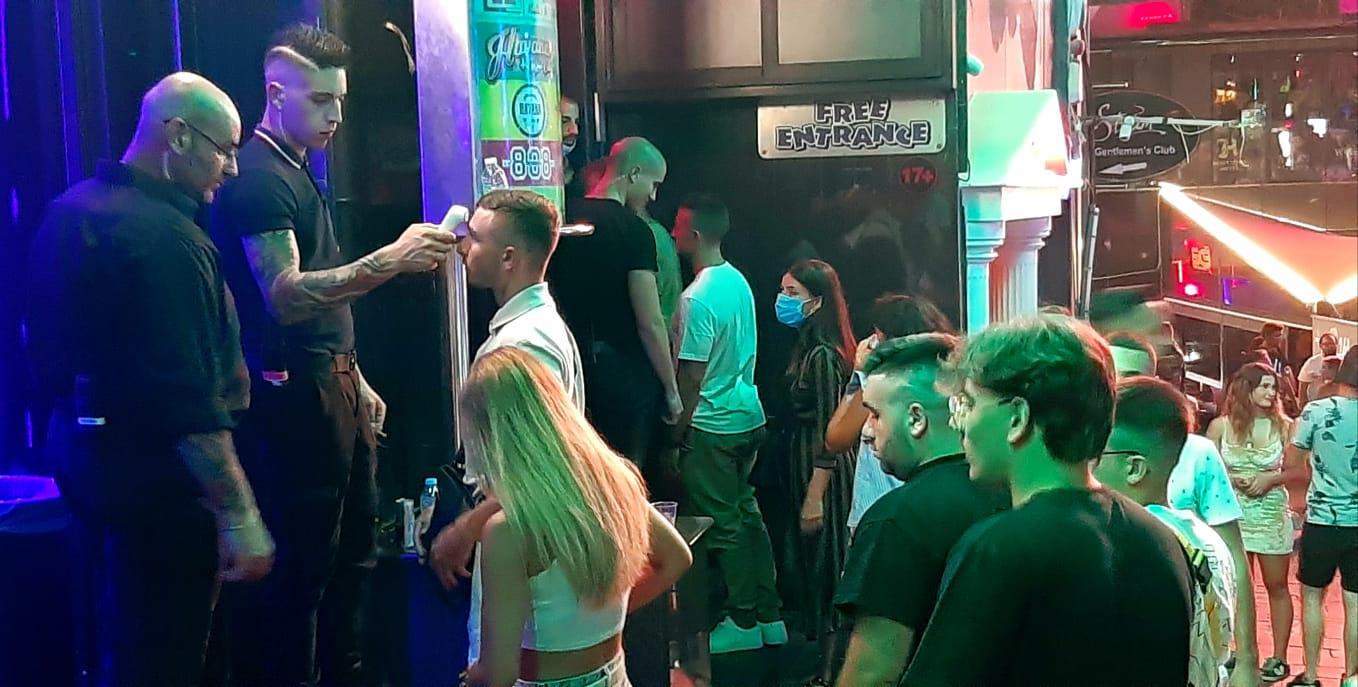 Temperature checks at a nightclub in the Paceville district. Photo: Chris Sant Fournier

Published on Thursday, the same day the rules come into force, the legal notice states: "All places of entertainment that appear in the  list  found  in  sub-regulation  (2)  bars, discos and nightclubs] shall  observe  the requirements and measures imposed on organized public mass events."

Groups of more than ten people will not be allowed and these groups must be separated by two metres.  Those caught not abiding by the rules are fined €3,000 for "each and every" breach.

The previous legal notice had restricted the rules to "event organisers" but it is now widened out to include bars, nightclubs and discos.

On Wednesday, the tourism authority said it had found 12 establishments in breach of the new rules. It had carried out some 500 inspections since the restrictions were introduced.

Malta's numbers have continued to spike over the past weeks, with a record number of new cases, 55, registered on Thursday.