The launch of the EU Green Deal campaign kicked off on Saturday with members of the Maltese European Commission teaming up with volunteer NGO Wave of Change for a beach clean-up.

The EU Green Deal Campaign focuses on the overall objective for the EU to become the first climate neutral continent by 2050. The Green Deal promotes green investment and sustainable economies by shifting production and consumption towards being more circular and sustainable practices.

The beach clean-up took place at the Buġibba jetty on Saturday, where Olympian swimmer Neil Agius and members of the NGO Wave of Change helped to clean both the shoreline and the sea.

The clean up was the start of the EU Green Deal Roadshow, where an interactive wall will be doing the rounds at various locations to promote the basic concept of the green deal. It will also provide participants with a hands-on and interactive opportunity to understand the policies.

The roadshow is planned to go on for several weeks and will also be set up on the University of Malta during Fresher’s Week. 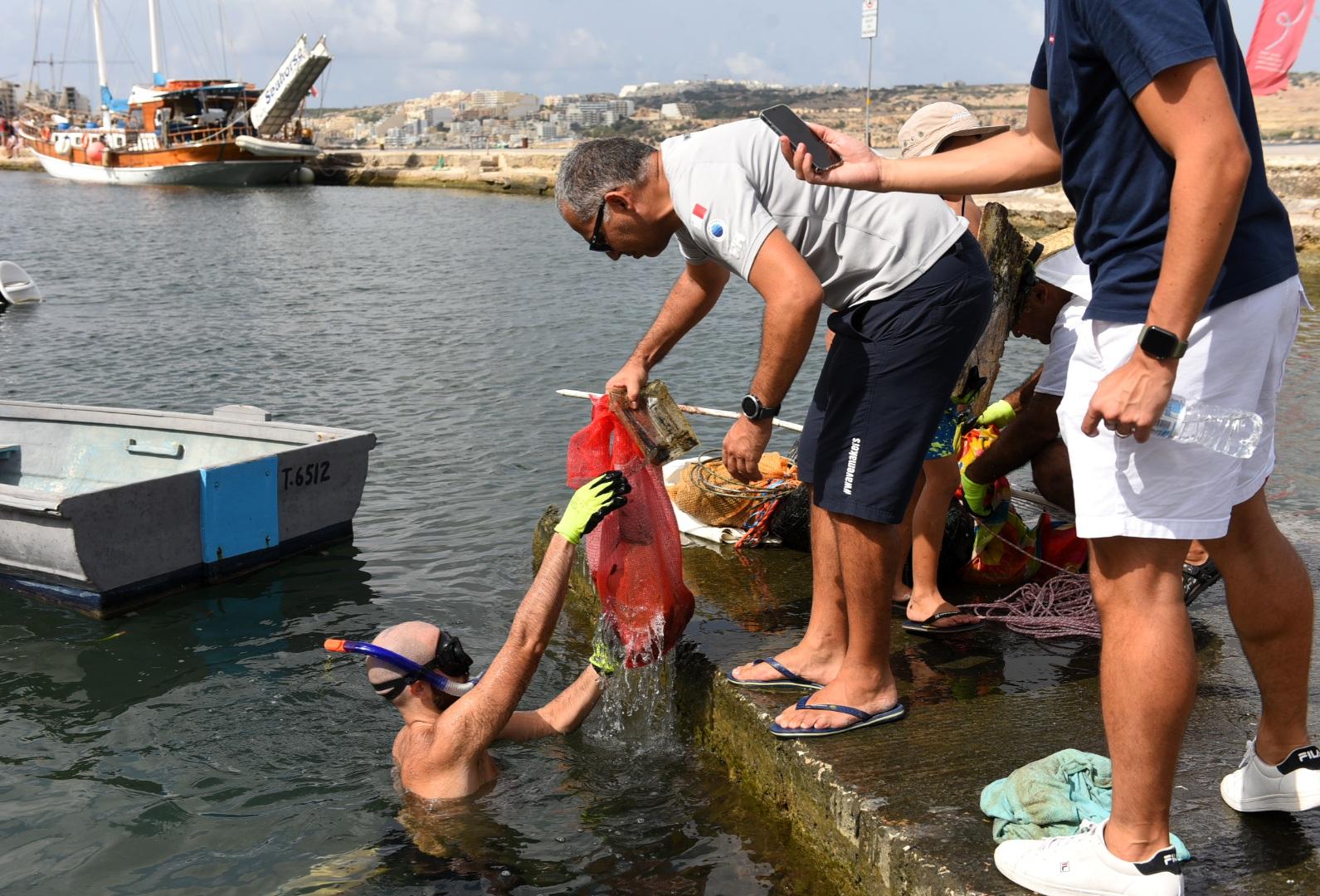 Environment Minister Aaron Farrugia, who visited the clean-up, said the activity was to highlight the EU’s green policies.

“The European Green Deal is to aid EU countries, such as Malta, to make a ecological transition in the years to come.”

An environment spokesperson said that the clean-up was to increase awareness amongst the general public and the private sector as well as the harm single-use plastic causes.

“Malta, as a island has the issue at heart and supported the European Commission in its proposal to reduce marine litter which today is known as the Single Use plastics Directive. Malta was one of the first to draft a single use plastic strategy and to announce the banning of certain single use plastic items.”

Also present at the clean-up was Sustainable Development Minister Miriam Dalli and representative of the European Commission in Malta Elena Grech.