Beatles fans won’t be able to touch them, but they can soon get their virtual hands on personal memorabilia from John Lennon’s son Julian in the form of NFTs.

The certified digital artworks going under the hammer in California next month include the NFT version of the handwritten notes for the song Hey Jude, with an estimated price tag of up to $70,000.

Originally entitled Hey Jules, the Fab Four’s hit was written in 1968 by Paul McCartney to comfort a young Julian during his father’s separation from his mother, Cynthia. 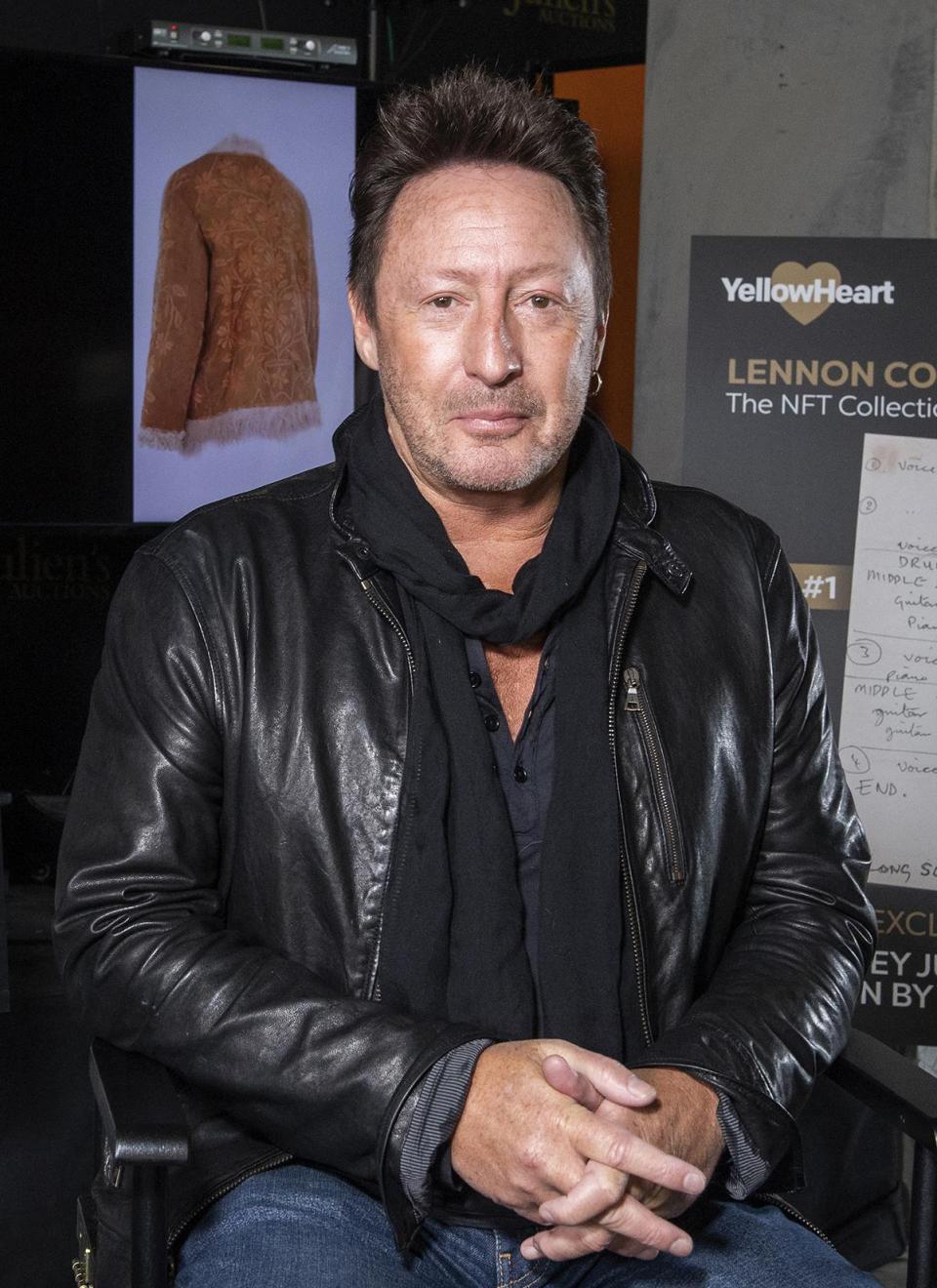 Julian Lennon plans to sell other NFTs from his collection but has no plans to physically part with his memorabilia.

The NFT version of the notes is presented as an animation in which the words are progressively inscribed on the page and is accompanied by an audio commentary from Lennon junior.

“For me, just looking at a picture is not enough if I was a buyer,” Lennon said in Los Angeles.

“So I wanted to add something a little more personal. And for me, that was writing and narrating a little bit of story that would be behind the images.”

Lennon is also selling an NFT of the Afghan coat worn by his father on the set of Magical Mystery Tour, which could fetch up to $10,000.

Also available will be an NFT of the black cape John Lennon wore in the film Help, as well as three guitars, including one that Julian Lennon received from his father for Christmas.

Lennon plans to sell other NFTs from his collection via Julien’s Auctions but has no plans to physically part with his memorabilia.

“Not a chance! Are you kidding me? It’s taken me 30 years of collecting items that were very, very personal,” he said.

“And you know, I do not have many things from Dad. So I cherish them.”

While their content may be copyable, the NFT is “the original”, in much the same way that there are innumerable prints of Leonardo da Vinci’s Mona Lisa, but only the Louvre museum has the original.

Investors and wealthy collectors have clamored in recent months to get involved in the latest digital craze, which relies on the same blockchain technology that powers cryptocurrencies and cannot be forged or otherwise manipulated.

Recent auctions have seen eye-watering sums paid for NFTs, including a staggering $69.3 million for a digital work by artist Beeple at a sale at Christie’s.