“You’d better call me.” It’s around 9pm, March 11, 2020 – two days before the opening of Sebastian Tanti Burlò’s exhibition Other Places. A line of text flashes across my home screen, interrupting my packing rituals as I prepare to make the trip down from London for the event we’d been working on for the past two months. For weeks, headlines on the threat of a faraway virus had been growing louder and louder – their impact now manifest in a conversation we’d both dreaded having. 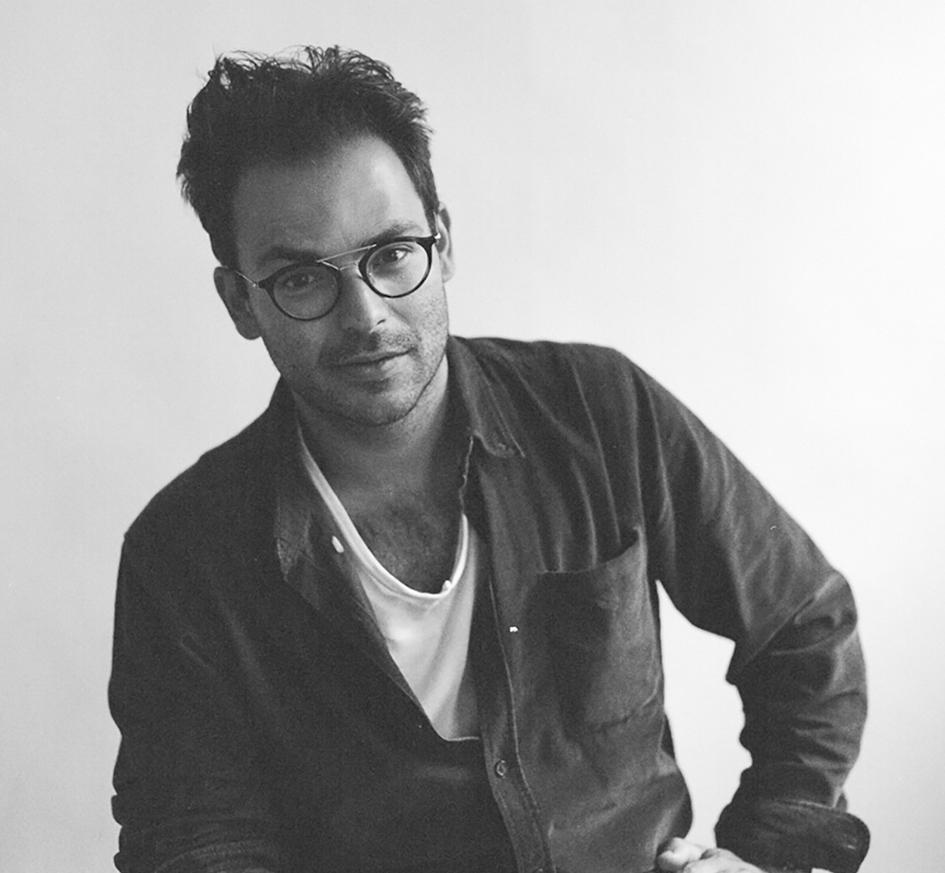 “I think we should cancel.”

Neither of us wanted to pull the plug on the opening – not out of a vain desire to persist with our plans but from resistance to what it meant in the greater scheme of things. The virus was no longer a foreign problem. By the next morning we had woken up to a new pandemic world. We would postpone the opening, metaphorically packing up our work and settling in for what would be weeks of isolated living.

Overnight, we went from systems of co-dependency to physical isolation. Every exchange was now digital. The definition of domesticity was upended – our homes became our ecosystems. Urbanity was purged; cities emptied, public spaces were boarded up and the natural world was left to its own devices.

Distance became more tangible. For the millions who lived far from their native home, homesickness was shoved to the fore. Even for those who hadn’t moved away, listlessness for conventional experiences took a strong hold. 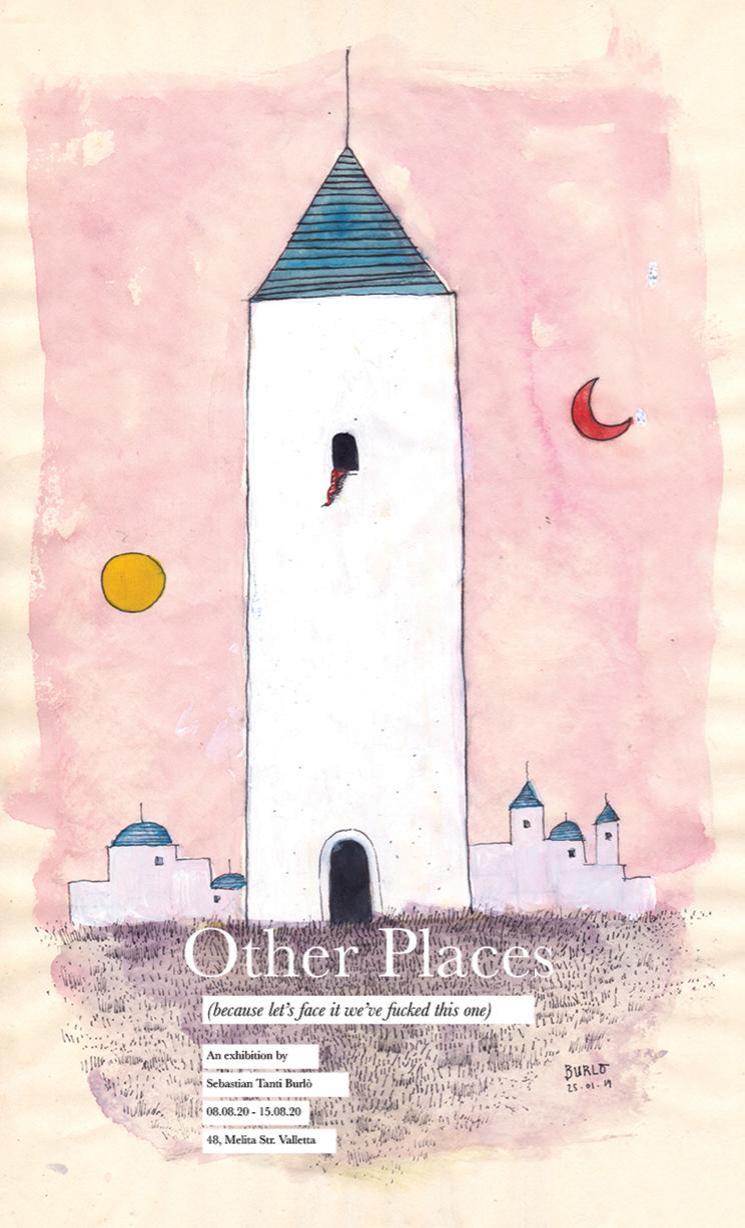 As a result, cities, towns, parks and open green spaces functioned as a backdrop for a new set of requirements – responding to a collective malady that went beyond the physical and extended to the realm of the soul. Places became a support system for our morale.

Through their isolation, people photographed the places around them – images of walls, flowers, sunsets, leaves, clouds, waterbanks, streetlights, signage, windows, doors and tiles flooded social media or were exchanged over private messages. Snapshots of urban surroundings were converted into a concentrated experience of novelty and stimulus – each appealing to our deepest unifier: sentiment.

We began to build a visual carousel of familiarity. Real images mixed with the pictures we conjured up in our minds during hours of seclusion. As the world dealt us one incomprehensible blow after another, we began travelling to places from the past, places where other people were, unreal places that were real in our patchy dreams of normalcy.

Meanwhile, the 13 scenes from Tanti Burlò’s Other Places were also being held hostage in a new world of distance. Created at a very different time, they offered alternative earthly realities around humankind’s relationship with the natural and built world. Each painting generated a retelling of humanity’s life on Earth, presenting places that subverted the conventional order of urbanity. 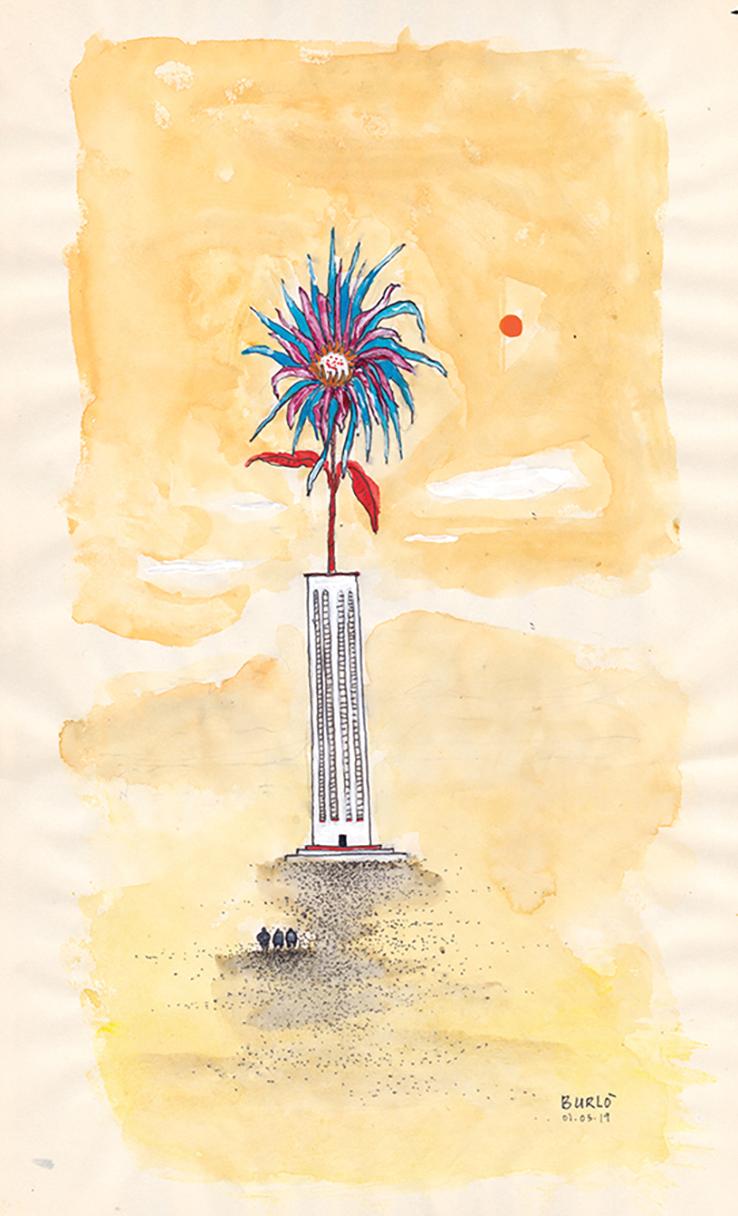 Other Places 10 by Sebastian Tanti Burlò

In an oblique way, Other Places foretold the eerie vacant cityscape images that would eventually flood our news streams; the stories of the natural world’s resurgence; the extraordinary new relationships human beings would develop with their surroundings. Other Places had been the precursor to our lockdown imaginations – piecing together places from the past, breaking down the full picture of our world and reframing it in wistful vignettes.

Each separate scene creates an ecosystem of recognisable and illusory emblems. Nature and architecture throw off the shackles of scale and live together in absurd relation.

The events that occur within Other Places are strange and quiet – a figure sits on the ledge of a platform on stilts, his fishing rod dipping into rippling water as orange leaves spray past him in the wind; three others stand in the shadow of a slender tower, their stature obscured by the beauty of a dandelion; one man leans his hands on the ledge of a white-washed stone balcony, looking out into the density of nature – a world of colour, texture, shadow and light. 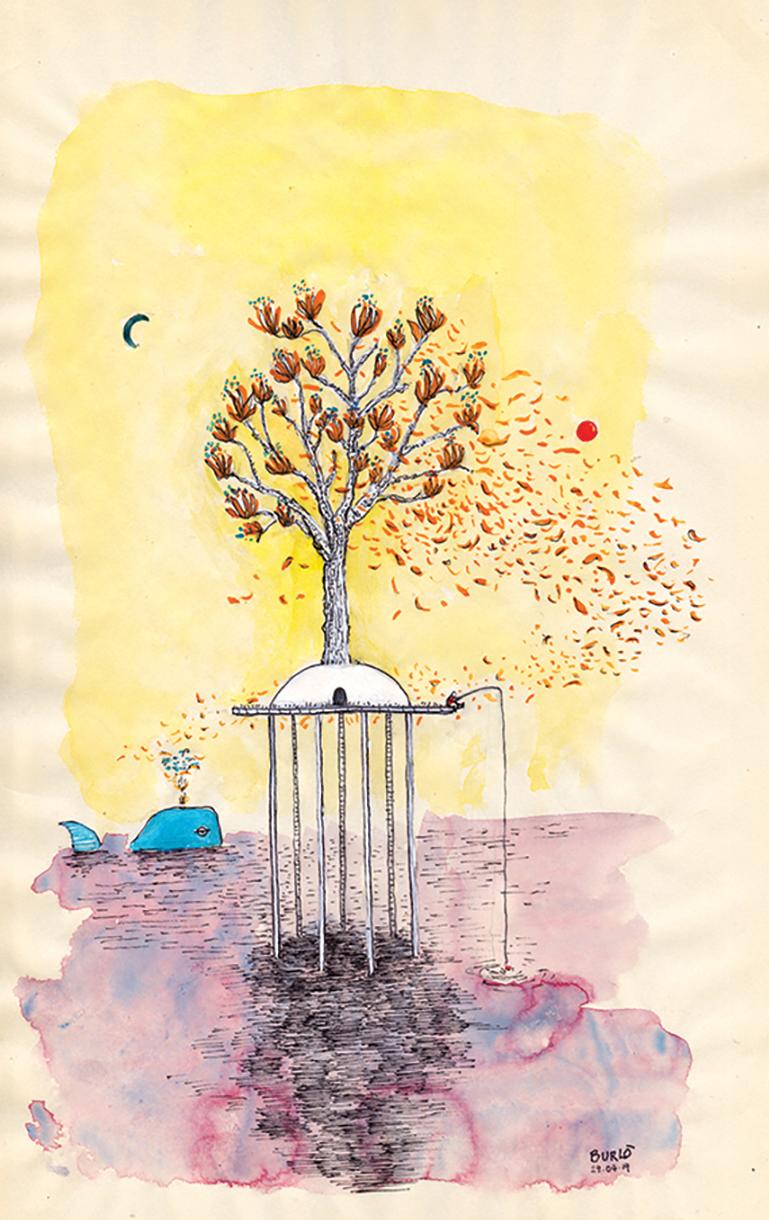 The scenes in Other Places were made up from amalgamated memories in one artist’s mind – created across an expanse of time and geography. They now resemble those we have all recently experienced, whether consciously or unconsciously. Before the pandemic, their stories presented new worlds of flora, fauna and architecture living in harmony. They questioned humankind’s position in these worlds and encouraged a reassessment of its perceived dominance. After the pandemic, they more potently highlight the power of memory, imagination and nostalgia for both the existing and non-existing. They are a balm to our experiences of loneliness, anxiety, boredom and longing.

More than four months after Europe locked society away, it has slowly reopened to a future no one is confident they will recognise; and a present they are not sure how to navigate.

Across different places, people exercise their post-pandemic behaviours uniquely – some return obstinately to the worldly pleasures of before, some intentionally refuse them. But the places we go to for comfort remain constant. Architecture, nature and their marriage within our urban contexts endure as temples of our priorities. 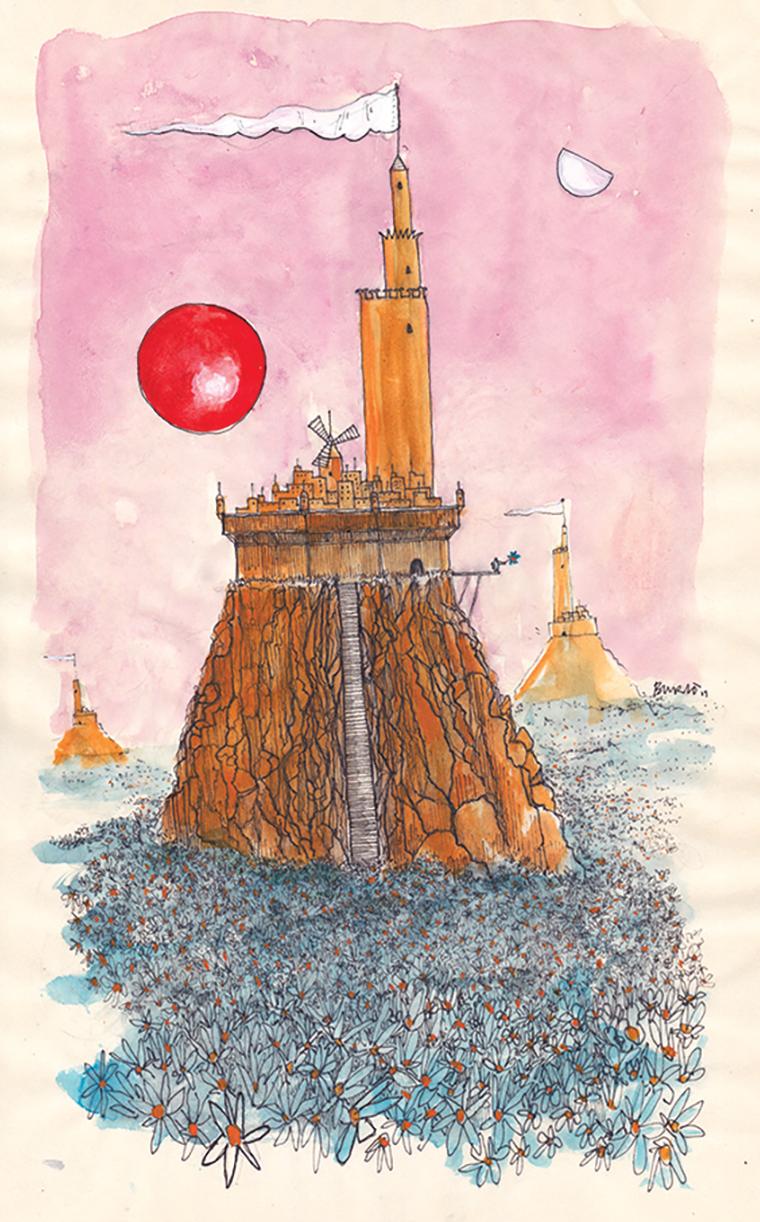 Ann Dingli is the curator of Other Places, an exhibition by Sebastian Tanti Burlò.

Other Places is a series of watercolour and ink drawings on old government issued typewriter paper, recounting a fairytale relationship between nature and man.

The event was due to open to the public between August 8 and 15 at 48, Melita Street, Valletta but has since been cancelled due to a rise in COVID-19 cases.