MADC is once again bringing its unmissable annual tradition of festive fun, frolics and spectacle to children and families as the curtain goes up on its pantomime.

As Aladdin: The Original Panto unfolds on stage, it is easy to forget that this is the outcome of a process that begins several months before the curtain goes up.

The show’s title, as well as the author are decided more than a year in advance with the director subsequently chosen. This is followed by long meetings with all heads of the departments involved – such as set, wardrobe, music and choreography.

The intensive audition process happens early in the year and, come September, the laborious but perennially entertaining period of rehearsals begins for the 28-odd cast members, while the indefatigable crew put together the structure of the show.  And yet, all involved will attest that time really does fly, and before you can say ‘He’s behind you!’, Aladdin’s army moves into the MFCC in Ta’ Qali for production week. It is here that the work of every single individual involved comes together in anticipation of opening night. 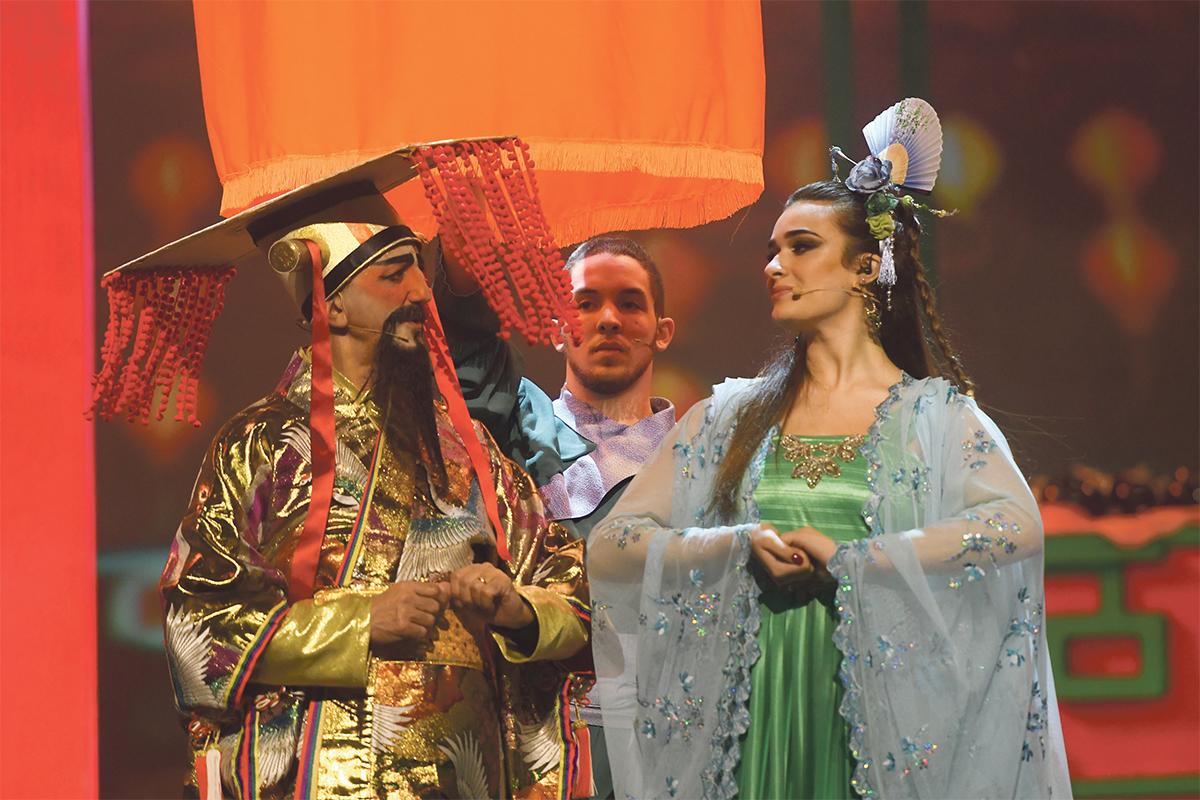 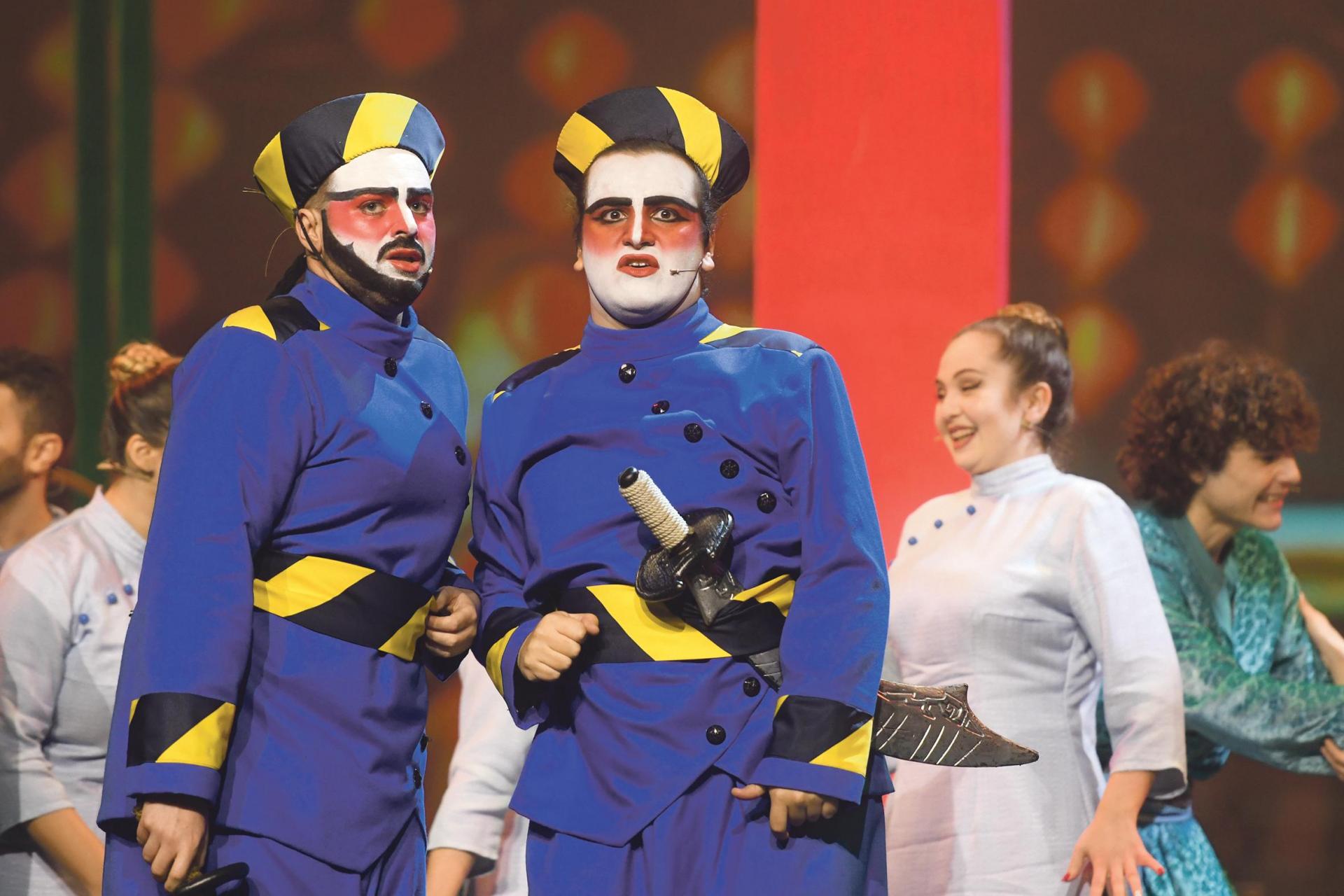 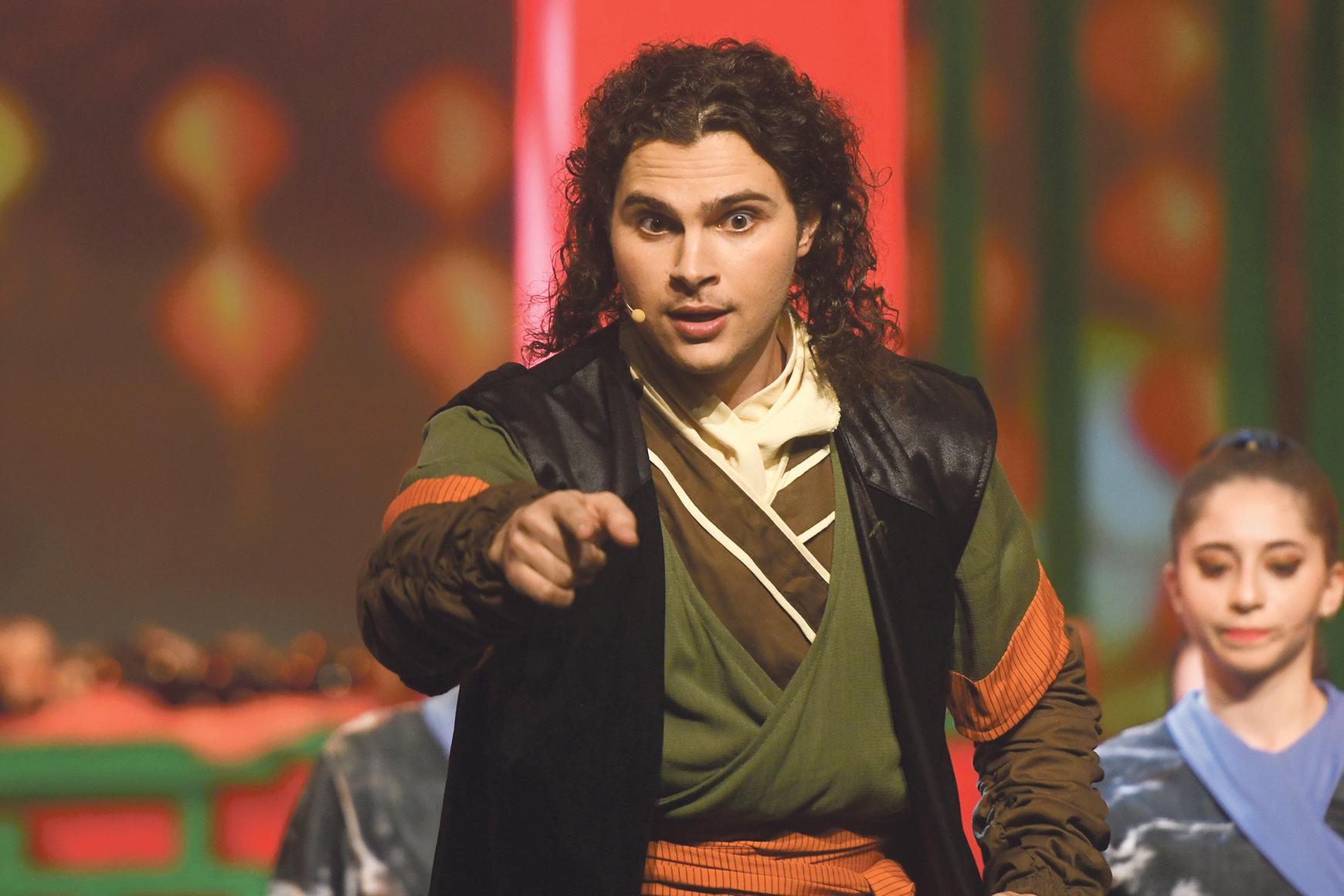 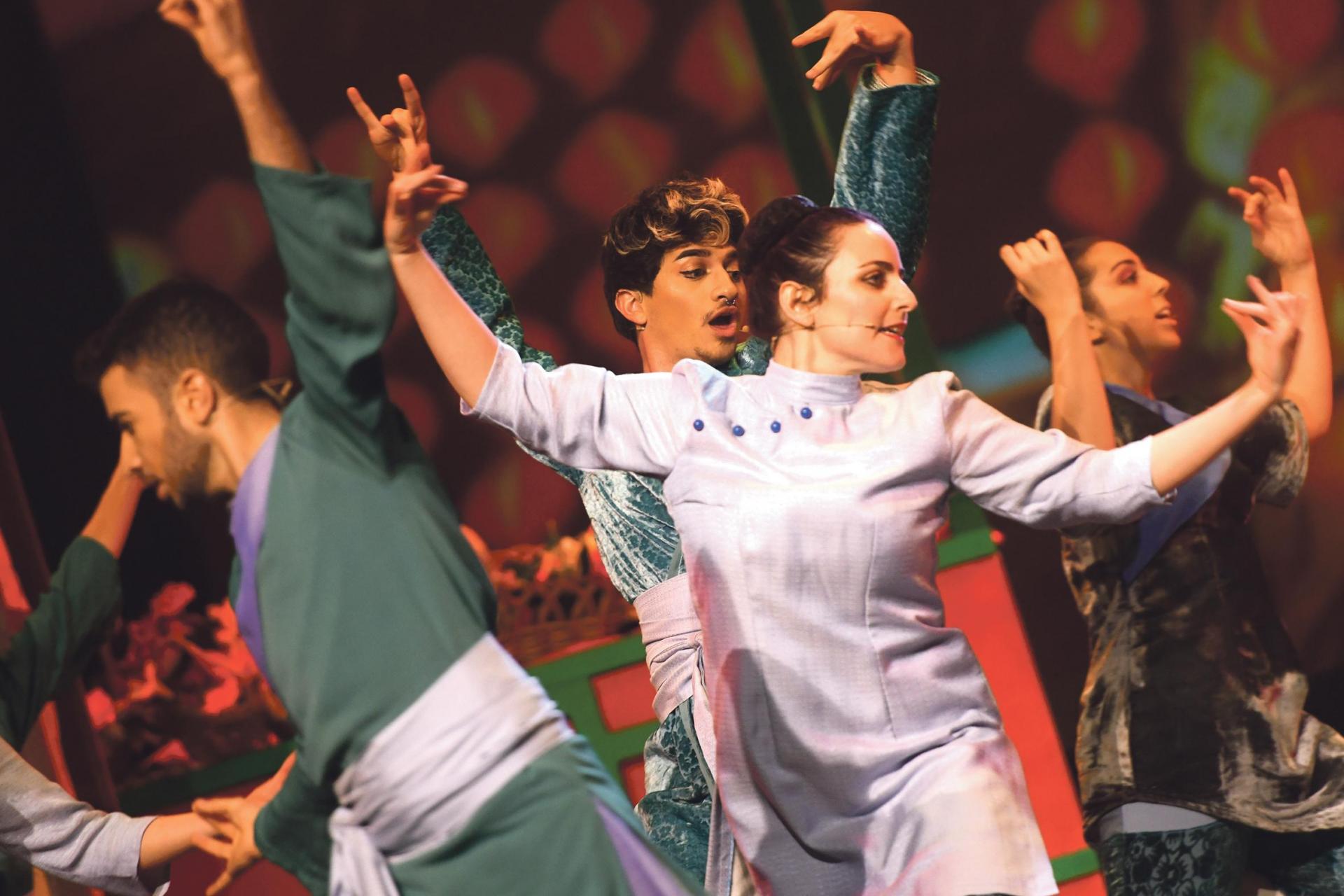 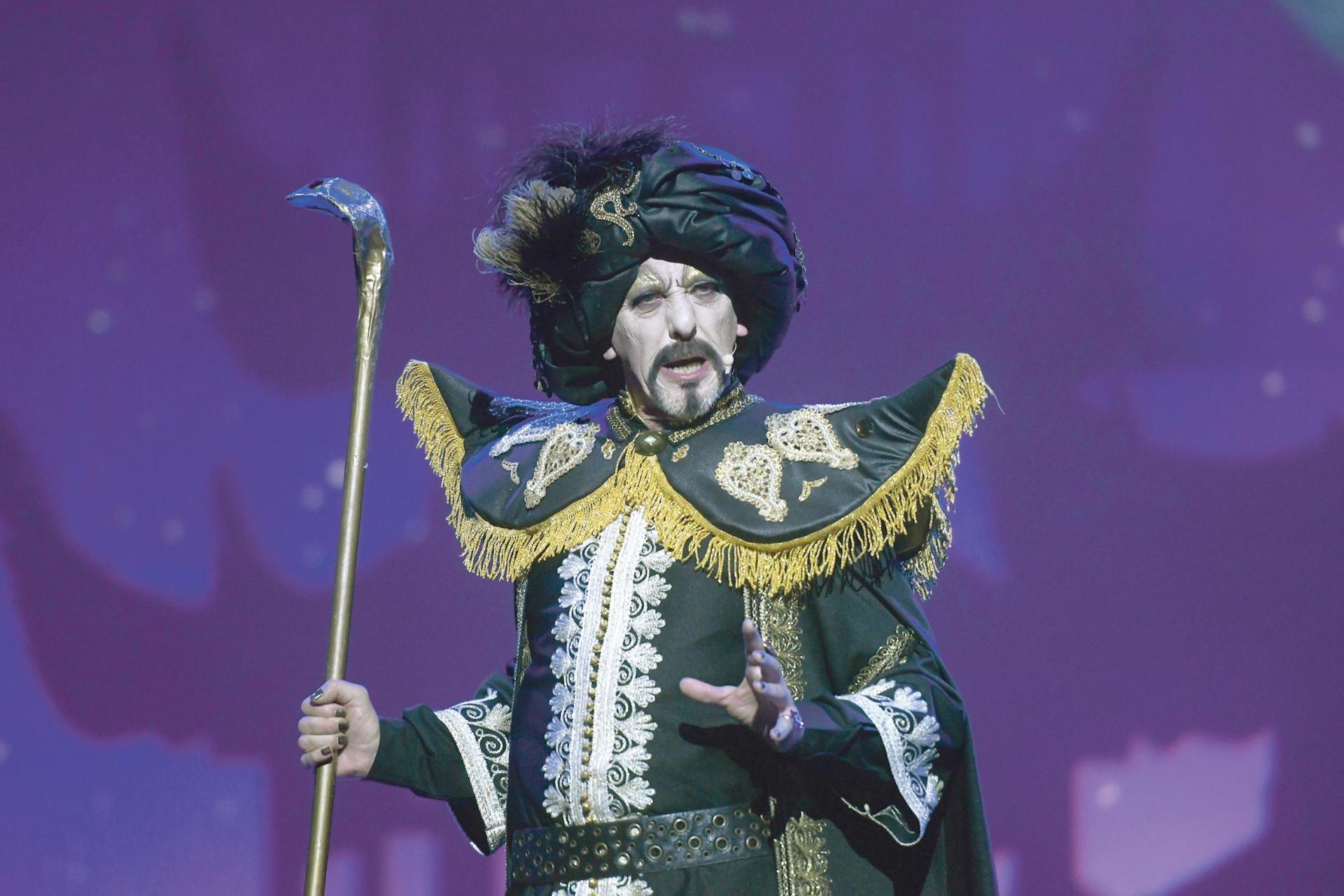 Stage manager Marco Mallia oversees the painted sets being erected on stage, while under the watchful eye of props manager Rachel Ciappara Guerreiro, props of all shapes and sizes are stored away waiting to be used in the myriad scenes.

Ryan Abela and the band tune up, and director Michael Mangion deals with technical issues in pretty much every department. It is a week of long nights, little sleep and a soupcon of tension; but it is also a week of adrenaline rushes and a sense of enormous satisfaction as the lights dim, the orchestra starts up and the energetic chorus start to set the scene for action.

Actor Stephen Oliver, who plays the part of evil wizard Abanazar, looks back on the rehearsal process with fondness:

“It’s just amazing to see the script evolve and come together.

“Also, in Aladdin many of the cast members are new to me and I have not worked with them before, so it is nice to meet new people. That said, quite a few of the ensemble are ex-students of mine and it’s great to see them mature into young actors, working and learning from experienced cast members.”

Despite the fatigue, Mr Oliver revels in the atmosphere running up to opening night.

“You can see that the cast and crew are buzzing as we approach curtain up, when all of the elements come together,” he says.

“I think my true baddie has come out in production week, although people who know me would say it is my natural personality!” before he disappears backstage with a nevil laugh!