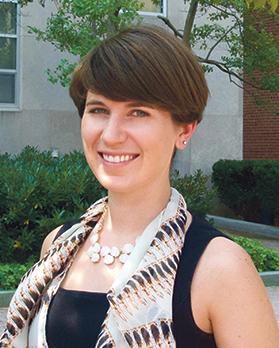 Amanda Ussak of Catholics for Choice

Being pro-choice is not pro-abortion, and a woman has a moral and legal right to follow her conscience in matters of reproductive health, according to Catholics for Choice’s Amanda Ussak.

“This does not mean you can just disregard what the Church says and do what you like. Catholics are expected to deeply consider and discern the Church hierarchy’s teachings within the context of their lived experience,” Ms Ussak, the advocacy group’s international programme director, told this newspaper.

She first came to Malta last year on a fact-finding mission and was then invited to a workshop by the Women’s Rights Foundation.

Catholics for Choice was founded in 1973 as a voice for those who believe that the Catholic tradition supports a woman’s moral and legal right to follow her conscience with regards to sexuality and reproductive health.

In Europe, the group works in Ireland, which is holding a referendum on abortion in May, as well as in Poland and at the European Parliament.

In Malta the topic remains very contentious, with the Council of Europe’s Human Rights Commissioner, Nils Muižnieks, having recently called on the island to ensure its ban on abortion does not deprive women of their fundamental human rights.

Andorra and Malta are the only European countries that prohibit abortion in all situations.

The Women’s Rights Foundation is also calling for a discussion: “Abortion is a reality, and we cannot bury our heads in the sand and say that it does not happen,” said founder Lara Dimitrijevic.

Being pro-choice is pro-life – in order to live our lives to our full potential, we have to have choices

“I don’t believe so. Abortion is not something that people aspire to, just as no one aspires to have open-heart surgery,” explained Ms Ussak.

“Being pro-choice is being pro-life – in order to live our lives to our full potential, we have to have choices. If we don’t, we don’t have any autonomy, we cannot make any decisions and we don’t need a brain.”

The options are either being pro-choice or anti-choice.

“I would hope that everyone is pro-life but I don’t believe anyone is pro-abortion,” she adds.

What about the choice of the potential life over its future?

While that potential life should be valued, it does not have a developed conscience or an understanding of Church and societal teachings to enable it to make decisions, Ms Ussak noted.

She trusts that the vast majority believe in women’s right to make autonomous decisions about their lives, though societally, there was a lot of stigma and social pressure to follow what the Church told people to do.

But the Church is not just the hierarchy or the Vatican. It is also the laypeople and the community of the faithful, she remarked.

“At Catholics for Choice, we try to be a voice for the majority of Catholics, who take into deep consideration the rules and edicts of the Church hierarchy but who also have a lived experience that may be different from what the hierarchy understands,” she said, noting that, in the US, 99 per cent of sexually active Catholic women used some form of contraception banned by the Vatican.

Though the majority of Maltese are Catholic, the Church calls for respect for other faiths, while laws support people of different beliefs to practise their faith.

Despite the association between abortion and promiscuity, according to 2015 data, 54 per cent of women who went ahead with an abortion in the UK already had children.

Asked about defending the voiceless, unborn life, Ms Ussak said it was important to have deep respect for potential life, adding that most people recognised that a pregnancy was the potential for human life, which was quite special and unique.

“But while we can debate whether or not that potential for life is a person, what is indisputable is that the woman carrying the pregnancy is already a person who has unalienable rights,” Ms Ussak added.