Updated with official announcement at 4.45pm

Belgium has banned travel to and from Malta, as COVID-19 cases continue to increase, according to an updated list on the Belgian Foreign Affairs website.

The country had earlier announced through its foreign affairs ministry that “increased vigilance” was needed for those travelling to and from Malta.

All flights to and from the country (with the exception of repatriation and cargo) have now been banned.

It described Malta, Spain and Romania as "risky" countries.

Several countries have marked Malta as an unsafe country, imposing quarantine, obligatory testing and other restrictions on arrivals. The news comes as 31 new cases were registered on Friday, bringing the total number of active cases to 505. 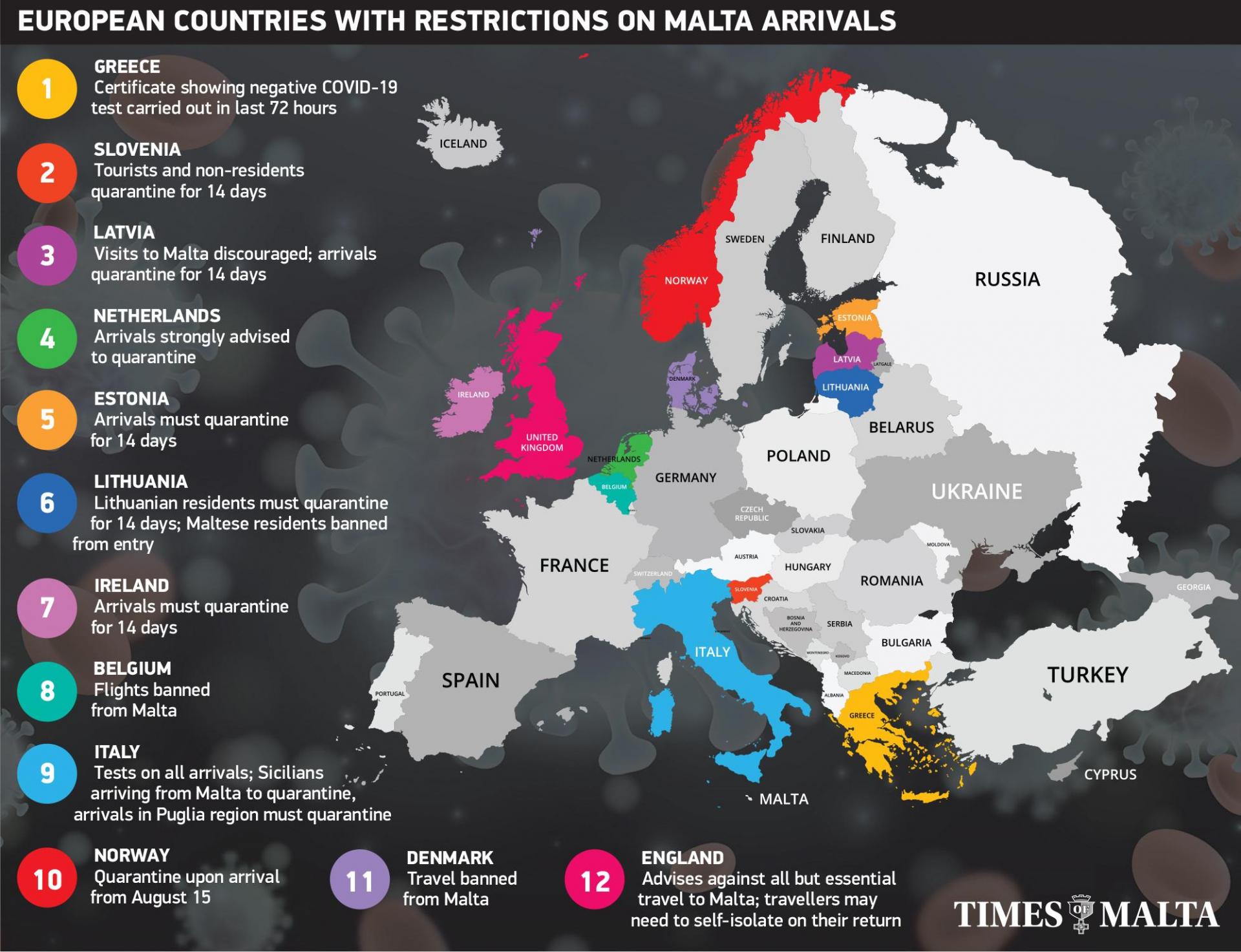 As of Friday, all passengers from Malta arriving in Italy must either present a negative coronavirus test, taken 72 hours before departure, or do the test within 48 hours and quarantine until the result is out.

Other countries do not yet require tests from those coming back from Malta but travellers must self-isolate for 14 days.

Denmark, Norway, Lithuania, Estonia, Ireland, Slovenia, Greece, Latvia, Netherlands, and Denmark have all added restrictions to travel from the island.

Earlier this week, Health Minister Chris Fearne announced there would be testing on incoming passengers but details have yet to be revealed.