A year has passed since that appalling afternoon. My brother and I were abroad, and we both headed home as quickly as we could, following the shattering news. It has been a tough year without you, Mro Joseph Vella. 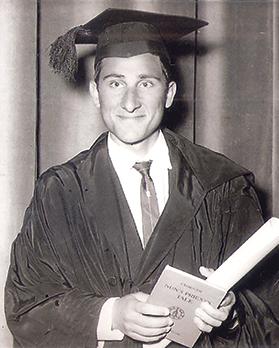 The inimitable Roberto Benigni conveys the message that life is beautiful, but as he himself points out when reflecting on his own blockbuster comedy-drama, “to laugh and to cry come from the same point of the soul”.

Laughter vanished from the family dictionary on that dreaded February 25, 2018 though. The suddenness of the blow also sent shock waves throughout the music and cultural community, echoing stronger than any crescendo, tremolo or vibrato. Worse still, it brought grief and incredulity among the surviving family members, not least my own mother Nathalie.

Tributes poured in, once the shocking news spread. Many referred to him as a musical giant, several acknowledged his role as the greatest Maltese contemporary composer, while others interchangeably called him Prof., Maestro, Surmast, teacher or simply Joe. So many were lucky to consider him a friend, but not many were privileged enough to call him dad.

For he had a humble but immense heart of gold, always willing to give a helping hand and advice to family members and friends at large, as the years rolled by. Likewise, he displayed the energy of a teenager, having been a driving force in many visionary initiatives of his.

Dad was like a prominent sunflower in a garden, a conspicuous reference point through that contagious, amiable personality of his. He found time for everything and everyone, while also successfully managing to express the inexpressible particularly through his music and charismatic smile.

The great philosopher Plato once said that “music gives a soul to the universe, wings to the mind, flight to the imagination, and life to everything”. Dad was quick to grasp that context because music was his life and passion. Energy misused cannot be excused, and he certainly lost no time in directing most of his strength, vision, passion and dynamism to the field he loved best, music.

Dad’s reputation as Malta’s leading contemporary composer stemmed through his unique ability to touch upon a considerable diversity of styles, giving rise to a personal idiom stemming mainly from the 20th century neo-classical movement, although other influences – not least Mediterranean overtones – also emerge in some of his works. As his career progressed, his works reached all continents, and lavish critical acclaim followed from around the world.

Regrettably, there is an alpha and an omega, a beginning and an end, for all mankind. His physical presence is sorely missed, but his legacy remains.  William Shakespeare in this regard coined the famous phrase in Act 3 of Richard III that “death makes no conquest of this conqueror: for now he lives in fame, though not in life”.

Words of comfort, to a certain extent, knowledgeable of the fact that dad’s music lives on. Beyond a beating heart. Beyond the confines of time. Beyond the horizon. 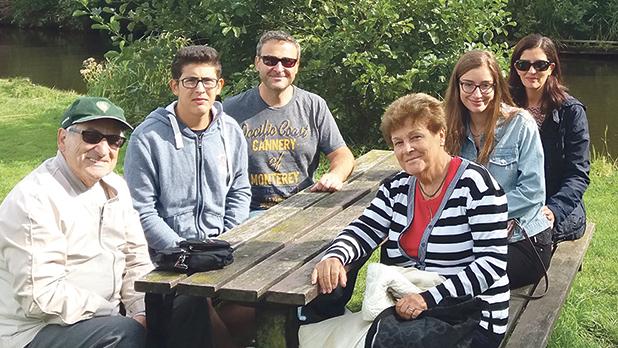 Cherished memories: Mro Joseph Vella and his wife Nathalie (front) on holiday with Alan Vella (third from left) and his family – wife Anna and children Cristina and Andrea – five months before his passing.

A commemorative soirée celebrating its musical directors is being organised by the Count Roger Band Club of Rabat as part of celebrations marking the 150th anniversary of the founding of the same society.

Mro Joseph Vella was appointed musical director of the band club in 1976, a position he held for more than 40 years. A bust of Mro Vella will be inaugurated during this event.

The event takes place at the archive hall of the Count Roger Band Club tonight at 7.30pm.