Everyone has to start somewhere, right? It’s certainly the case with motorcycles, where small capacity bikes reign supreme among those who are just starting out on two wheels. But more often than not, these dinky motorcycles aren’t styled to appeal to the audiences who ride them. It’s why Honda has introduced this – the CB125R – which takes the looks of a proper ‘big’ bike them and applied them to a smaller, more learner-friendly motorcycle.

We’ve taken the CB125R out on to the open road to see if its full-licence looks are backed by a grown-up riding experience.

On first impressions, you’d be hard-pressed to tell the CB125R from other, much more powerful bikes in Honda’s stable. That’s been the desire from the outset; to give learners a motorcycle which looks and feels more like the bikes ridden after a rider has gained their full licence.

But don’t be fooled into thinking it’s a case of form over function. It’s got high-tech features like an Inertial Measurement Unit, which allows the ECU to optimise front and rear braking. It can stop the rear wheel from lifting if the rider goes too heavy on the front brake – ideal, therefore, for those still learning.

Where the CB125R isn’t like its big brothers is the engine. It uses a 125cc liquid-cooled unit with 13bhp and 10Nm of torque. It may not sound like a lot of power, and in truth it isn’t, but it feels punchy enough for the size of bike. 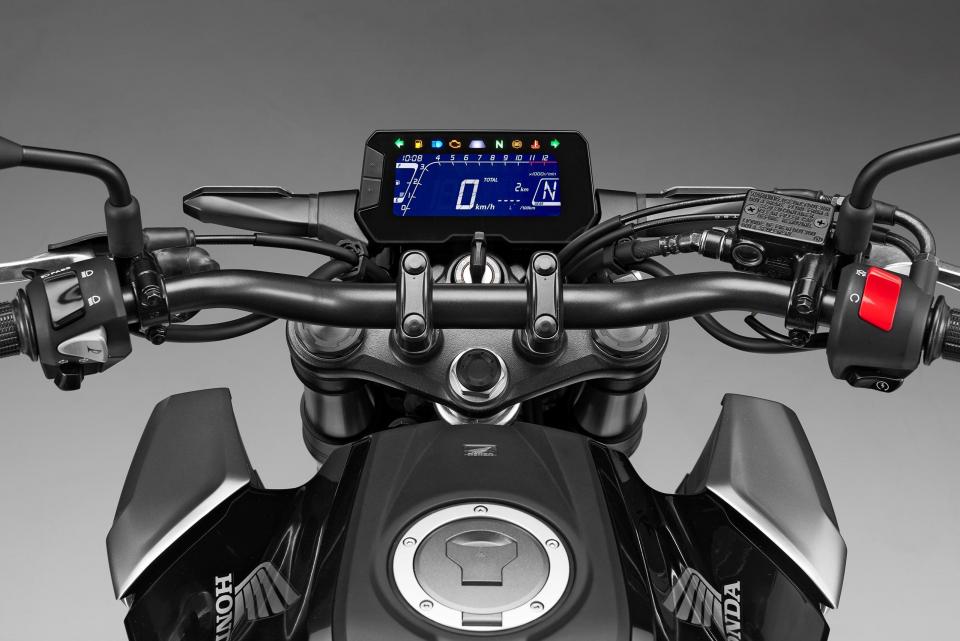 It allows the Honda to go from 0-50mph in around 11.4 seconds, and will easily achieve the national speed limit of 70mph. This means that the CB125R can merrily keep up with traffic without much hesitation, and the light clutch and six-speed gearbox make it a doddle to operate both at higher speeds and lower ones. Plus, Honda claims that you can get 137mpg combined, giving a range of around 300 miles from a full tank. So it’s remarkably efficient, too.

The CB125R is comfortable, unintimidating and easy to ride – just what you want a learner bike to be. The wide bars give you plenty of control, and the brakes aren’t overly sharp. There are gear indicator lights too, and a clear LCD screen gives you plenty of information without the need to glance down towards it for too long.

Even at higher speeds the Honda feels remarkably planted, though there’s quite a lot of wind buffeting when you hit 70mph. It’s quicker in real life than the figures suggest, in fact, with plenty of in-gear torque making quick bursts of acceleration simple. The mirrors are large and easy to adjust too, so you can get them just right each time you get on. There’s a great amount of balance to the bike too, which allows you to corner it with confidence.

It feels punchy enough for the size of bike

The CB12R looks great, in our eyes, mirroring the design you get on much larger, more powerful Honda bikes. It’s a factor which we’re sure most new riders will enjoy.

The huge LED headlight is hard to miss up front, and it not only looks good but is strong as well. The upturned exhaust, modern colour scheme and smart satin metal accents all combine into a bike which we feel most new riders would feel proud to own and certainly outshines other offerings in the 125cc segment.

As we’ve already mentioned, there’s plenty of on-board tech despite the CB125R’s entry point in the segment. That backlit LCD screen is a welcome feature, and it relays information such as fuel level, rev counter, gear indicator and trip computer back to the rider clearly and simply. It looks a lot like the ones you’ll find on bigger bikes, following on with the general theme of the bike. 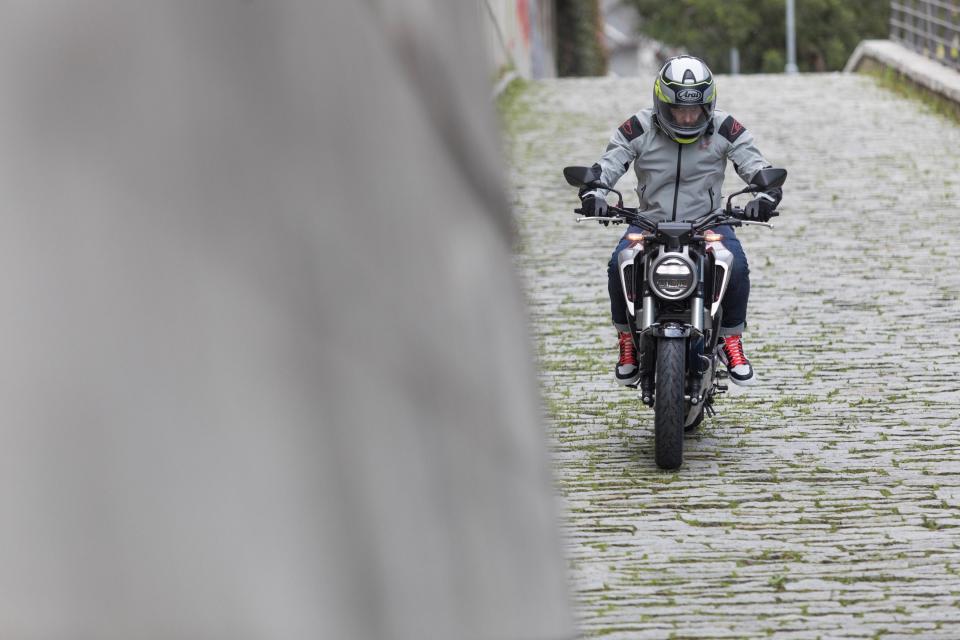 Of course, being a motorcycle it’s not laden down with screens or displays like a car is, but you still get features like anti-lock brakes, for instance.

The Honda CB125R represents a great entry into motorcycling. It looks excellent, is easy to ride and supremely efficient too. It may be down on power compared to some rivals, but it’s backed by a high-quality feel and a comfortable ride. It certainly sits at the more expensive end of the learner bike spectrum, but given the fit and finish of the bike, it more than justifies the extra outlay.