Microsoft founder Bill Gates and his wife and fellow philanthropist Melinda announced on Monday they are divorcing after a 27-year marriage.

One of the world's wealthiest couples – with a joint fortune estimated at $130 billion – the Gates have channeled billions into charitable work around the globe via their hugely influential foundation.

In announcing their split on Twitter, the couple said they would continue their joint work on the Bill & Melinda Gates Foundation, which funds programs in global health, gender equality, education and other causes.

"After a great deal of thought and a lot of work on our relationship, we have made the decision to end our marriage," they said in a joint statement, posted on each of their official accounts.

"Over the last 27 years, we have raised three incredible children and built a foundation that works all over the world to enable all people to lead healthy, productive lives," they wrote.

"We continue to share a belief in that mission and will continue our work together at the foundation, but we no longer believe we can grow together as a couple in this next phase of our lives."

The statement offered no additional details on the split but said: "We ask for space and privacy for our family as we begin to navigate this new life."

The announcement comes two years after the divorce of Amazon founder Jeff Bezos, another of the world's wealthiest people, and his wife MacKenzie.
Met at Microsoft

Bill Gates, 65, was a geeky teenager when he started what would become the world's most valuable company and was for a time the world's richest man and most prominent philanthropist.

He stepped down as Microsoft chief executive in 2008 to devote more time to philanthropy and later left the board, keeping only the title of "founder and technology advisor".

In a 2019 Netflix documentary series, he described his wife as "truly an equal partner," while she looked back on some of their first interactions to call him "funny and very high-energy".

Their foundation is among the world's richest, having provided more than $54 billion in grants over two decades in areas including malaria and infectious disease control, agricultural research, basic health care and sanitation in various parts of the world.

It has an endowment of more than $46 billion. 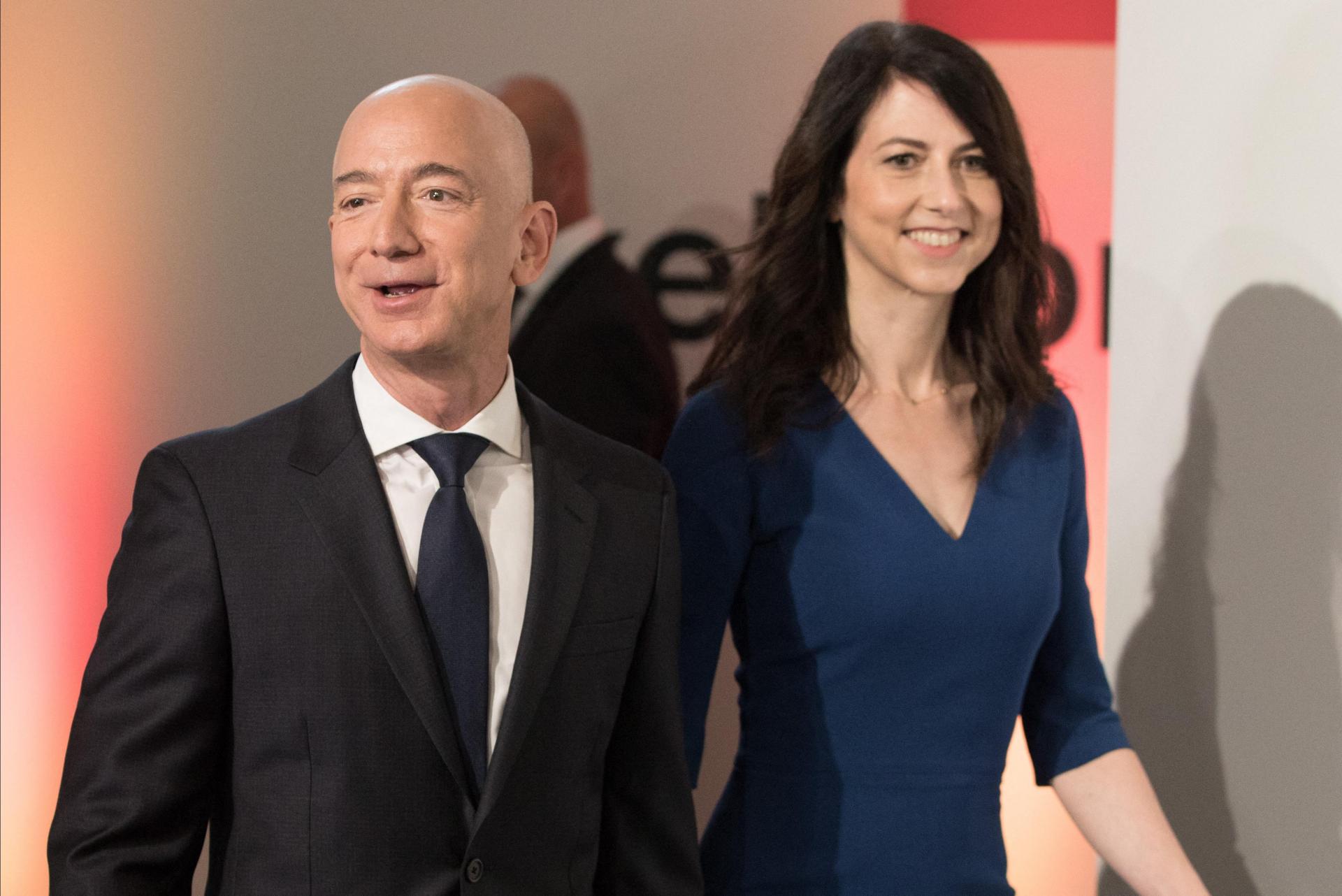 Another high-profile divorce was that of Amazon founder Jeff Bezos and his wife MacKenzie, two years ago. Photo: Jörg Carstensen/DPA/AFP

The couple's divorce could create new questions about their wealth, most of which has yet to be donated to their foundation, despite co-creating the Giving Pledge, which encourages billionaires to give the majority of their wealth to charity.

In recent years, Bill Gates has largely distanced himself from Microsoft and the tech industry, instead speaking about poverty and health initiatives, and the coronavirus pandemic.

Last year, the foundation pledged some $250 million to help fight the pandemic, with some of the funds channeled to the distribution of life-saving doses of COVID-19 vaccines to parts of Sub-Saharan Africa and South Asia.

Gates, who had been warning as early as 2015 about the potential dangers of a global pandemic, became the target of conspiracy theorists who claimed he knew in advance about COVID-19.

The split comes following the high-profile divorce of Bezos, whose ex-wife took the name MacKenzie Scott and promptly began giving away billions to various causes without setting up a conventional foundation.