Businessman Mark Weingard has unveiled a €2,000-a-night suite at his Iniala Hotel on St Barbara Bastions in Valletta, saying he was convinced that Malta was beautiful enough to attract people who could spend that kind of money.

“Everyone says that pop stars, prime ministers and multimillionaires don’t want to come here but I think that the real problem is that they would if they had somewhere to stay. And I believe that Iniala will fill that gap,” he said during a media tour of the two-bedroom suite of the hotel which will be opened in the near future. 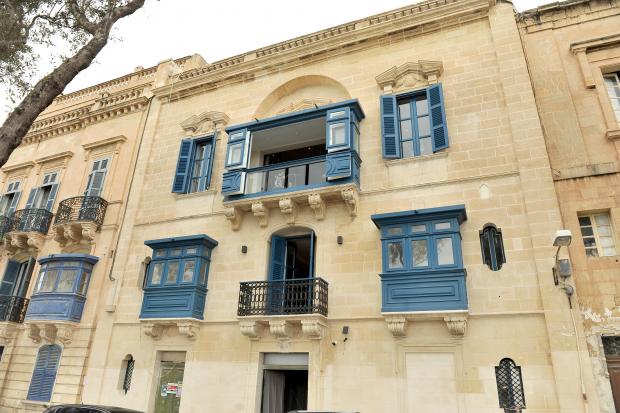 Mr Weingard originally bought the building intending to use it as his home.

Mr Weingard bought his first building on the street back in 2012, originally intending to use it as his home. He then bought the adjoining building that used to serve as the headquarters for Mediterranean Bank (as MeDirect was then called) and decided to wait to buy three others – including ones with access on East Street – and turn them into a hotel. It took him three years to finalise the deals and work on them is now in full swing.

The hotel cluster will be made up of just 23 suites and a few apartments, with the penthouse suite with its two private pools available for €3,000 a night. The cluster also has a spa with indoor heated pool, and gym. 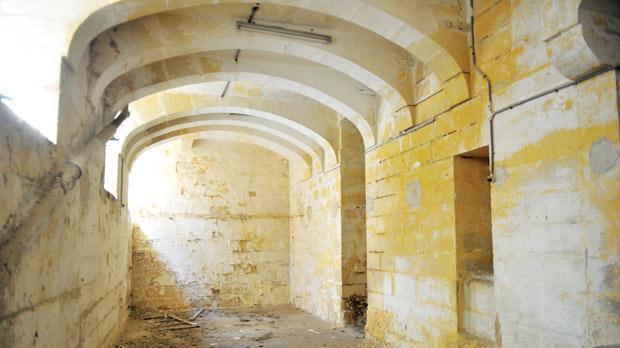 The basement vault has been transformed into a spa with heated indoor pool. File photo. 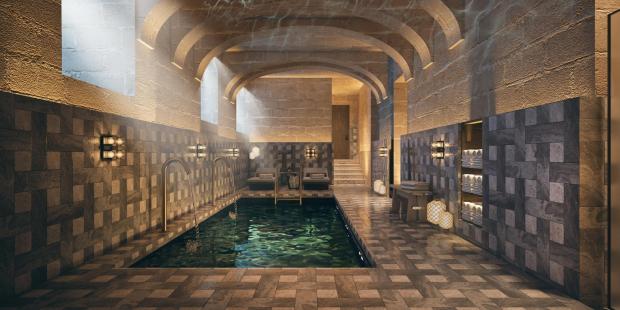 Mr Weingard – who first made his mark on Malta with his pop-up restaurant in Valletta – also announced that Iniala’s rooftop restaurant would have Andrew Borg, former chef at Risette, as its executive chef.

General manager Danny Drinkwater said that the new hotel would tap into the network of agents already familiar with Iniala’s award-winning flagship property in Thailand.

“We will be adopting the same ethos, with seamless service from touchdown to take-off,” Mr Drinkwater promised.

Tourism Minister Konrad Mizzi, who was present for the walk-around, said the government was committed to attract more investors like Mr Weingard, describing him as a first mover but promising that he would be followed by others. 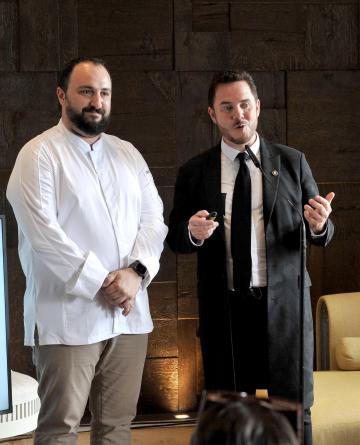 Entpreneur Mark Weingard (right) revealed that Andrew Borg would be the executive chef of the rooftop restaurant.

“We as a government can continue to do our part to support his efforts by upgrading the tourism product,” he vowed.

The hotel is just part of a portfolio that Mr Weingard has accumulated in Malta since 2012, with over €100 million equity invested so far, a considerable chunk of the Iniala Group’s €150 million worldwide.

Mr Weingard still has plenty of projects up his sleeve, including a number of other properties being done up in Valletta, such as a building along Hastings, and Canberra House on St Paul’s Street, Valletta.

He also intends to carry on with his already strong philanthropic work, which has already seen €400,000 ploughed into good causes – in particular through the Social Impact Awards that he has run for four years with the Gasan Foundation.

He is now committing “at least” €100,000 a year for the Valletta community, and is prefacing that with a €15,000 research project commissioned to the University of Malta which will study what the needs of the residents of the capital city.

In spite of the enthusiasm with which he presented his long list of projects, Mr Weingard was most passionate when he talked about his next one: he will also set up an academy for philanthropy – the Academy of Givers.

“This will be an even bigger project than this one,” he promised.