Birdlife Malta is being charged with an alleged breach of the Data Protection Act related to a series of videos by BBC journalist Chris Packham during the last spring hunting season. 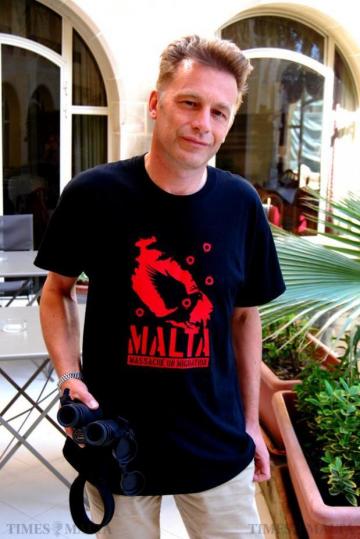 The office of the Data Protection Commissioner is holding Birdlife Malta responsible for complaints filed by seven hunters filmed without their consent during the seven episodes of Mr Packham’s series entitled Malta – Massacre on Migration, which were then uploaded to You Tube.

The Data Protection Commissioner is arguing that in this period the home page of Mr Packham’s website was dedicated to the campaign and specifically stated that it was being carried out “with... the support of Birdlife Malta”.

Full story in The Sunday Times of Malta and the e-paper on timesofmalta.com Premium.