Birkirkara’s five-star display in last night’s game against West Ham United could open up new opportunities for their players.

One of these players is Mauricio Mazzetti whose reassuring performances in both legs of the Europa League second qualifying round match haven’t gone unnoticed by West Ham. 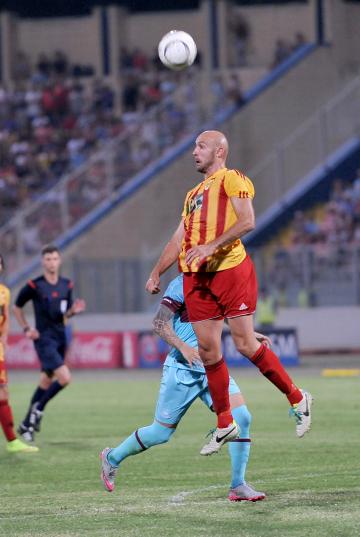 Unconfirmed reports suggest that the Argentine defender is the subject of an offer from West Ham United.

Contacted by Times of Malta, Adrian Delia, the Birkirkara president, said that West Ham haven’t made an offer for Mazzetti but confirmed that their officials spoke very positively about the defender who joined the Stripes from Qormi in January.

Mazzetti, 29, stole the show with a superb display of solid defending and intelligent forays into West Ham’s half.

He was sent off in the second half of extra-time after earning a second yellow card for protests.

Rowen Muscat is another player who is attracting interest from a foreign club. The Birkirkara midfielder has an offer to join fellow Malta international Steve Borg at Cypriot club Aris Limassol.

Muscat is expected to discuss his future with Birkirkara later today.