Pilot Officer John Southwell was fighting for his life. Tracer shells were streaking by the Hawker Hurricane he was flying. He flung his aircraft in a tight turn in order to try to evade the enemy aircraft that was shooting at him. So tight was the manoeuvre that for a few seconds he lost consciousness, gravity having stopped the blood flow to his brain. 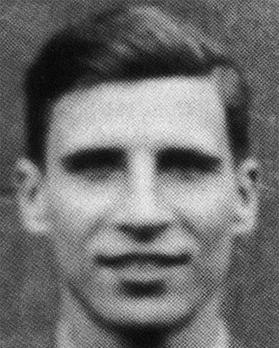 But it was all in vain. The faster Messerschmitt Bf 109 German fighter was still clinging to his tail, waiting for the opportune moment to strike again. Southwell frantically called for help on his VHF radio. There were supposed to be seven other British Hurricanes somewhere in the vicinity. But to no avail, there was no answer to his pleas for help.

Southwell kept glancing at his mirror and looking over his shoulder, trying to spot the elusive German fighter. Then suddenly it happened. Loud noises erupted in the fuselage while the instrument panel in front of him disappeared in a shower of glass. He desperately pulled at his control column, trying to turn the Hurricane again in order to avoid the shells and bullets that were butchering his aircraft. However, this time, there was no response from the controls. Instead, the Hurricane nosedived towards the Mediterranean Sea. 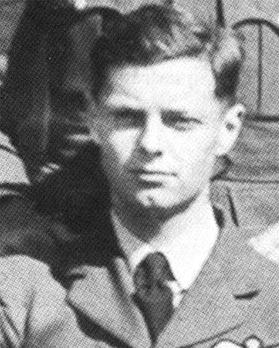 The pilot quickly undid his safety harness and slid open the cockpit canopy to try to bail out of his aircraft, which by now was just a chunk of metal plunging at great speed towards the sea below. But when he tried to get out of the cockpit, he found he could not move. The plummeting aircraft was keeping him pinned down in his seat. He was still frantically trying to escape when the Hurricane hit the surface of the sea. For Southwell, all turned dark and quiet.

This story had its beginning on the afternoon of the March 22, 1941, when the Malta radar caught in its beams 10 Junkers 88 German bombers escorted by 12 Bf 109s. This aerial armada was approaching Grand Harbour, so eight Hawker Hurricanes of 261 Squadron were scrambled from Ta’ Qali to try and stop them from dropping their deadly cargos.

The British pilots were in high spirits and optimistic about their chances.

In the book Hurricanes over Malta by Brian Cull and Frederick Galea, Pilot Officer Pain was quoted as noting: “This was the one day when we thought we had the edge. It was the first time we had managed to get eight aircraft into the air in one formation in the two months I had been on the island.”

It all suddenly turned into a horrible nightmare. The Bf 109s came screaming out of the sun to protect the bombers which... were on their way back to Sicily. The Messerschmitt fighters were much better armed and faster

However, it all suddenly turned into a horrible nightmare. The Bf 109s came screaming out of the sun to protect the bombers, which after having dropped their bombs on Grand Harbour, were on their way back to Sicily. The Messerschmitt fighters were much better armed and faster than the Hurricanes. Besides machine guns, they also had 20mm cannon.

Pilot Officer Whitney spotted an enemy fighter which had just downed a Hurricane. He got it in his sights and opened fire. Whitney claimed it was shot down but had little time to congratulate himself on his victory as he saw an aircraft approaching him from behind. He turned as hard as he could with the other aircraft on his tail. A weird dance of death followed, with the two planes going round and round, trying to get on each other’s tail. That is until Whitney realised he was being chased by Pilot Officer Eliot, not an enemy fighter.

Cull and Galea quote him recalling: “Chubby Eliot and self had a bit of a dogfight for a while, trying to get on each other’s tail as we were not certain that the other was not a 109 until we saw the roundels. It was in this fight that they [the 109s] bagged five of our eight.”

Only three Hurricanes landed back at Ta’ Qali – those flown by Pilot Officers Pain, Eliot and Whitney, with the latter two spending most of the battle chasing each other. (This probably saved their lives!)

Two British aircraft and a high-speed rescue launch went out to look for the missing pilots but according to Hurricanes over Malta all they found were oil slicks and wreckage floating on the sea surface.

The Germans, enthusiastic after their victory, claimed seven Hurricanes had been shot down while they suffered no loss in return. This despite Pilot Officer’s Pain claim of a BF109 had been shot down. In the heat of battle, an aircraft that made evasive manoeuvres, or dived when being shot at, was, on many occasions, claimed as shot down.

There was little time to make sure of a kill, for in a split second the tables could easily be turned and the victor could become the target. Also, many aircraft, so full of bullet holes that they resembled a sieve, still managed to make it back to their aerodromes. One must note that the Germans also claimed to have shot down two Hurricanes more than they actually did. 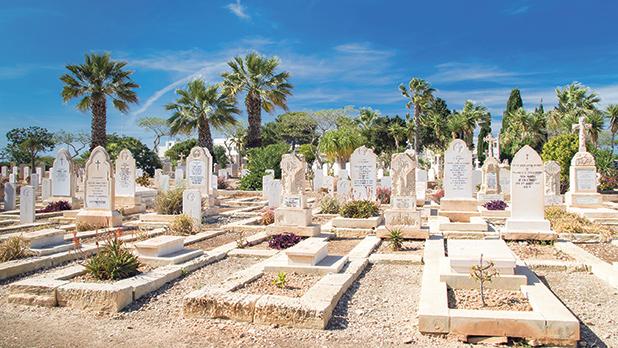 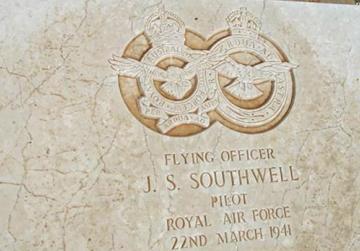 Pilot Officer James Henry Terence Foxton – No. 41575 – Hurricane P 2653. Foxton arrived in Malta on September 6, 1940. He was a pilot of a Martin Maryland reconnaissance aircraft. In January 1941, he was transferred to 261 Squadron, which flew Hawker Hurricanes. His body was never found. His name is inscribed on the Commonwealth Air Forces Memorial in Floriana.

Sergeant Richard Alfred Spyer – No. 745513 – Hurricane V 7672. He flew during the Battle of Britain. On September 7, 1940, he was shot down and wounded. On November 17, 1940, he took off from aircraft carrier HMS Argus as one of several reinforcements to Malta but he ran out of fuel, bailed out and ended up in the middle of the Mediterranean Sea. Luckily, one of the other Hurricane pilots saw what happened, radioed for help and he was picked up by a Short Sunderland flying boat. On his arrival in Malta, he joined 261 Squadron. After the battle of March 22, 1941, his body was never recovered and he is commemorated in the Commonwealth Air Forces Memorial in Floriana.

Flying Officer Thomas Benjamin Garland – No. 79565 – (Hurricane V 7493). He arrived in Malta on March 17, 1941. Five days later, he lost his life in the dogfight against the Bf 109s. He was 26. His body was never found. He is remembered in the Commonwealth Air Forces Memorial in Floriana.

Flying Officer Thomas Benjamin Garland arrived in Malta on March 17, 1941. Five days later, he lost his life in the dogfight against the Bf 109s. He was 26. His body was never found and he is remembered in the Commonwealth Air Forces Memorial in Floriana

Flying Officer Dennis Frederick Knight – No. 85691 – (Hurricane V 7358). He arrived in Malta on the same day as Garland. He was 19. His body was never re­cover­ed. His name is inscribed on Commonwealth Air Forces Memorial in Floriana.

This article started with Southwell crashing in the sea with his Hurricane. A report dated March 30, 1941, ends our story:

Private 683 Paul Azzopardi of C Company, 1st K.O.M.R stated that “Today, about 10am, observed a corpse at ir-Ramla ta’ Chejli, limits of Mellieħa. The police immediately repaired (sic) on the spot and identified as that (sic) of Pilot Officer No. 41959 J.S. Southwell, aged 21 years.”

Southwell is buried in the Malta Naval Cemetery (Capuccini) in Kalkara.

Note: No one knows what happened to Southwell during his final mo­ments, though one surviving pilots saw him being shot down. The tail section of a Hawker Hurricane, recovered from beneath a cliff face in northwest Malta, could be from Southwell's aircraft. See also An­thony Rogers’ Air Battle of Malta, (2017) p. xii. The first part of this article is taken from accounts of other pilots who had close calls but survived.

Acknowledgements
The author wishes to thank the following, without whose assistance this article would not have been possible: Anthony Rogers, Morris Bartolo, Ruben Vella, Ezechiel Busuttil, the Malta Aviation Museum and the National Archives.