Exhaust fumes and silt generated by a Ponte Ferries’ vessel were caused during a testing procedure by its engineers as the high-speed catamaran gears up to start operations to Sicily in the coming weeks.

Images of the HSC Artemis, inside the Grand Harbour, have been circulating online since yesterday, showing a thick plume of black smoke rising high from the front of the hull.

“The matter was immediately identified and rectified without delay,” a Ponte Ferries spokesperson said, apologising for any inconvenience that may have been caused.

The vessel is undergoing a complete overhaul and refit in the run-up to the first trips to Sicily and back.

Video sent to Times of Malta shows a black trail in the sea from the new ferry.

It will shuttle daily between Malta and the port of Augusta, located less than 30 minutes away from Catania, promising to bring “much-needed choice and competition” with the entry of a second operator into the market.

“Ponte Ferries strives to carry out its operations at the highest levels with full respect for the environment, passenger safety and comfort,” the spokesperson added as criticism of the pollution flowed in online. 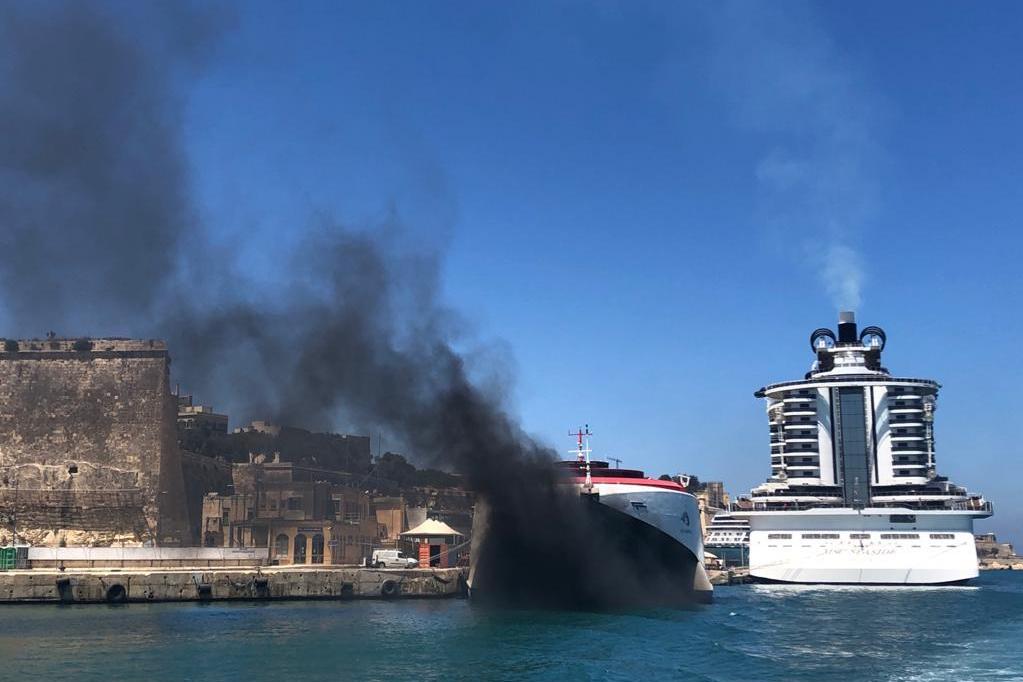 The smoke from the ferry as it is moored next to another ship.

The 96-metre passenger, vehicle and cargo-carrying craft, which previously operated in the Canary Islands, arrived in Malta last December and will be able to shuttle over 717 passengers, with the flexibility to carry 245 cars.