A relatively rare Black Stork was shot dead in Buskett this morning.

A birdwatcher who witnessed the event said that six Black Storks arrived over Malta yesterday. One roosted at Buskett and the others near the cliffs.

This morning three storks were seen flying low over Buskett.  Three shots, believed to be by the same hunter, rang out from behind the old winery and one of the graceful birds was shot down. It was dead by the time the bird watchers reached it.

They handed the carcass to the police, who had been present at Buskett when the shooting took place.

In a statement, the Federation for Hunting and Conservation – Malta (FKNK) said it strongly condemned this 'criminal act'.

It noted that earlier, the bird was observed in several other parts of Malta accompanied by a similar and they were unmolested.

Yesterday evening four other black storks were observed in other parts of Malta and they continued on their south-west journey without incident, as did other observed birds of prey, such as eagles and other raptors.

"The FKNK encourages its members and the public in general who may in any manner assist the police in their investigation to call 21224001 or 119 so that the criminal responsible for this cowardly act is apprehended and brought to justice.

"The FKNK will do anything within its power to ensure that such primitive acts cease and thus safeguard the legitimate hunting and trapping Maltese traditions," the federation said.

Kaccaturi San Ubertu (KSU) in a separate statement said they unreservedly condemned the shooting of the Black Stork.

"Noting a marked decrease in illegalities this season thanks to Government’s commitment to increase enforcement and the contribution of law abiding hunters towards eradicating abuse, KSU call on the judiciary to implement the harshest penalties for similar abuse," the association said.

In a reaction, Birdlife director Steve Micklewright said: “The FKNK repeatedly state that they are doing everything in their power to stop this kind of incident from happening, but we see very little evidence that these words are being backed up by real action to stop illegal hunting.

“The FKNK’s use of the media to condemn illegal acts after they have happened is no substitute for reporting illegal hunters to police and providing evidence that enables them to be convicted.”

It said its members had monitored the storks overnight and filmed the shooting. 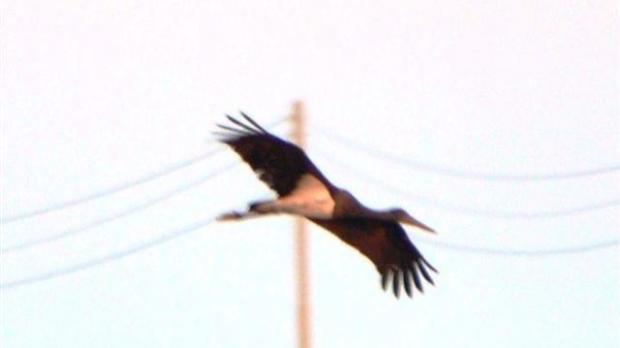 A stork photographed by a hunter yesterday.