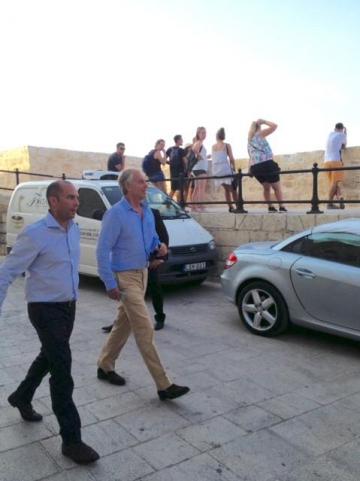 Former British Prime Minister Tony Blair and his wife were spotted in Valletta and Mdina today as the two visited the island for what the government said was a private visit.

In a brief statement issued this morning, the Department of Information said the two would attend a number of private engagements and meet the Prime Minister and Mrs Muscat.

The two strolled down Valletta's Republic Street in the morning and were later spotted taking in views from the bastions in Mdina. Eyewitnesses said Mr Blair attended 6pm mass at the Mdina Cathedral.