A colder, wetter spring is to blame for the “zillions” of stinging jellyfish that are plaguing bathers at the start of the swimming season, but they will soon disappear, according to marine biologist Alan Deidun. 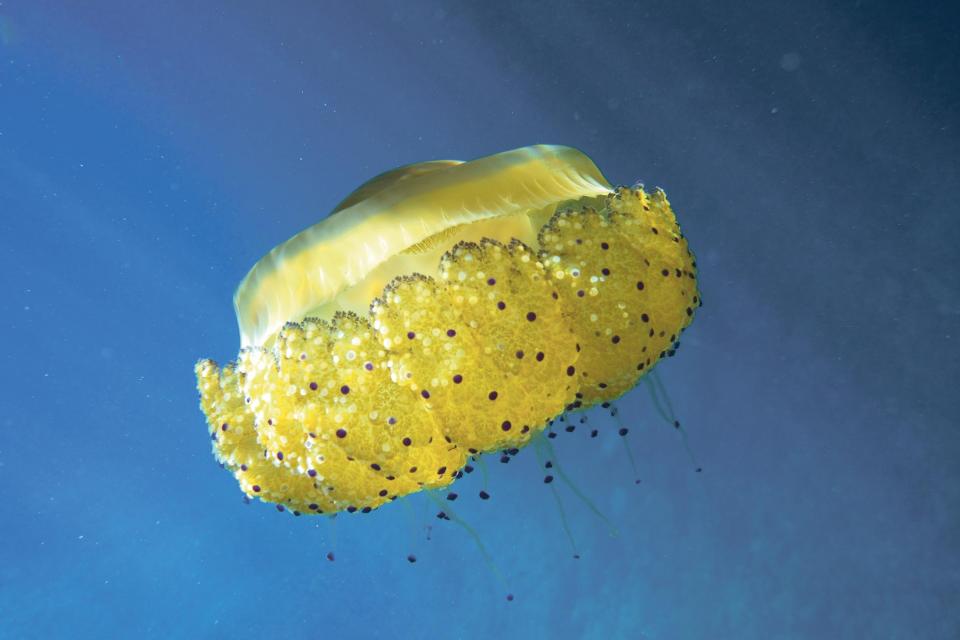 Prof. Deidun, who leads a local jellyfish monitoring programme, told The Sunday Times of Malta that the island was currently experiencing the tail-end of the annual mauve stinger jellyfish bloom, with stingers washing up en masse along with northern shores in recent days.

Normally, this annual bloom would be experienced earlier in spring, in April and May, as the result of a massive reproduction event happening in early winter every year.

The delayed appearance of the pests this year could be attributed to the prolonged rainy and cold spell that hit Malta in the spring.

Prof. Deidun explained that rainfall patterns on land impinged on jellyfish populations given that rainfall leads to runoff, which in turn disperses zooplankton populations within coastal waters that the jellyfish depend upon.  So the jellies blossomed later than usual.

That said, any bloom or swarm is unsustainable because of the massive volumes of food that the umbrella-shaped floaters consume. So Prof. Deidun expects such blooms to all but disappear in the coming days and weeks.

The jellyfish species spectrum, he said, was very broad and local populations were not solely composed of the mauve stinger.

“In recent weeks, in fact, many have observed the washing up on our beaches of what looks like a giant sheet of plastic, which in reality consists of loads of dead by-the-wind sailors (Velella velella), which are endowed with a bright indigo colour when they are alive.”

These colonies of polyps are propelled by a ‘sail’ protruding out of the water consisting of chitin, the same stuff insect wings are composed of.

These ‘living sailing boats’ (tellingly known as ‘qlugħ’ in Maltese) normally appear much earlier in the season, once again in testimony to the inherent response of jellyfish communities to variability in climactic conditions.

There are approximately 50 jellyfish species recorded to date in Maltese waters and, with the exception of a few – such as the mauve stinger – most of these species appear at specific periods of the year, such as the fried egg jellyfish (qassata in Maltese), which normally blooms during the lampuki fishing season in late summer. 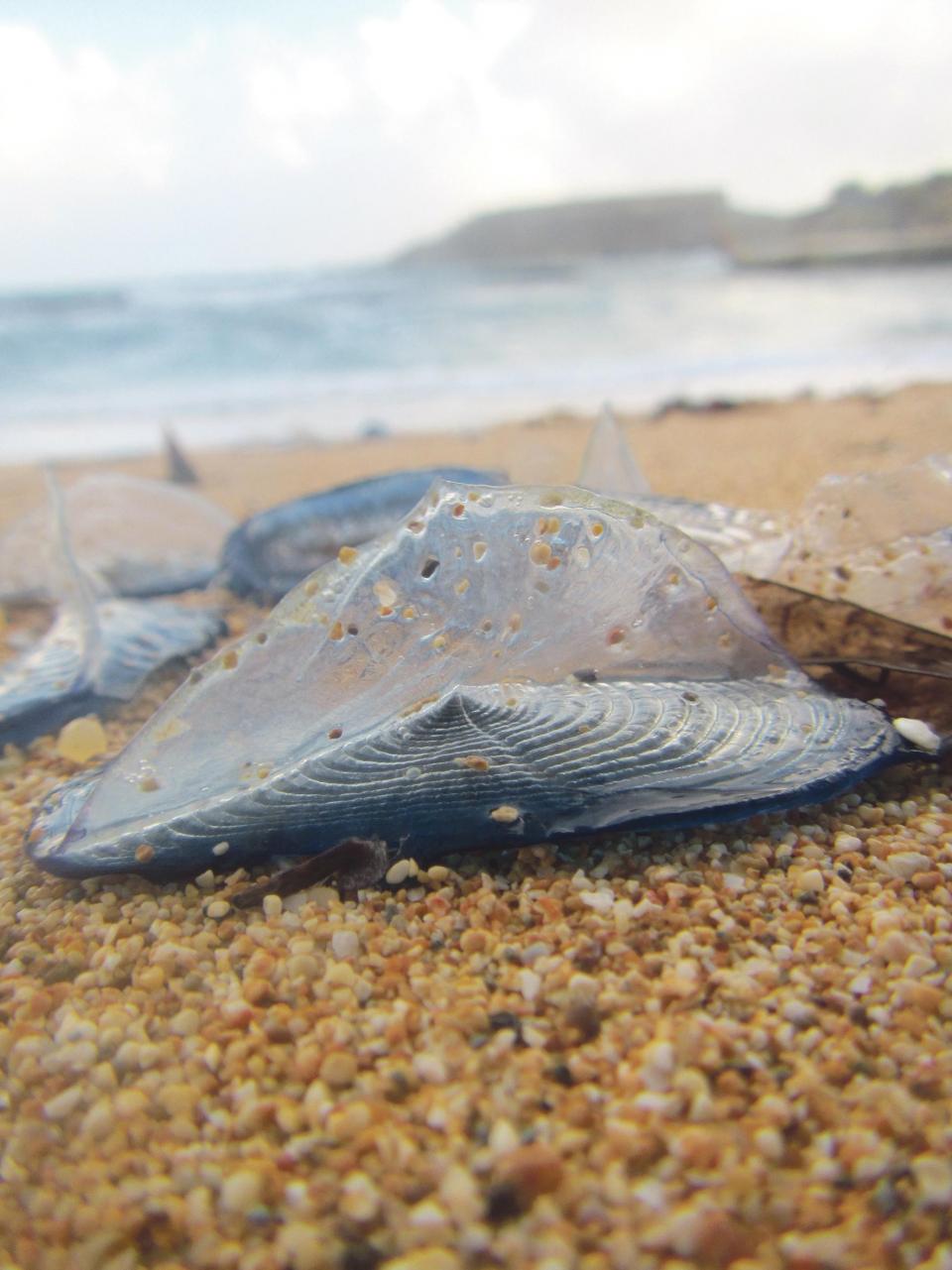 Jellyfish, Prof. Deidun said, have been blooming since time immemorial, “as records maintained in the Mediterranean since the 1800s for the mauve stinger aptly show”.

However, it is true that the frequency and magnitude of jellyfish blooms has increased in recent decades.

He is also keen to dispel the belief that all jellyfish species are stingers, insisting the vast majority are not.

The stingers one should steer clear of are the mauve stinger, the Portuguese man o’ war (which is actually a colony and not a single jellyfish and which is responsible for the only fatality known from a jellyfish sting in the Mediterranean), the box jellyfish (common in yacht marinas) and the nomadic jellyfish, an alien species native of the Indian Ocean.

The remaining 30 to 40 species present in Maltese waters, Prof. Deidun said, are “pretty much innocuous”.