BMW has revealed its latest electric vehicle – the iX3.

Sitting as the firm’s second battery electric vehicle (BEV), the iX3 arrives after first being showcased at the 2018 Beijing motor show.

Arriving above the smaller i3 in BMW’s range of EVs, the iX3 is the first car from the German car maker to be produced in China for export around the world.

Essentially an electric version of BMW’s popular X3 SUV, the iX3 packs a newly developed rear-mounted electric motor and battery setup, which produces 282bhp and should help it to travel up to a claimed 285 miles (459 kilometres) between charges. Power is driven through a single-speed gearbox. 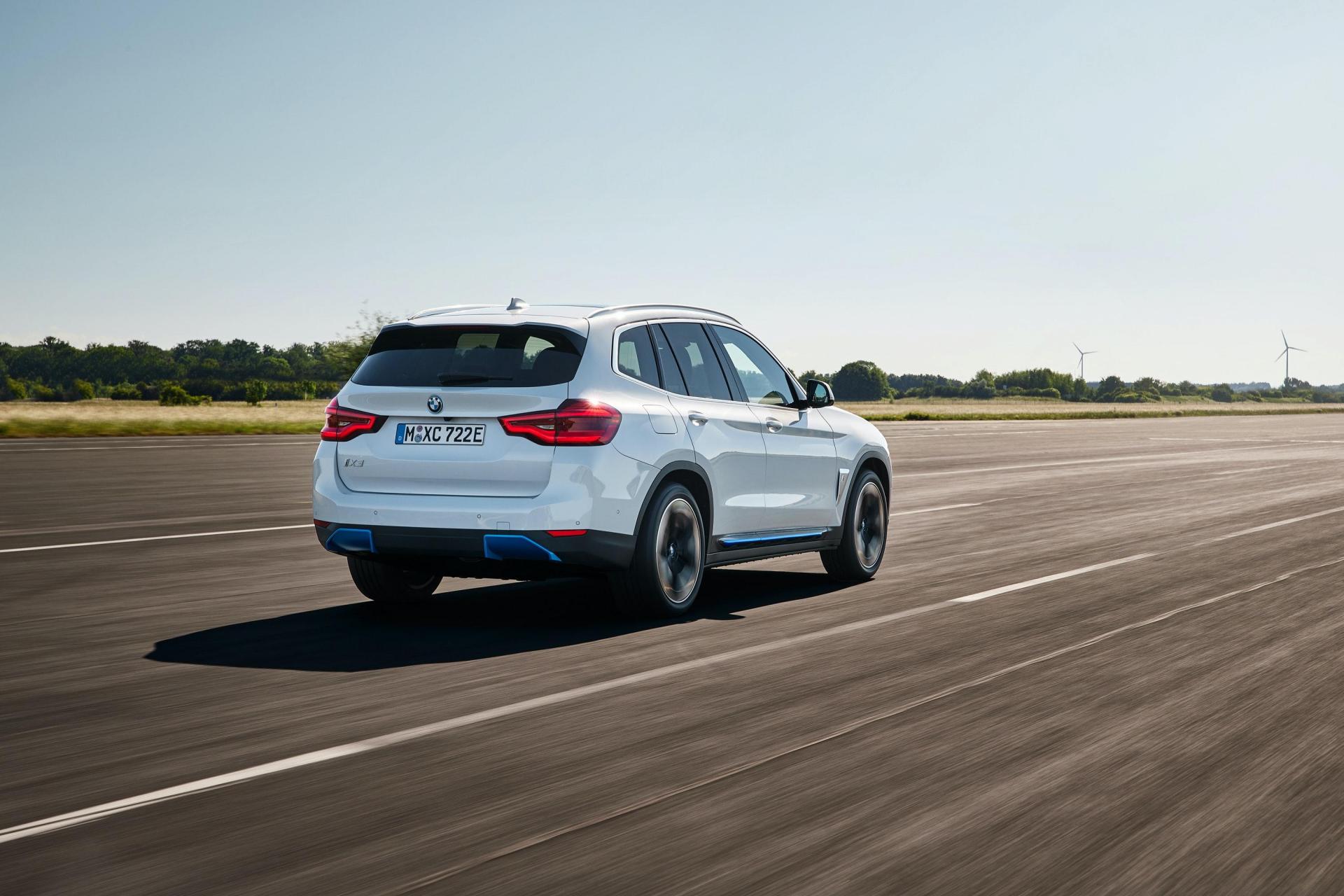 The iX3 mirrors many styling traits found on the regular X3.

In terms of design, it follows the look of the regular X3, albeit with a few noticeable changes. The front grille is blanked off, for instance, while the sills and rear bumper have been lightly revised. Blue styling elements have been included in the grille, sills and rear bumper which do help to differentiate the EV from its petrol-powered stablemates.