Fiction books in Maltese have grown in number impressively in the past few years, quite a number of them by new authors. An older author who has produced both novels and books of short stories since 1968 is the well-known politician and prolific writer Alfred Sant.

He is an author who likes to experiment with different genres of novel, whether historical fiction set in earlier periods or the modern age, or social/erotic novels set in our time. In this new work under review, he is writing a fantasy on a topic very popular in the Middle Ages, one that has occasionally drawn modern writers to it.

The Knights of King Arthur’s Round Table have drawn many a filmmaker as well, but the topic greatly associated with these knights, the Holy Grail (or Graal), is perhaps less known to the contemporary reader. The medieval Provençal authors from whom the Holy Grail legend originated called it the Saint Graal in French.

This was said to be the cup or bowl in which the biblical Joseph of Arimathea conserved some of the blood shed by Jesus Christ during his passion, an object (real or imaginary) greatly attracting the devotion of Christians, the place where it was conserved being unknown. It was this object that the famous Knights of the Round Table were at one point directed by King Arthur to traverse all lands in order to retrieve it and bring it back to be conserved in a place where pilgrims could come to revere it. 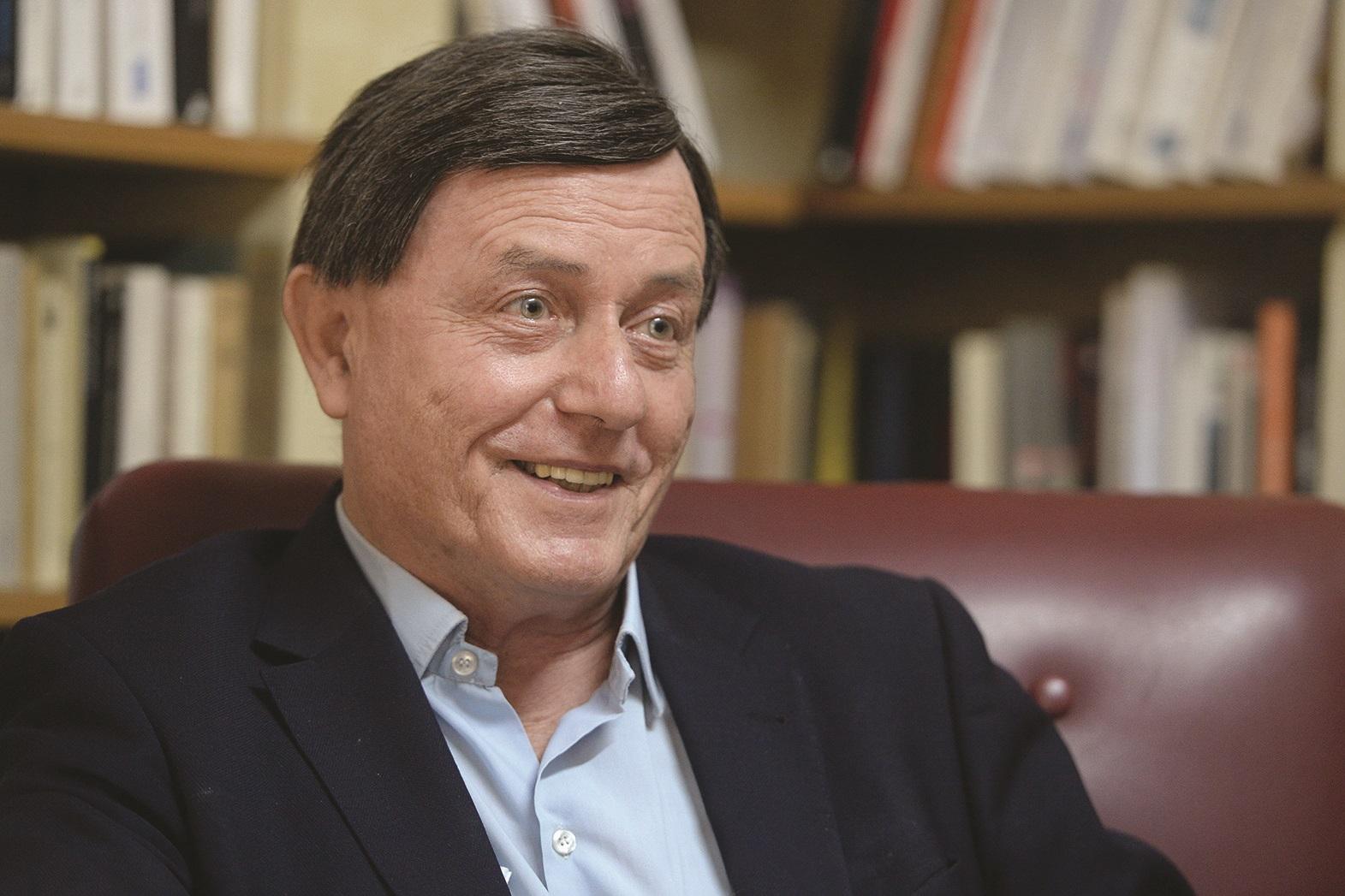 This novel is about one of these knights whom the author calls Markald, not a name mentioned in the literature of the Round Table, and is, I feel sure, a name concocted by the author. He is a notably good knight, a fine warrior and morally sound; he had married Elinor, sister of Arthur’s Queen Guinevere (Gwinevra in Maltese) and stayed away from sex since her death.

This meant that he was worthy of finding the Holy Grail, since this could only be found by a morally blameless knight. He learns from the wizard Merlinu, the man who had persuaded the king to send out the knights on this quest, that in his view what was more important than the Grail or cup itself was the earthenware platter or paten on which it stood, for according to Merlinu, the cup, made of crystal according to him, had long lost traces of blood, while the platter would probably have stains of dried blood on it.

Unlike his fellow knights, Markald decides to ride along a path leading through the thick forest towards the south. Sant sees Camelot as being in the land of Gallja (modern France most probably) as the medieval authors had indicated, and not in England, as the 15th century English author Sir Thomas Malory had written.

After some time, he reaches a city called Benedikte, where he makes himself very useful militarily against the incursions of violent and robbing invaders.

Here, a learned monk tells him that he had seen an old document referring to the Holy Grail, a document brought to Benedikte by people from Neaple (clearly this is Naples) and this leads Markald to go to that city. Astonishingly, he now learns about the existence of the sea and, more importantly, he learns about the probable connection of the Holy Grail with two small islands to the south of Trinacria (Sicily, of course) called Melite and Gaulos, names immediately decipherable to Maltese readers.

Wishing to go farther south, he boards a largish vessel going to Trinacria for commercial purposes, but a great storm carries the vessel past that great island and pushes it into a bay of an island they learn is Melite.

Here, like St Paul and St Luke, he is warmly welcomed and becomes the guest of the governor of the island in his Kastra (castrum in Latin is a fortified camp), and it is from him that he learns that Luwik (Luke, the evangelist and chronicler) had also visited the nearby island of Gaulos, an island of mystery with its temple of gigantic boulders and its connection with a Greek goddess.

It is here that the novel reaches a lengthy climax, for the governor/antistes (bishop), a sinister character, of this island has had and still has some mysterious relationship with the mysterious and apparently immortal creature Calebs (Homer’s Calypso) and puts Markald in touch with her where she exists in a cave inaccessible to most.

It is by her that he is charmed magically into a lengthy sexual session (the only sexual episode in the novel), and it is through her to that he manages in an unpredictable way to achieve his quest to attain the Holy Platter. Magic and wizardry in this novel are a mixture of Nordic mythology and Christian miracle. 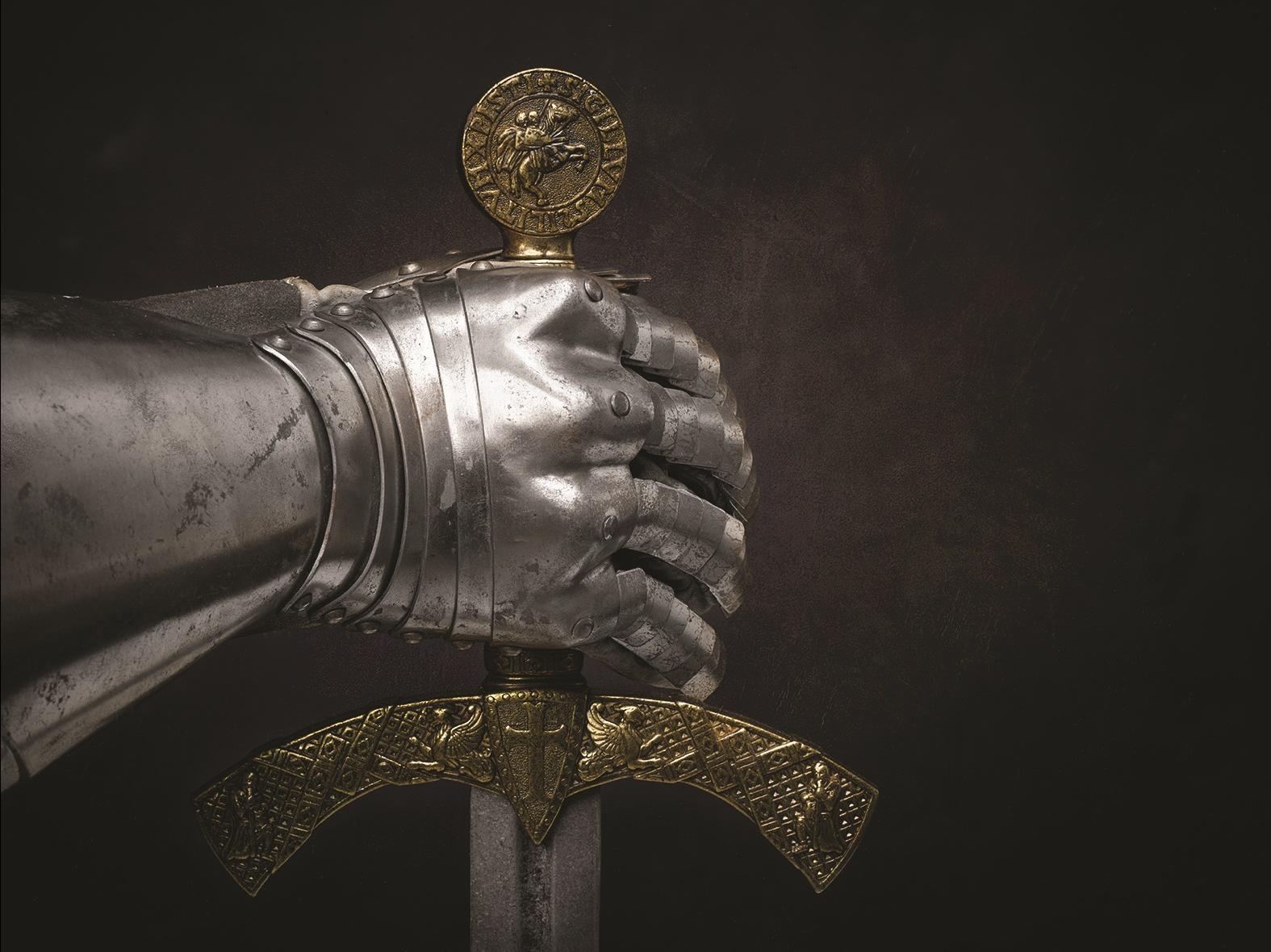 This novel is about a medieval knight whom the author calls Markald. Photo: Shutterstock.com.

In the last part of the novel, Markald finds Camelot greatly changed following the death in battle of King Arthur, and the utter breakup of the Round Table. The Holy Grail, he finds, has been discovered by Sir Parsifal, and Markald makes sure that the Holy Platter, like the Grail, has a great and lasting home. He also makes sure that Gwinevra, now without both her husband and her lover Ser Lancillott, can spend her last years peacefully and holily.

Sant does a good job of creating a Europe in a very troubled period following the collapse of the great empire of Mura (presumably meant to be Ruma or Rome) and tries to show how as Markvald goes south he finds the language spoken in the various cities changing (presumably from the Romance languages) with the arrival of Aramajk, presumably standing for semitic languages, and when he reaches the Maltese islands it seems that Aramaic is predominant.

This novel, though very readable, lacks the colourfulness of much Round Table literature, especially in the accounts of Markvald’s martial encounters. Sant avoids the anglicisms that become ever more common in Maltese usage.

The storytelling is most complex and compelling in the long Maltese/Gozitan episode, and the use of an owl’s eerie call is used skilfully to prepare the reader for extraordinary events.