San Lawrenz council is calling in the police after all the English language books deposited in a unique phone box/lending library were stolen.

Mayor Noel Formosa said the council set up the library some years ago in a working colonial-style red phone box in the village square. People were invited to take the books on condition they return them when read.

But, over the past six weeks, the English language books have disappeared, while books in other languages, including French and Italian, were not touched. 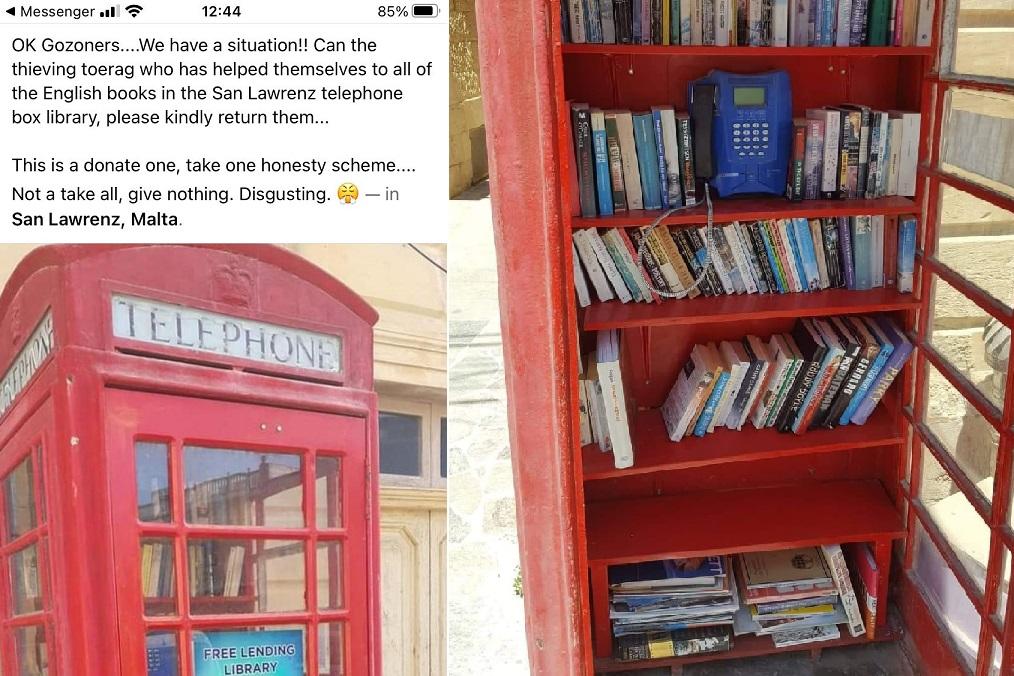 Shortly after a Facebook post was uploaded exposing that the books had gone missing, residents turned up with freshly-donated books, filling most of the shelves once more.

Formosa thanked the donors as well as Laurie Xuereb and his friends at the St Laurence Spurs Bar for taking care of the library.

The council is to hand CCTV footage to the police to assist in the investigation.